A bizarre glitch on TikTok appears to have robbed users of their follows – and blocked others from the video sharing platform entirely.

The app confirmed the glitch on Twitter at 22:25 BST on Monday night, which reduced users’ follower accounts to zero.

‘We’re aware of an issue that is causing some accounts,’ it said. ‘Following and/or Followers count to appear as zero. We appreciate your patience as we work to resolve this.’

About three hours later, it then said: ‘This issue has now been resolved. Your Following/Follower count display should be back to normal. Thanks for bearing with us!’

But frustrated users have taken to Twitter alleging that they have been banned from TikTok outright and can’t access the service. 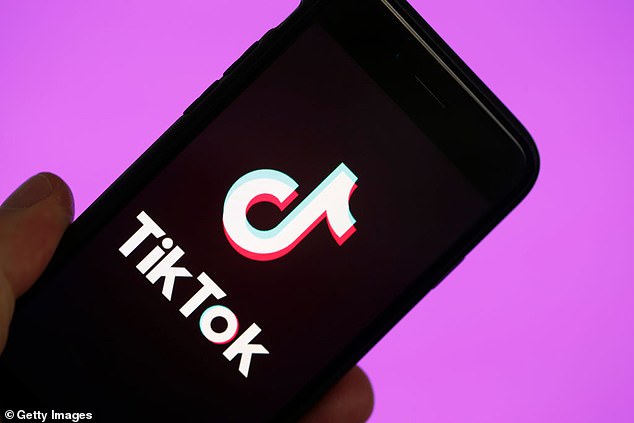 TikTok is a Chinese social media app where users can live stream, create short videos and music videos and Gifs with a host of functions (file photo) 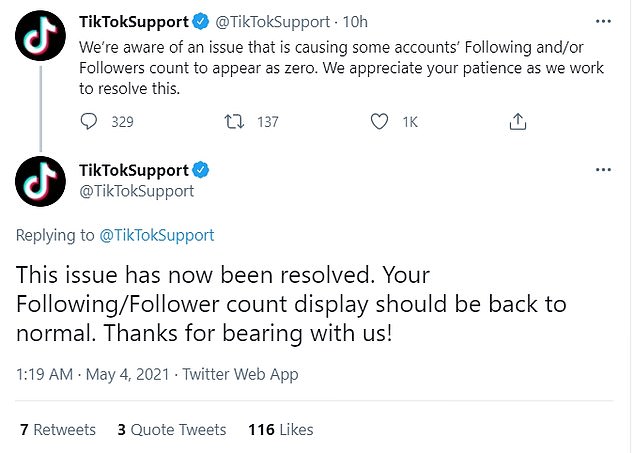 The app confirmed the glitch on Twitter at 22:25 BST on Monday night, which reduced users’ follower accounts to zero

One user said: ‘I am a creator with more than 2 million followers. I think it was a mistake that I was banned since my content is mostly for children and adolescents.

Another user was reportedly told in an email from TikTok telling them they’re not old enough to have an account.

‘A friendly reminder that since there was an indication in your account that you are under 13, your account has been permanently removed,’ TikTok said in the strangely-worded message, which was posted in a screenshot to Twitter.

‘Per our terms of use, our users under age 13 should be in an age appropriate experience for our younger TikTok users.’

The user who posted the screenshot said ‘TikTok believes I’m underage but I’m NOT I’ve sent all my information.’ 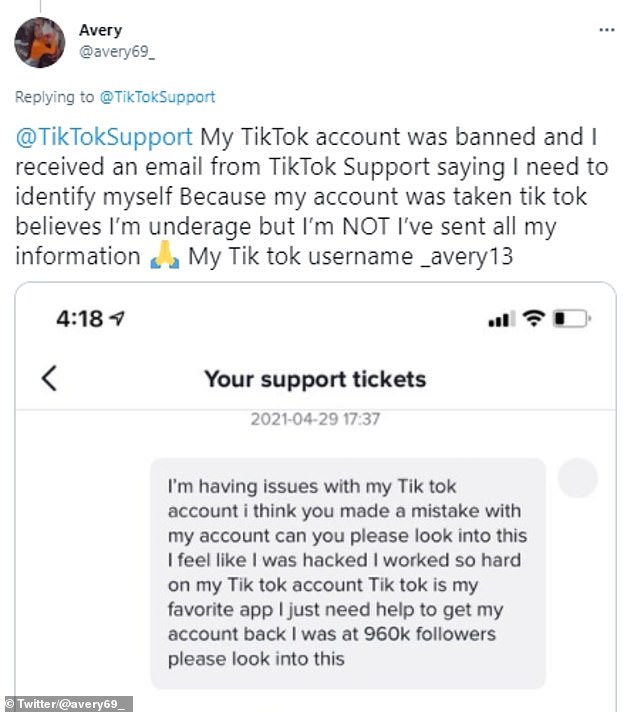 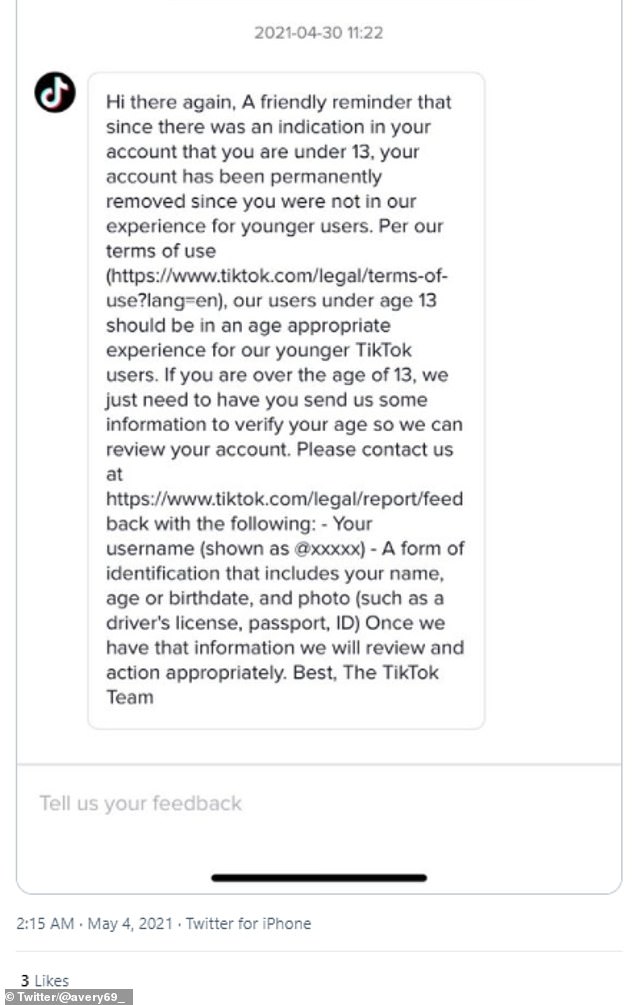 Screenshot from Twitter. The oddly worded reply from TikTok effectively accuses the user of being underage. MailOnline has contacted TikTok for more 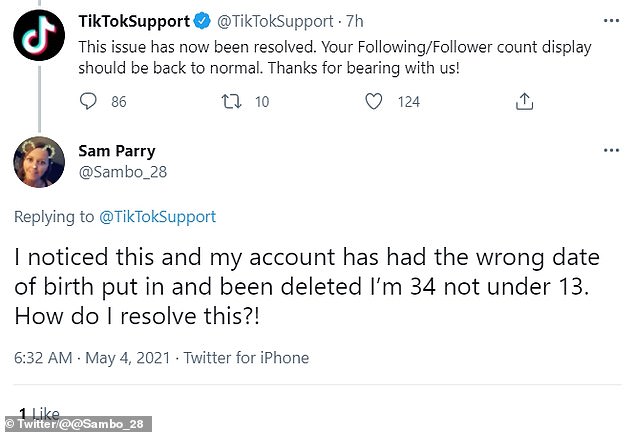 Another user said: ‘My account has had the wrong date of birth put in and been deleted I’m 34 not under 13. How do I resolve this?!’

TikTok allows users as young as 13 to create an account, although it has a minimum age requirement of 16 to use its direct messaging feature.

It also prevents users from receiving unsolicited messages from other users who they are not friends with and has a 16-and-over age limit for a user to host a live stream.

As well as this, the China-based social network doesn’t allow videos or images to be shared within direct messaging.

Yet another user on Twitter said their account had been banned after entering their date of birth incorrectly.

Another tweeted: ‘My account has had the wrong date of birth put in and been deleted I’m 34 not under 13. How do I resolve this?!’

WHAT IS TIK TOK?

TikTok is a Chinese social media app where users can live stream, create short videos and music videos and Gifs with a host of functions.

TikTok is known in China as Douyin where it was launched in 2016 and then made more widely available around the world in 2017.

Douyin is still the version of the app used in China, available to download separately to TikTok.

The app was merged with popular music video lip-syncing app Musical.ly, also with headquarters in China.

Most children use the app to film themselves lip-syncing to chart hits.

The Beijing based social network has more than 500 million active users and the company is now worth more than $75 billion (£58 billion).