Netflix’s new true crime docuseries, Tiger King: Murder, Mayhem and Madness, is the craziest thing to take over the streaming platform in, well, ever. It follows the true story of Joe Exotic (real name: Joe Maldonado-Passage) and is currently serving a 22-year prison sentence for attempting to hire a hitman to murder his staunch critic Carole Baskin, who runs Big Cat Rescue in Tampa. (He was convicted in 2018.) Besides showing Joe’s crimes, the show also delves into a storyline that suspects Carole of murdering her first husband, Don Lewis, who disappeared in 2017 and has never been found. (Worth noting: Police never uncovered evidence of foul play or really any significant evidence whatsoever.)

Now, Carole’s current husband, Howard Baskin, has taken to Facebook in a new video to explain what he calls the “deception that took place in the making of Netflix’s Tiger King” in the beginning of the video.

Howard explains that the directors of Tiger King (Eric Goode and Rebecca Chaiklin) came to him and Carole because they said they wanted to make a big cat version of the famous documentary Blackfish, which exposed abuse at SeaWorld. He says they were told that Joe Exotic would not be the focus, and that “while they would briefly mention the disappearance of Carole’s husband Don 23 years before as part of the background and context on her, it would be told in a truthful way.”

But Howard says, “Not only did they lie about that, they never gave us a chance to respond to many of the false claims.”

He goes on to say that the series was made over five years, and that the filmmakers were at Big Cat Rescue eight times for one to three days of filming and made the couple feel like partners to end big cat abuse.

“In a way the series is about con artists. People like Joe Exotic and Don Antle, who con people out of their money by convincing [visitors] paying to pet tiger cubs somehow helps conservation,” Howard continues. “In my view, the biggest con artists of them all are Eric Goode and Rebecca Chaiklin… as far as I can tell, their only goal was to make something as inflammatory and salacious as possible so that Netflix would pay them millions for it.”

He goes on to defend Carole’s innocence, stating that she had no involvement in Don’s disappearance and that the “vicious rumors” spread by Don’s family in Tiger King were “absolute nonsense.”

Then, in a semi-bizarre turn, Howard then mentions how Kim Kardashian tweeted asking her followers if they thought Carole had killed Don.

Wow the amount of texts I’ve gotten about Tiger King since I tweeted about it all have mentioned their belief that Carol killed her husband! What are your thoughts? Do you think Carol killed him?

“I doubt if Kim will see this video, but if she were to come and spend an hour with Carole, I know she would have her answer and I know what it would be,” he continues. “And of course we would welcome her visiting if she wanted to.”

Howard also adds, “In 15 years of living together, we have never had an argument. We have never even had a harsh word where the other one had to come back later and say ‘I’m sorry I said that.’ We make decisions together every week, and we don’t always agree.” When that happens, he says the couple talks about it and eventually come to some kind of understanding.

“I cannot imagine having a more considerate or caring spouse. What I’m not sure anyone can imagine is how difficult it is as a husband to have the woman you love so grossly mistreated by people we trusted and betrayed us,” he says.

“Unfortunately the injustice in the film does not stop there,” Howard continues. He defends the size of the big cats’ cages at BCR, dismissing claims by Joe Exotic that they’re too small and unkept. And he also calls out more of Joe Exotic’s lies, including his country music career. 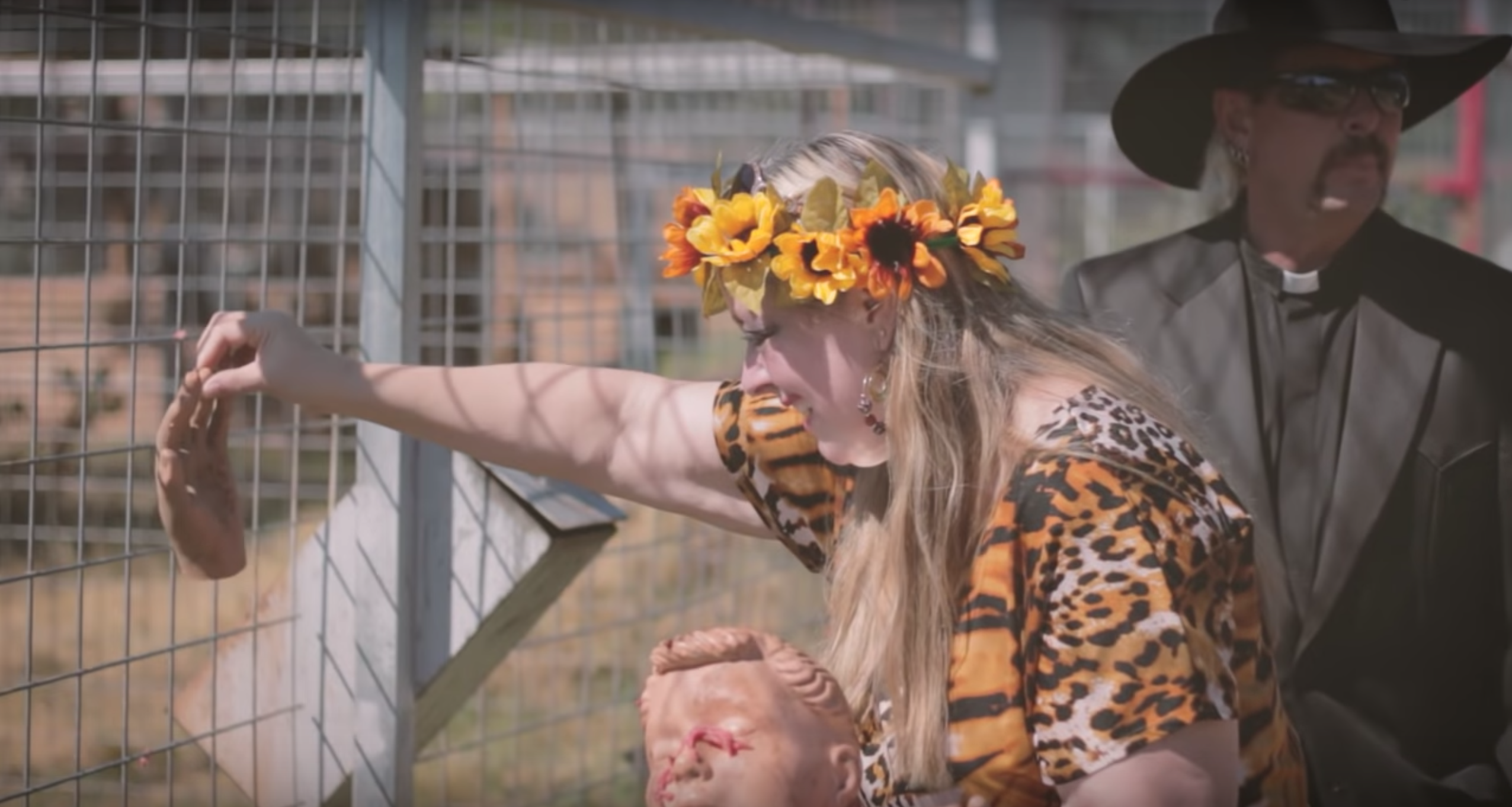 “Tiger King doesn’t even tell people that when Joe was claiming to be a country western singer, he was actually paying Danny Clinton and Vince Johnson to write and sing the songs, and Joe was just lip syncing and lying about being a country singer,” Howard says.

However, he says the silver lining is that millions of people have watched the series and realize they shouldn’t patronize these “cub petting schemes.”

Before Howard’s video, BCR’s Instagram account also issued a public statement about the Netflix series in a March 26 post. “Big Cat Rescue worked with the directors of Tiger King in good faith & its sensationalism is extremely disappointing,” the post reads. “We understand concerns & remain focused on our mission. We don’t respond to allegations or hateful statements but will monitor for questions about efforts to save these majestic animals.”