Three new features coming to your iPad this week (and one update it’s STILL missing!) 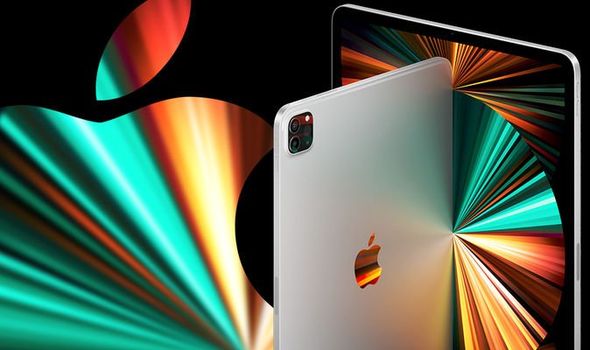 Apple is bringing a bucketload of new features to iPhone and iPad owners this week. iOS 14.5 and iPadOS 14.5 were confirmed to roll out to iPhone and iPad owners respectively sometime this week during Apple’s hour-long announcement on April 20, which was streamed online to fans worldwide. Both operating systems have been in beta testing with developers since April 6, so we already have a pretty good idea of what the biggest changes in the feature-packed updates will be. If you don’t fancy any surprises when the update arrives on your tablet, here are three of the major changes coming to your iPad this week. And one missing feature for good measure.

Although we don’t know exactly when Apple will flip the switch, we can guarantee that it will be before Friday. That’s because iOS 14.5 and iPadOS 14.5 are required to set-up and use Apple’s new AirTags, which were also announced during its ‘Spring Loaded’ showcase event this month. These small trackers are attached to keys, wallet, and luggage to add your possessions to the Find My app on your iPhone and iPad – where it can be located, like a lost iOS device. AirTags were available to pre-order on April 23, with the first units available on store shelves from April 30. Those who were front of the (digital) queue for pre-orders should start to receive their AirTags through the post at that time too.

Apple will want to make sure iPhone and iPad owners have had time to update their devices to the latest operating system so they can take out their shiny new AirTags from the box and start the set-up process instantly (without waiting for a new version of iPadOS to download, back-up, and install). With previous updates, Apple has started to push out the new software on Tuesday, although there’s no guarantee it will follow the same pattern this time around. 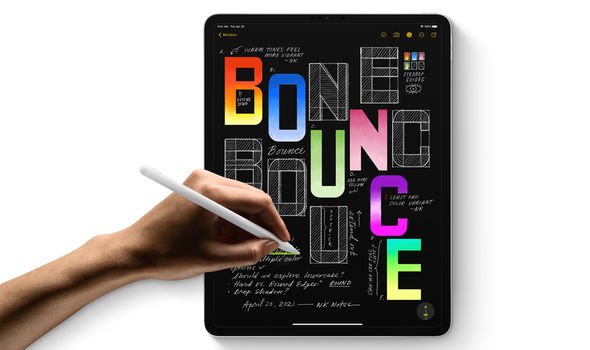 Apple is bringing a deluge of new emoji to both iPad and iPhone owners. In total, more than 200 new characters will be added to the operating system to jazz-up your text messages, tweets, and – if you’re feeling bold – work emails. Some of the biggest changes to the emoji library in iPadOS 14.5 resolve around skin tones. The pictograms for couples can now be customised so that each member of the couple has their own distinct skin tone. Until now, these emoji were still restricted to the default Simpsons-like yellow shade. Apple added the same feature to the icons of couples holding hands back in late 2019.

There are new smiley-style emoji to represent someone exhaling, a face with spiral eyes, and a face covered with clouds. Hearts are some of the most popular emoji, so Apple is adding a heart on fire and one patched-up with plasters.

As well as the new additions, Apple has also tweaked some existing emoji. Most notably, it has removed the two droplets of blood falling from the needle in its syringe emoji, ostensibly to make the whole process seem a little less… bloody. The fluid inside the syringe is changing from red to clear too. People have been increasingly turning to this emoji to represent vaccination, so this change makes the icon look a little more like a Moderna shot, and not a blood sample.

And finally, Apple is tweaking the icon for headphones to make it look like its AirPods Max. The Californian company has already tweaked the phone, computer, and earbud emoji to look like the products in its line-up. Of course, when sending this icon to friends on Android or Windows 10, it will be displayed as the Google and Microsoft equivalent, which – unsurprisingly – looks more like a generic pair of over-ear headphones, rather than a specific Apple gadget. Something to be aware of if you’re chatting with friends on other platforms.

If it sounds like juggling all of these new emoji could be challenging, iPadOS 14.5 is also bringing the ability to search through the complete emoji library from the keyboard. 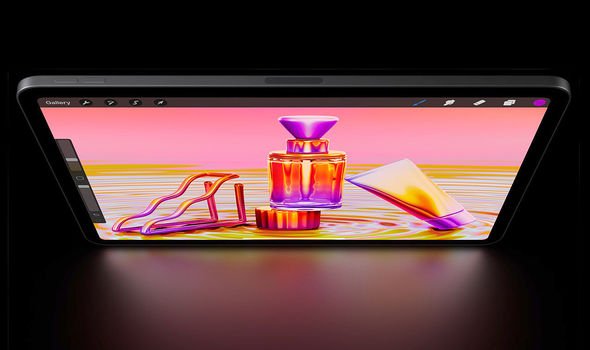 If you’re subscribed to Apple Fitness+, you’ll be pleased to know that iPadOS 14.5 brings the ability to beam your latest fitness class to the big screen (without splashing out £139 for an Apple TV). Until now, Fitness+ classes were only available on the Apple TV, iPad, or iPhone. With the latest operating system upgrade, Apple is adding support for AirPlay and AirPlay 2 for these classes.

Provided that your telly is compatible with these standards, you’ll be able to wirelessly send the feed from your iPad to the living room telly. If there’s an Apple TV plugged into the TV in your local gym or hotel room, you’ll be able to work out without craning to see the instructions on the smaller iPad screen too. A number of popular brands, including Samsung, Sony and LG, have added support for AirPlay to their televisions in recent months, so there’s a pretty good chance that your Smart TV already supports this option.

Unlike watching a Fitness+ workout tutorial on the Apple TV, you won’t be able to see live statistics from your Apple TV on the big screen. For that, you’ll need to raise your wrist. However, this is a small nitpick.

Those lucky enough to have a PlayStation 5 or Xbox Series X or Series S since their launch (both are still in notoriously short supply worldwide) will be able to pair their latest controller with their iPad, following the update to iPadOS 14.5. Apple added the ability to pair a number of popular controllers with the introduction of iPadOS 13.4, which also coincided with the launch of its subscription games service Apple Arcade. But its tablet hasn’t been able to recognise the latest controllers from Sony and Microsoft until now.

Amazingly, some of the best features of the next-generation controllers – like the PlayStation 5 controllers’ haptic rumble – will work when playing on an iPad. So, if the game you’re playing on Apple Arcade requires a rumble, you’ll get the full-throated effect also seen on the latest PlayStation 5 exclusive games. 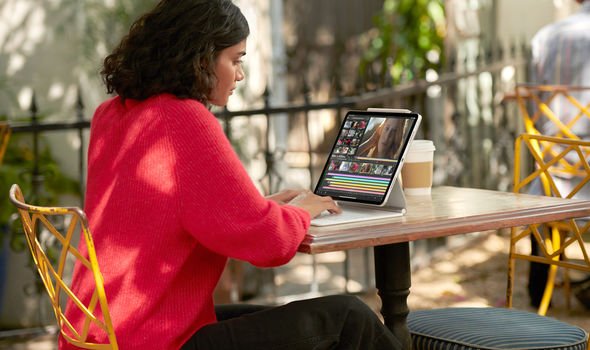 While there’s plenty to like about iPadOS 14.5, including the fact that the Apple logo won’t be displayed in the wrong orientation when turning on the tablet in a landscape orientation (like when using the Magic Keyboard accessory) and the fact that handwriting recognition with the Apple Pencil now supports French, German, Italian, Portuguese, and Spanish, there is still something missing.

While iOS 14 enabled iPhone owners to place their flashy new widgets onto the homescreen to break-up the endless grid of rounded app icons …iPad owners still can’t do the same thing. On the tablet, Apple restricts its useful new widgets to a single column on the left-hand side of the first page of apps.

It’s a little disappointing, especially that iPad is far ahead of the iPhone in a number of other categories – it’s more powerful, had the LiDAR scanning tech before Apple’s smartphone, and now boasts an ultra-wide camera as part of its Face ID set-up (something you won’t find on any iPhone model).

So, why hasn’t Apple enabled this feature on iPad yet?

Developers have rushed to support the new widgets feature, adding clever new features and shortcuts. But when they’re all restricted to a single spot on the home screen, it’s often quicker to just launch the app in question on iPad – rather than swipe back through three pages of apps to find the shortcut. With iPadOS 14.5 not bringing parity between the iPad and iPhone on this front, we’ve now got our fingers crossed for iPadOS 14.6 or iPadOS 15.