Home » Lifestyle » This Is Your Favorite ‘Grey’s Anatomy’ Relationship, Based On Your Zodiac Sign

This Is Your Favorite ‘Grey’s Anatomy’ Relationship, Based On Your Zodiac Sign

Like most Shondaland shows, Grey’s Anatomy has a way of ripping your heart open with every single tragedy and heartbreak. The upside? With new couples come new relationships to obsess over, which can often help mend your broken heart. In the midst of all the anxiety-inducing moments on the 16-season-and-counting series, the relationships can be a glimmer of hope. While you may already know the couple you just can’t get enough of, your zodiac sign could also play a part in your favorite Grey’s Anatomy relationship.

If you’ve been tuning in to Grey’s Anatomy on ABC since the show started in 2005, or you recently marathon-watched the last 16 seasons, you’ve definitely come across some pretty memorable couples — all of which have their own sets of unique characteristics and different attitudes about relationships in general. Based on your zodiac sign, there are probably some couples on the show you can relate to or appreciate more because you see certain things in them that you look for in your own love life or that you recognize in yourself. Whether you value adventure or reliability, enthusiasm or intuition, optimism or practicality, there are certain traits you tend to look for in a partner, and your astrological sign might just play a part in that. Here is the Grey’s Anatomy couple you most likely adore, based on your sign: Aries are known for being enthusiastic, impulsive, and passionate, all things that no other couple on Grey’s Anatomy encompassed more than Izzie and Denny. After falling in love quickly and wholeheartedly, Izzie’s impulsiveness became very clear after she cut Denny’s LVAD wire in an attempt to speed up his heart transplant.

While their love was undoubtedly strong, it caused them both to make some questionable decisions without thinking of the consequences, like Aries can often tend to do. It may have taken Owen a million years to realize how he felt about Teddy, but despite being entirely oblivious to his feelings for her, he was always there for her. Before they finally told each other how they felt on the Season 15 finale, Owen and Teddy were the best of friends and could always count on one another.

Similarly to Owen and Teddy, Taureans are reliable, loving, and persistent. This earth sign doesn’t start a relationship until they have a solid foundation, which Teddy and Owen definitely built over the years, and can now use to live a happy life together. 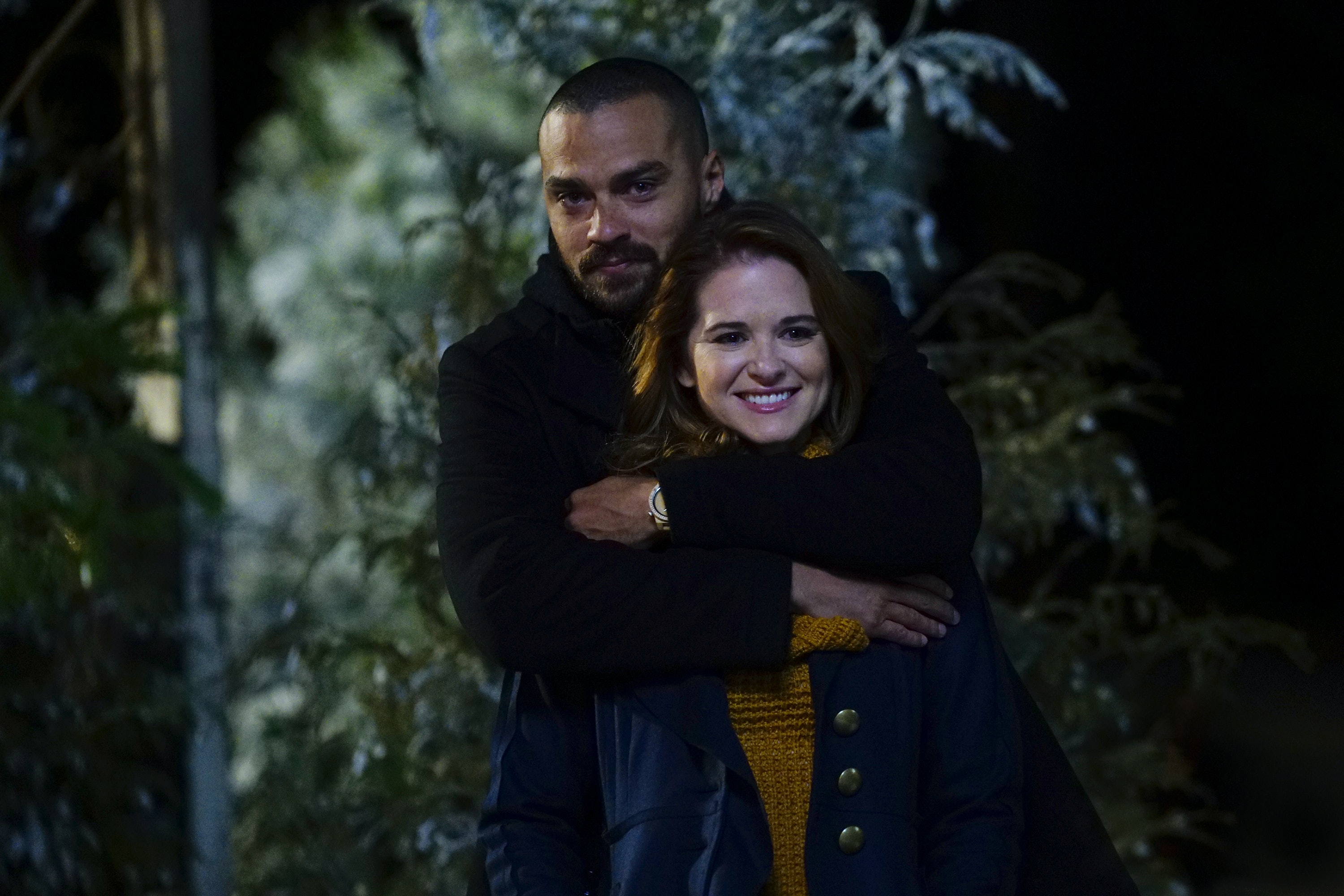 Granted, April and Jackson may not have ended up together, but for a while, their relationship was beautiful. It stemmed from a super close friendship the two began to form when they were first introduced on Grey’s Anatomy on Season 6.

Geminis are known to fall in love with their "best friends," or to seek out partners who remind them of themselves, which is exactly what happened between Jackson and April. 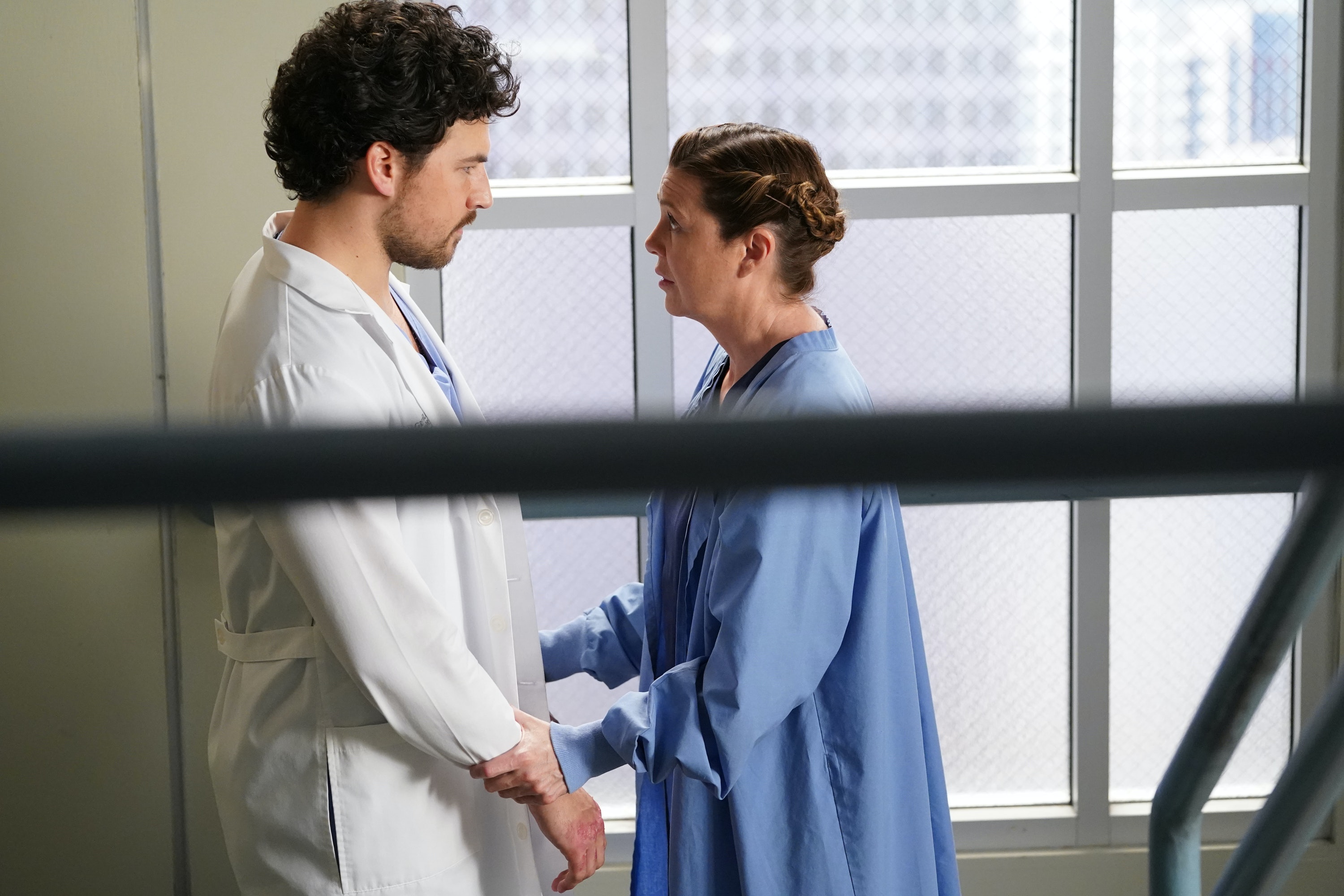 Season 15 brought viewers a new love interest for Meredith: Dr. Andrew DeLuca. While it took these two half the season to actually accept their relationship and the feelings they have for each other, by the end of it, they both admitted they’ve fallen in love.

Cancers are emotional, loving, cautious, and protective, as are Meredith and DeLuca. Meredith hadn’t let herself really fall for someone since Derek died, and DeLuca’s last relationship with Sam ended really sadly when she was forced to move to Switzerland after learning she faced deportation. So, understandably, they were both a little hesitant about falling in love again in an attempt to protect their hearts, the same way Cancers sometimes tend to be. 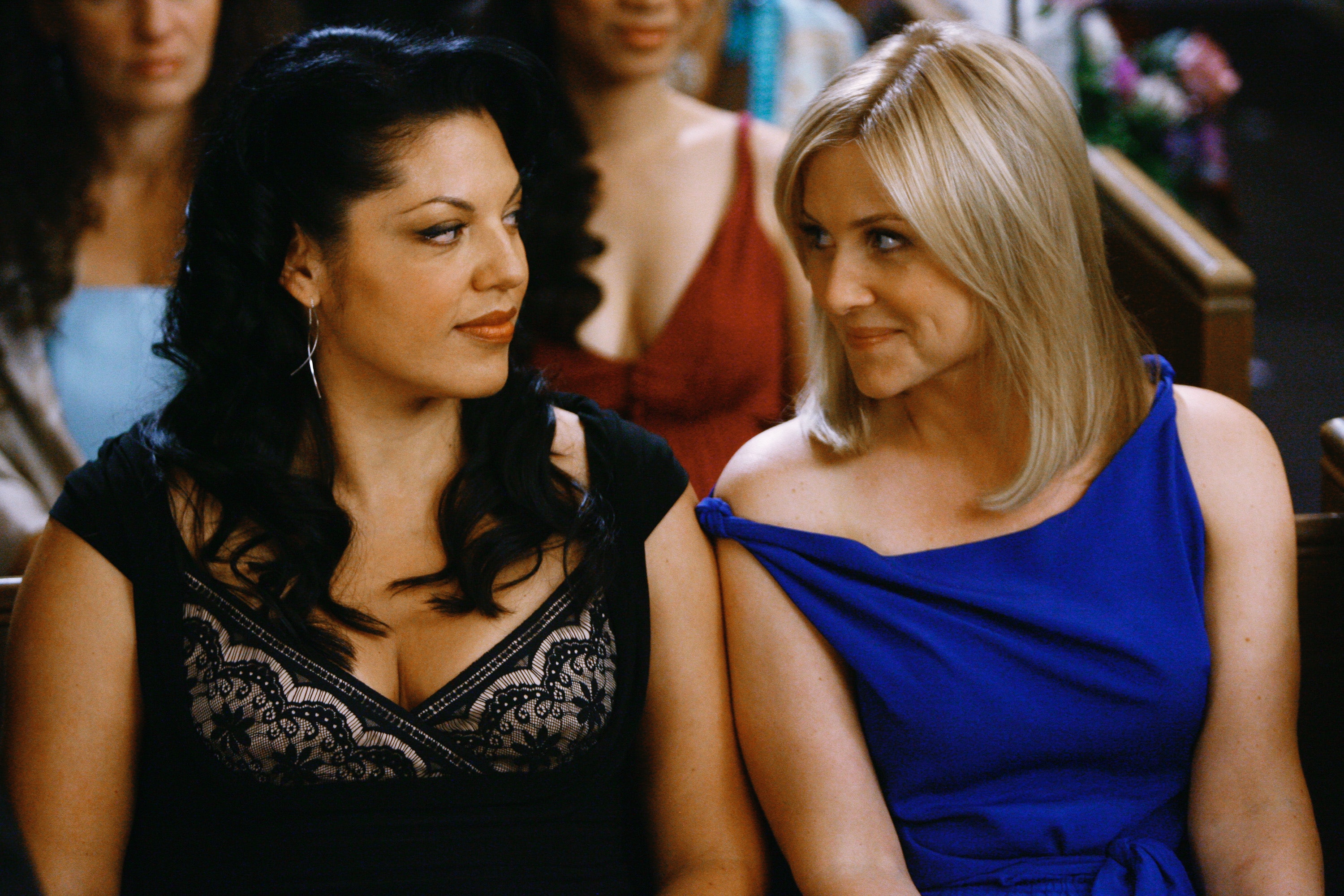 One of the things Leos are known for is their immense self-confidence. They know what they want and aren’t shy about expressing it. They’re also incredibly cheerful, passionate, and loyal people. Arizona and Callie perfectly encompassed that. They both thought highly of themselves, and sometimes got a little caught up in their own needs, while simultaneously loving each other fiercely, like Leos do. Virgos are modest, shy, reliable, and intelligent, but they can also get caught up in the pressure of being perfect, and can be very self-critical at times. Remember on Season 15 when Nico accidentally and tragically killed that patient because he was too cocky? Schmitt was there for him when he was being extra hard on himself, and he needed someone to tell him it was going to be OK. Virgos need a partner who can do that for them and love them unconditionally, despite their imperfections. 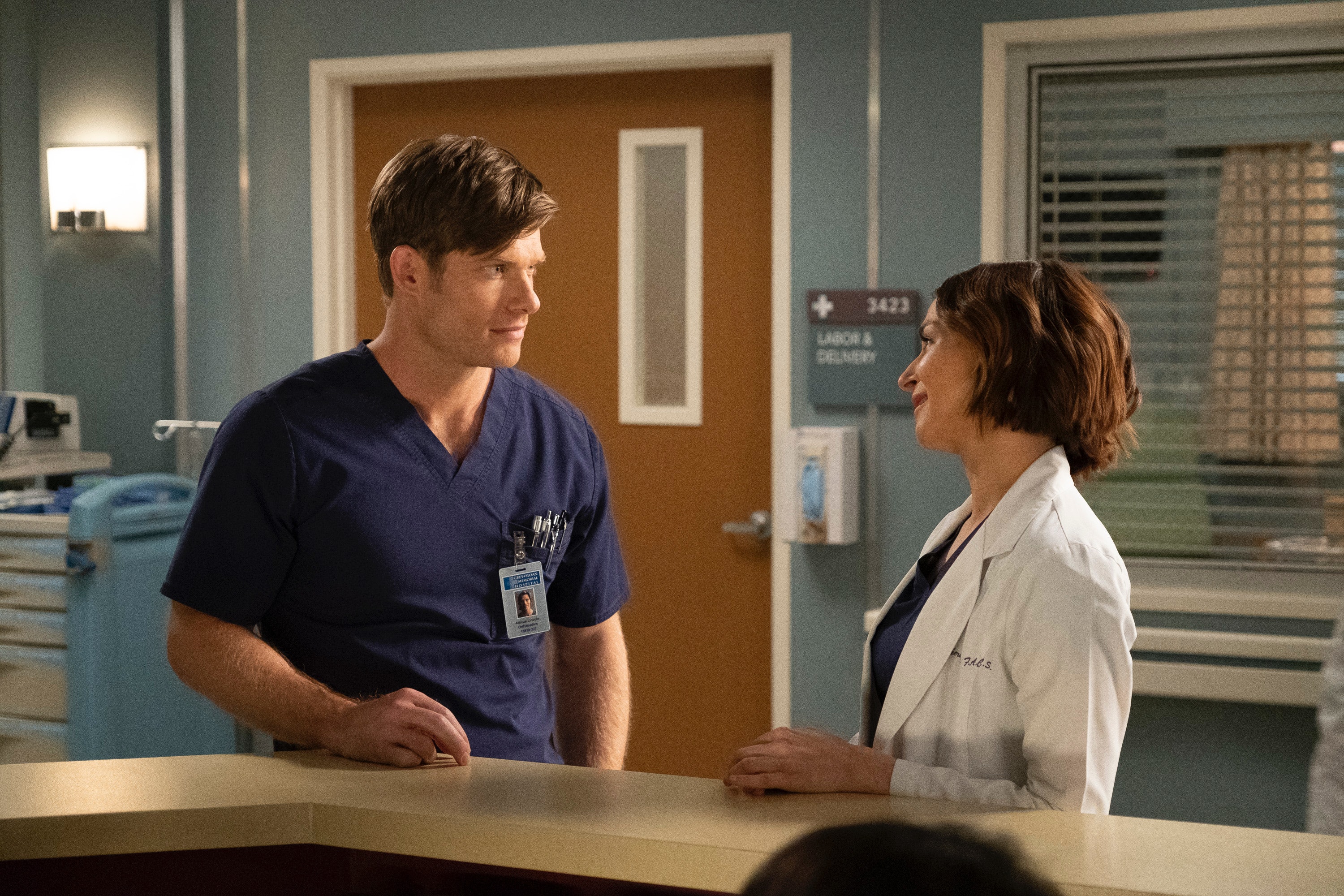 One of Season 15’s most pleasant surprises, IMO, was when Amelia and Link started hooking up and were slowly making their way toward actually dating. Libras are romantic, charming, easygoing, and sociable — all the things Amelia and Link are, too.

This sign is also known to give off a major vibe of self-confidence, which can be incredibly attractive to outsiders. Amelia and Link are both beyond talented surgeons, and because they know how good they are, they don’t hesitate to show it off. But they can also be self-conscious at times, and they need someone to remind them how incredible they are. 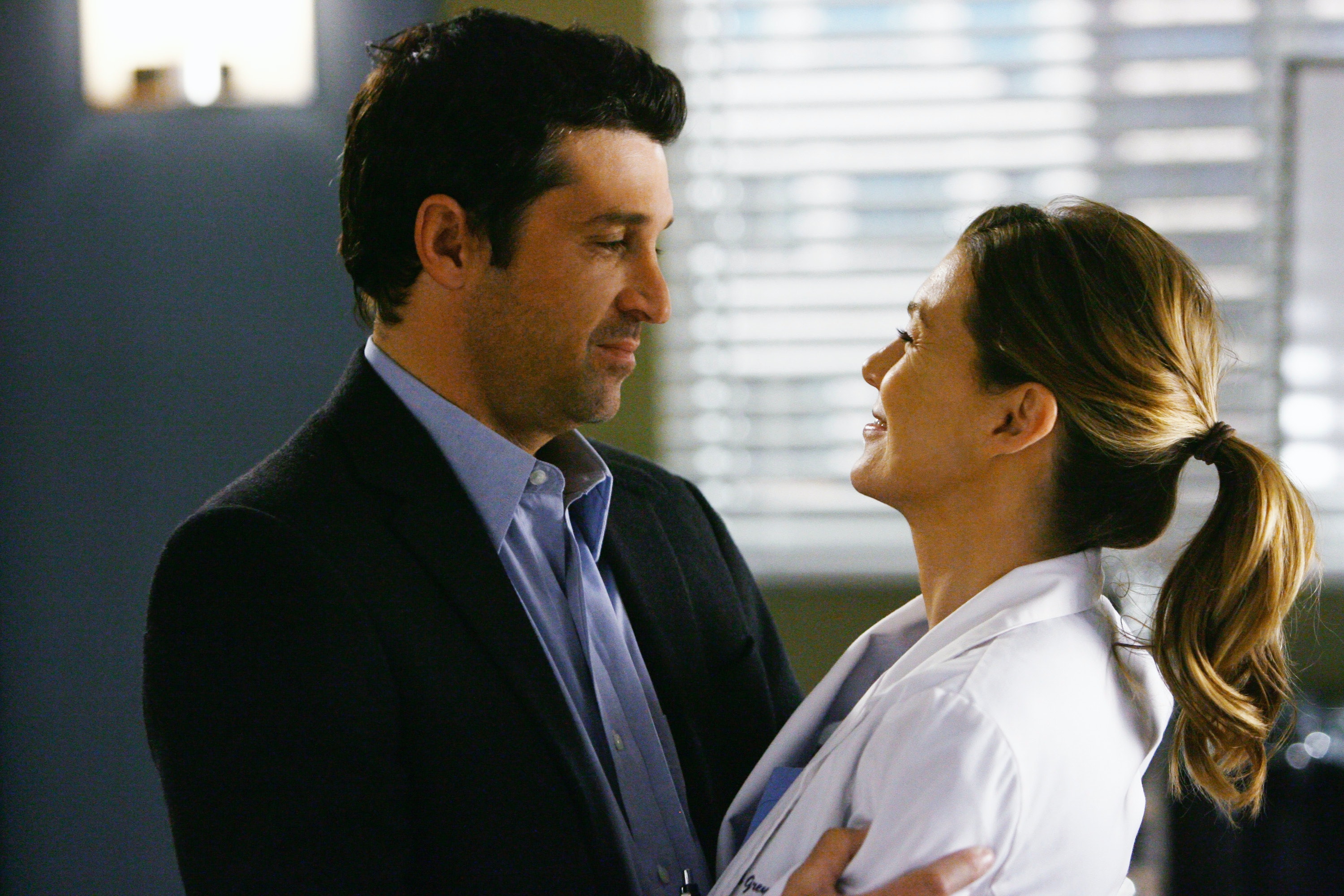 Very few couples on Grey’s Anatomy are as iconic as MerDer. After a somewhat tumultuous start to their relationship (read: Derek being married, and then choosing to leave Meredith after she begged him to pick her, choose her, love her), Meredith and Derek eventually got their (temporary) happy ending. Their relationship was passionate, exciting, magnetic, and they loved each other fully.

As a Scorpio, you value all of those attributes too, and may find yourself looking for that in your own personal relationships. Catherine and Richard may not have been an OG Grey’s Anatomy couple, but they’ve worked their way up to being a pretty admirable pair. They’re honest and straightforward with each other, they value their independence and genuinely respect each other’s personalities — all of which are traits Sagittarians can appreciate and often embody themselves. Catherine and Richard don’t exactly see eye-to-eye at all times, and like Sagittarians, they are very opinionated — but they’re always willing to talk things through and listen to the other’s side. That kind of compromise and understanding is so important. 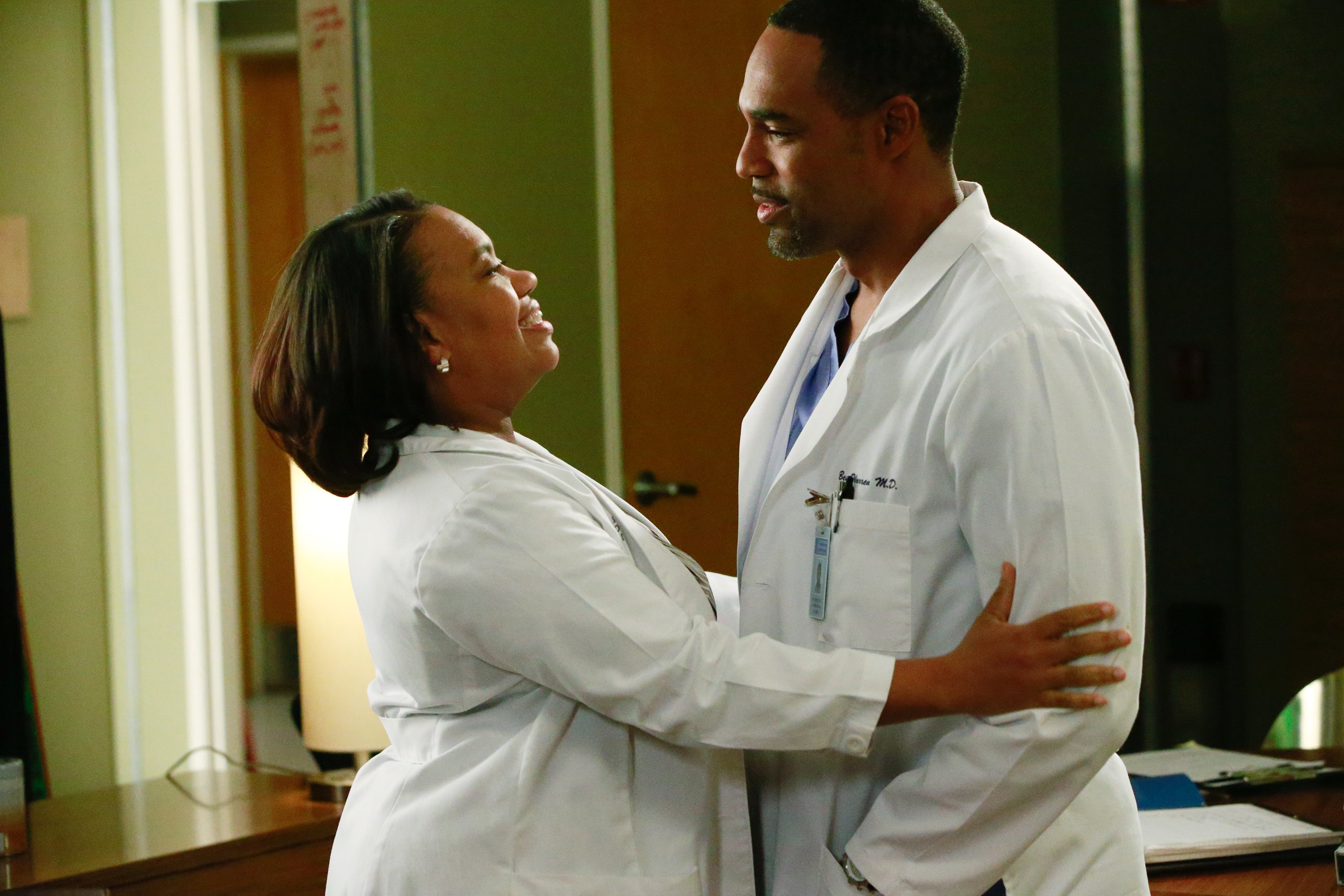 Bailey and Warren have been a steady force throughout their time together on the show. They understand that relationships take work, and know the best relationships endure storms — the same way Capricorns do. Bailey and Warren are the epitome of patience and love, but they’re not naive enough to think that things are always going to be sunshine and rainbows, in love or in life. 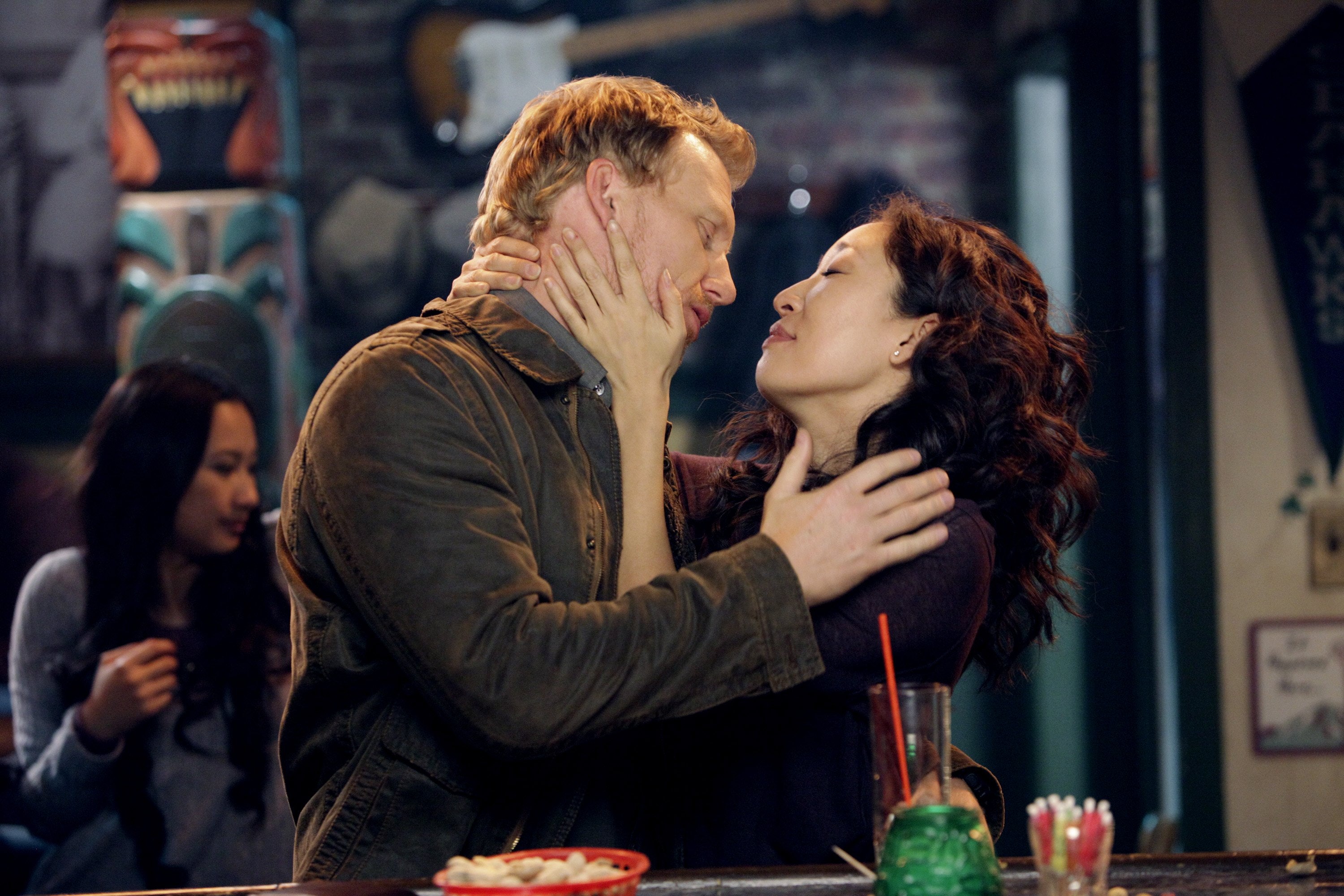 Cristina and Owen may not have been endgame in Shondaland, but their relationship, while short-lived, was an epic love story. They were head-over-heels in love and by each other’s side when they needed it most, but they definitely had their fair share of struggles. Like Aquarians, Cristina and Owen were always completely honest and loyal to each other, while simultaneously maintaining their independence. 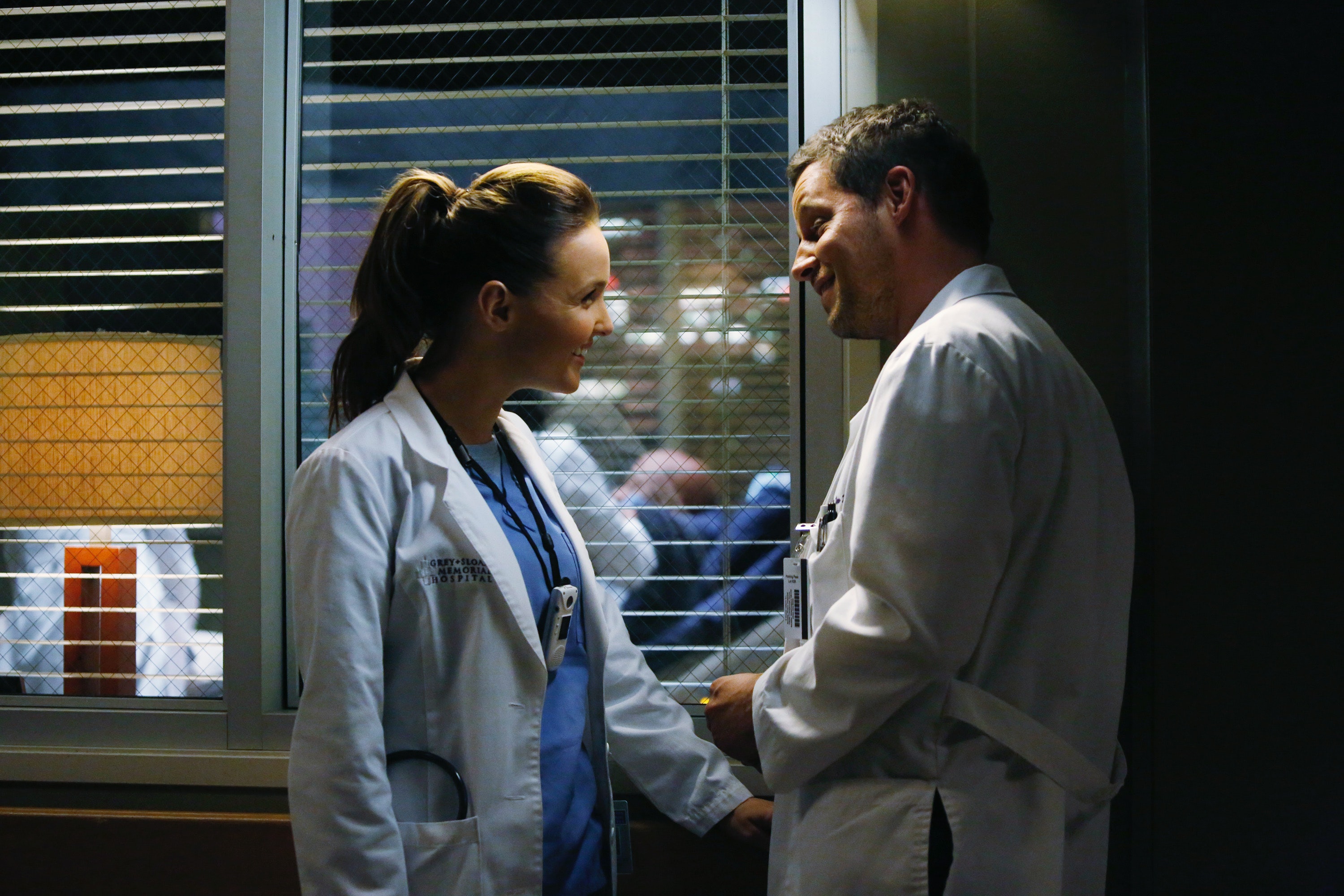 Jo and Alex were (seemingly) a pretty great pair. If it weren’t for Jo, Alex may not have become the dreamy, considerate, loving Head of Peds fans came to admire. With Jo, Alex was the compassionate, kind, selfless, sympathetic man I always knew he could be — all traits found in Pisceans. A sense of security is also extremely important to Pisceans, which Jo finally found in Alex after leaving an abusive relationship.

Much to the shock and dismay of Grey’s fans, on Season 16, Karev left Jo behind to follow his heart… all the way back to Izzie Stevens.

This article was originally published on June 14, 2019 Your April 2020 Sex Horoscope Is Liberating And Mentally Stimulating