Meghan McCain from The View has been an early fan of Tiger King: Murder, Mayhem, and Madness. The Netflix documentary has become pop culture gold during the coronavirus pandemic. Twitter has been abuzz about all the shady characters featured in the limited series and the ABC conservative co-host was no exception. McCain loved the show so much she even bonded with Abby Huntsman over the doc on social media. 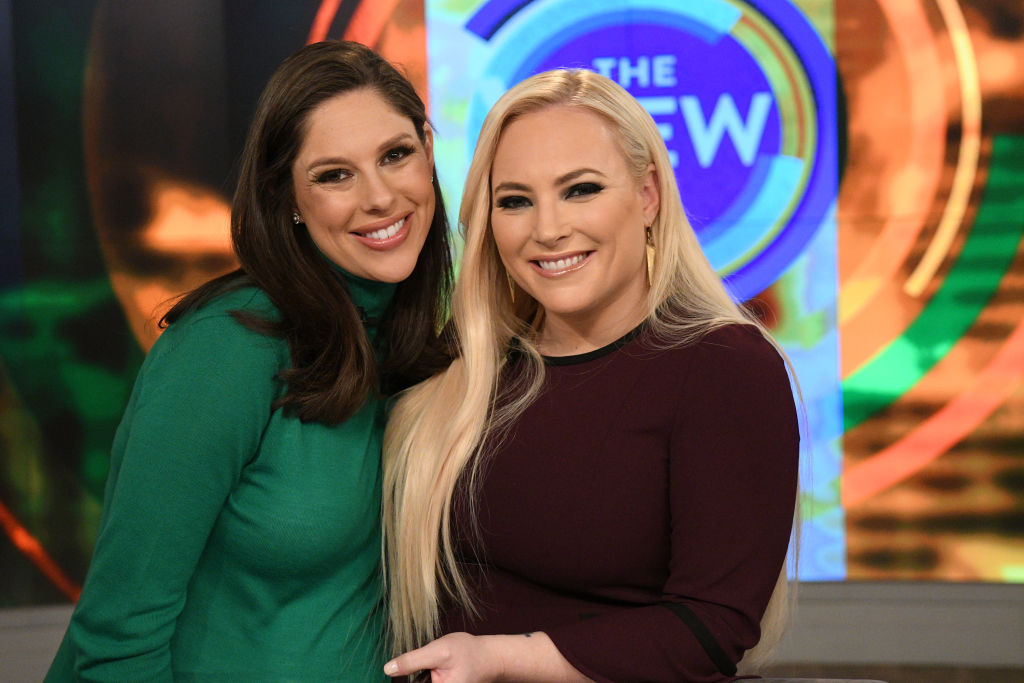 Huntsman shared on social media she was starting to watch the Netflix series thanks to McCain that had recommended it.

“Finally starting watching Tiger King thanks to Meghan McCain. This is unreal! I cannot get enough,” the former co-host tweeted.

McCain then added, “Please watch it all the way through and call me immediately after. It’s very important! Especially how Carole fed her husband to the tigers or put him in a meat grinder.”

The exchange between the two was sweet, especially after Huntsman left the morning show amidst scandal. It was nice for fans of the talker that they have remained friends despite their differences.

To give context to the latter, when The View returned in early January from their hiatus there were rumors of animosity. There were allegations that McCain and Huntsman had ended their friendship causing a rift amongst the cast. Shortly after, Huntsman announced she was leaving the show to help her father’s campaign in Utah. McCain later confirmed there was a fight between her and Huntsman.

“Abby and I have been friends for over 10 years. Our parents were friends in politics, we worked at Fox together, part of the reason of why she came to The View is because we were friends. We are still very good friends. We are very close and I just talked to her yesterday morning,” McCain explained on Watch What Happens Live.

Wearing pink for breast cancer awareness month! Sending love and strength to those fighting it and the survivors – we are with you. @huntsmanabby #FuckCancer 💗💗💗

The Republican pundit said that Huntsman leaving was not due to any animosity between them.

“We did get in a fight, which is a very small fight and a friend-fight,” McCain added. “All friendships have ups and downs and it was bizarre for me to have the fact that we got into one fight to be put under dissection in the media.”

McCain continued saying that all the media circus around them has been “cruel” and “rough” for everyone on the show.

The Tiger King interaction was not the first time that Huntsman and McCain had exchanged words on Twitter. When the latter announced she was pregnant, Huntsman shared a sweet message to her former co-host.

“The best chapter [is] yet to come,” she tweeted. “Couldn’t be happier for you both. Love you and this sweet little angel already.”

McCain said in her statement that she would be staying home to limit her interactions with people in the middle of the global health crisis.

“I consulted with my doctors and they advised me that for the safety of our baby and myself, I should be extra vigilant about limiting the amount of people we come in contact with,” she added. “Starting immediately, I’ll be joining the millions of Americans who are self-isolating as a precaution to prevent the spread of COVID-19. As a result, I will be appearing on The View from home via satellite.”