Home » Lifestyle » The Truth About The Lady A Name Change Issue

The Truth About The Lady A Name Change Issue

Back in June 2020, as the murder of George Floyd sparked a worldwide racial justice movement, country music acts began reckoning with their own namesakes, some of which were rooted in racism. The Dixie Chicks changed their name to simply The Chicks, removing the reference to the Confederacy. Lady Antebellum, meanwhile, shortened the band’s name to Lady A, also removing a reference to the pre-Civil War south.

“We are deeply sorry for the hurt this has caused and for anyone who has felt unsafe, unseen, or unvalued,” the group wrote in a Twitter post. “Causing pain was never our hearts’ intention, but it doesn’t change the fact that indeed, it did just that.” They apologized, they changed their name, and all was well, right? Well, not exactly…

Although Lady A changed the group’s name out of respect for the “injustices, inequality, and biases Black women and men … continue to face every day,” they inadvertently committed an injustice of their own. As it turned out, a Black blues singer in Seattle named Anita White had been performing as Lady A for more than 20 years, per Rolling Stone. And because the group formerly known as Lady Antebellum has a substantially larger audience, White feared the band’s name change would erase her presence. “It’s an opportunity for them to pretend they’re not racist or pretend this means something to them,” she said. “If it did, they would’ve done some research.” One year later, White is still fighting to keep her name.

Seattle's Lady A plans to take this fight to court 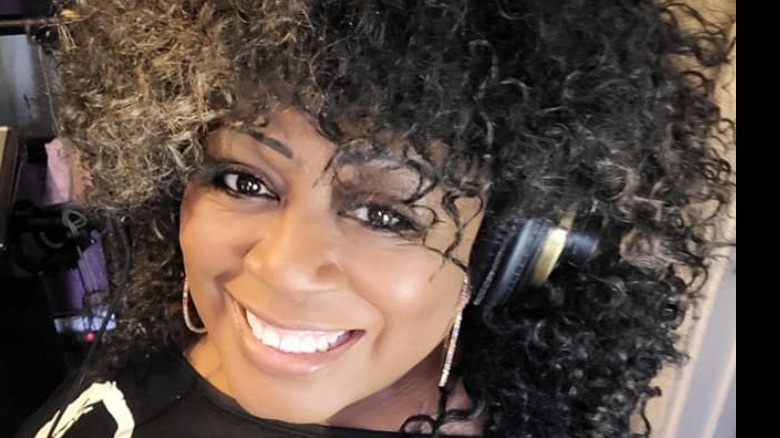 Rolling Stone caught up with Anita White, also known as Lady A, one year after Lady Antebellum’s name change. While she and the country group initially “had amicable conversations,” they reached a stalemate. The group then sued White over the name, claiming they had it trademarked for more than a decade, reports Rolling Stone. “[White] and her team have demanded a $10 million payment,” they said in a statement, “so reluctantly we have come to the conclusion that we need to ask a court to affirm our right to continue to use the name Lady A…”

Of course, White is upset and believes the name change is nothing more than performative activism. “It’s an insult to me as a musician and as a Black woman that you would say that Black lives matter and that you’d change your name but you didn’t really, and after a year we’re still in the same position,” she said. “That is something that this country is good at doing: Erasing Black folks and disenfranchised people they feel do not matter.”

White told Rolling Stone she is insistent on taking the issue to court. “I’m waiting for my day in court because that’s all I can have,” she said. “In the meantime, they get to go out and continue to use the name that I’ve used for 30 years. Why would you want to do that to another artist when you have the means to do something else?”