Britain continues to cope with being locked down at home following the coronavirus outbreak this year, and people are facing many kinds of struggles. But it’s arguably even greater for those in the at-risk category. London-based cancer patient Devon Buchanan is one of those such people, and yet in the middle of this difficult time never could have imagined a member of indie rock band The Kooks would show up at his house ready to perform a surprise rock concert for him. Luke Pritchard and his wife Ellie Rose did just that.

What transpired was the complete opposite, and Mr Buchanan was left close to tears by the incredible kindness of the musicians.

Speaking exclusively to Express.co.uk, Mr Buchanan recalled: “On Wednesday there was a knock at my door, I opened it to find two young people wearing protective masks and holding guitars.

“I asked them if they were hungry and needed food but then of course realised it was Luke Pritchard the lead singer of The Kooks and his singer-songwriter wife Ellie Rose. 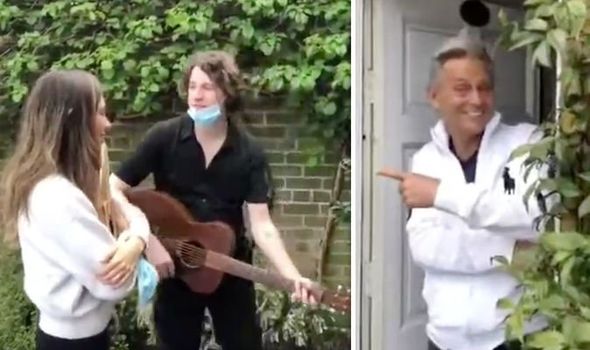 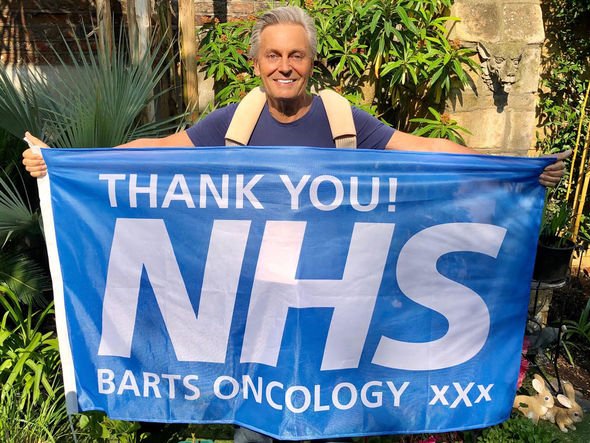 “To my surprise they launched into a set of songs just for me!” he continued. “Can you imagine what fun it was for me to be having a VIP A-List indie rock gig taking place? Takes exclusive concert to a whole new dimension – my door step!

“I was so touched by this gesture of kindness. It confirmed to me what I already know that there’s so much goodness that can come out of bad situations like this pandemic, and that just when you think things are at their worst a knock on the door can change everything for the better again.”

Mr Buchanan has been suffering with stage 4 bladder cancer since he was given a prognosis of only six months to live in 2015. 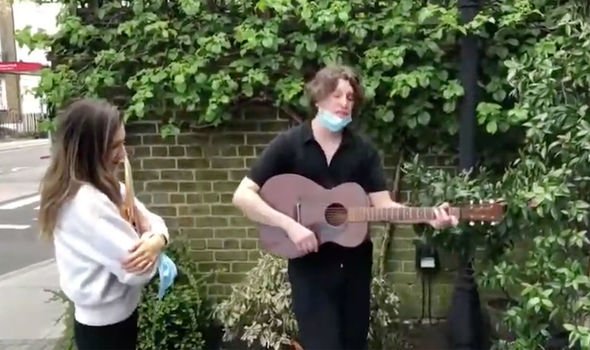 Mr Buchanan’s cancer has now shrunk by 50 per cent, as the doctors and nurses at the medical centre call him their “statistical miracle”.

“I’m just thrilled to be pioneering the work to find a cure,” Mr Buchanan laughed. “I was one of the first UK candidates to be selected for a genetic cancer vaccine early last year.”

Unfortunately, the patient has been forced to stop these recently due to a bone progression and due to the escalation of COVID-19.

CD review – The Kooks: Junk Of The Heart (Virgin) [REVIEW]

“I now find myself for the first time between a rock and hard place,” he went on. “Because no new trials are being offered at this time until the virus eases and labs open up again. This was pretty depressing for me and also upsetting for my amazing oncology team under Professor Tom Powles at St Barts.

“Isolated at home for the next 12 weeks (because I’m on the most at risk list) with my partner Dmitry, we were both feeling more than a little downhearted after all the progress I had achieved and now to find myself off treatment, isolated and experiencing really awful pain for the first time,” Mr Buchanan shared, carrying on to share how important this small act of kindness had been.

Mr Buchanan has known known Ellie Rose’s mother all of the singer’s life, becoming acquainted with Luke over the past two years.

“He has been so supportive of my cancer situation,” Mr Buchanan praised. “He even invited Professor Tom Powles and my team to be his personal guests at one of the Kooks concerts and had the band sign a special vinyl edition of their latest album for him.”

Proving he will keep his positivity going even throughout such trying and strange times as well as the worry over his own condition, Mr Buchanan said: “I know this lockdown will end eventually and Im treating it as a cancer treatment holiday.

“A time to restore and rejuvenate in readiness for whatever miraculous gift is next from our amazing NHS.”

Mr Buchanan also teased the musicians and married couple Luke and Ellie are gearing up to launch a project together.

“No doubt I will be the first to hear it ha ha ha, I’ve put a chair outside already,” he joked.

Related posts:
Chantelle Houghton opens up on ‘surreal’ Tiger King appearance and how she’s still campaigning for animal rights
'Tiger King': Adult Actress Rachel Starr Defends Joe Exotic, Calls the Series a 'Skewed Version of the Truth'
Popular News
WWE announces new date for WrestleMania 37 in Tampa plus Dallas and LA as locations for next two years
17/01/2021
Man Utd wonderkid Ramon Calliste, called ‘the next Giggs’, now owns luxury watch business and makes £5m a year – The Sun
26/03/2020
Megan Thee Stallion Addresses Criticism Over Twerking: ‘I Love to Shake My A**’
26/03/2020
Police guard shops to stop coronavirus panic-buyers and enforce social distancing – The Sun
26/03/2020
Coronavirus: Good Morning Britain’s Dr Hilary reveals ‘game-changing’ self-testing kit
26/03/2020
Recent Posts
This website uses cookies to improve your user experience and to provide you with advertisements that are relevant to your interests. By continuing to browse the site you are agreeing to our use of cookies.Ok