Home » Lifestyle » The key to a lasting relationship? Arguing!

The key to a lasting relationship? Arguing!

The key to a lasting relationship? Arguing! 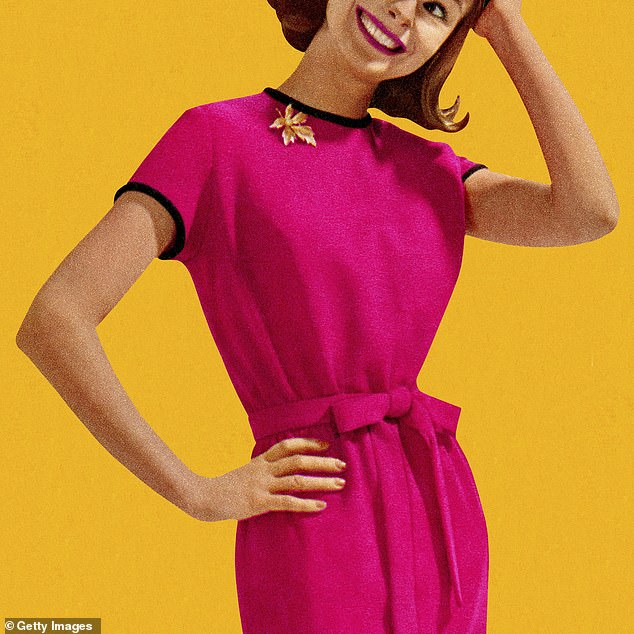 Do you want to say that again, Richard? I’m all ears!

If being cooped up with your nearest and dearest is getting fraught, don’t despair. Letting off steam can bring you closer, as author Ian Leslie explains

A couple that I’m friends with – I’ll call them Tara and Simon – are forever getting into arguments. Whenever my wife and I see them for dinner or a trip to the park with our kids, it isn’t long before one turns to the other and says something like, ‘That’s the most ridiculous thing I’ve ever heard.’ Soon they’re going at it hammer and tongs.

This sounds like a marriage that is on the rocks. But Tara and Simon are probably the happiest couple I know. They come alive in each other’s company, they make each other laugh, they are frequently affectionate. Even when they’re in a row, eyes flashing, it’s clear that they adore each other.

Most relationship experts seem to have little to say about couples like Tara and Simon. In fact, they have little to say about conflict except that it should be avoided. The standard advice is that couples should communicate clearly and calmly. We should put anger aside, never engage in ‘blaming behaviour’, and always seek compromise. It all sounds terribly reasonable, doesn’t it? And terribly unrealistic.

In any intimate relationship, getting annoyed and upset with each other is part of the deal. There is no point pretending otherwise, and many of us know couples like Tara and Simon who thrive on friction. If quarrelling is such a common feature of healthy relationships, perhaps it can be good for us. So in the course of researching my book on conflict, I was pleased to learn of evidence to suggest I’m right. Psychologists have found that couples who are comfortable with conflict tend to be closer. And this applies to all close relationships – with our children, friends, even colleagues.

Relationship scientist John Gottman has studied hundreds of couples discussing contentious areas of their relationship. He measures every aspect of their behaviour, from what each partner says to how they say it – including their facial expressions, heart rate and blood pressure. Each couple is scored according to whether they exhibit positive emotions and behaviours such as joy, humour or affection, or negative ones: belligerence, anger or whining. Gottman follows the progress of each couple over months and years but on the basis of his initial analysis he has been able to predict, with 90 per cent accuracy, the likelihood of a couple getting divorced.

Gottman has discovered something interesting about how couples handle arguments. Different couples have different boiling points. You know how when you’re discussing something with your partner, the conversation can become tenser until one of you loses your cool and a full-blown row ensues. In Gottman’s terms, that’s the moment a couple passes their negativity threshold. Some couples are slow to raise their voices in anger (high negativity threshold); others rise quickly to confrontation (low negativity threshold).

Now you might have imagined that you and your partner should aim to have a really high negativity threshold – to be infinitely understanding and forgiving of each other’s foibles. In fact, Gottman discovered that the most successful couples are the ones with a low negativity threshold. Instead of bottling up their feelings about problems, these couples make a habit of letting the other know exactly how upset they are. That makes the relationship more resilient. Having lots of small arguments makes it less likely that either partner can be totally oblivious to any issues in the relationship. The old saying that you should never let the sun go down on an argument contains a lot of wisdom.

Nickola Overall, a professor at the University of Auckland, has studied marital conflict in depth. She invited couples to discuss a significant relationship problem on camera without anyone else in the room. Some couples discussed the problem reasonably and coolly, others became hotly emotional. When she invited the couples back a year later, she found that the confrontational ones were more likely to have made headway on solving their problem. Overall says, ‘Conflict provides us with information. The way people respond to us in conflict tells us a lot about them.’

It is often only when your partner loses their temper that you understand how important it is to them that you do your share of parenting duties, or that you cut down on drinking. Another reason Overall says that heated confrontation can be good for relationships is that sometimes it’s only when someone gets mad at you that you find out how much they care about being with you.

If you’ve been married for many years, you may feel you do not need such reassurance, and that it’s almost never worth upsetting the apple cart. But be warned. One finding from the study was that couples who have been together a long time often become less

good at understanding each other. In the early years of their relationship, they get to know each other so well that they can almost read each other’s minds. But we get complacent. We stop noticing shifts in our partner’s moods and beliefs.

While people tend not to undergo radical shifts in personality as they age, they do develop and change. Over time, a gap can grow between the person that exists in your head and the real person. If that process continues, it can end in a shocking rupture – your partner turns around and tells you they’re leaving. This is why arguments are so important: they blow away the cobwebs, allowing you to see each other afresh, keeping you up to date on how your partner is feeling.

Similarly, when your teenager screams at you and slams the doors, it might be because they feel it’s the only way to get your attention. Parents who want a deeper understanding of their children should not simply expect them to talk calmly whenever a problem arises. Greater understanding develops over the course of candid, unrestrained exchanges in which we allow each other to speak our mind – and heart.

A relationship that is relentlessly negative and hostile is a recipe for mutual misery. Sometimes the main thing you learn is that you need to walk away. But a relationship in which all conflict is banished is likely to end badly. So it is crucial that we argue well. Even in the midst of a hot row, we should still send signals that we care about each other, that we respect each other and that we want to find a way forward that works for both of us. It’s not an easy skill to learn. But that’s another reason to do it often: arguing well takes practice.

I don’t think my wife and I will ever be like Tara and Simon. We’re too fond of a quiet life. But talking to these experts made me realise that getting into arguments is a necessary part of staying close. Now I’m less likely to hesitate before speaking up about something that’s getting on my nerves, and so is my wife. When my children argue with me, I try to make sure I engage with what they’re saying, rather than just dismissing them.

Getting into rows with people you love is a little like physical exercise but for relationships. It can be uncomfortable or even unpleasant in the moment, but as long as you don’t overdo it, it’s a source of strength.

How to have a reasonable row

★ Don’t get hung up on winning. When we insist our partner makes a full surrender, we can get stuck in a power struggle that nobody wins. Just because your partner disagrees with you in the moment, that doesn’t mean they haven’t taken your point on board.

★ Concede ground. When I spoke to interrogation experts, they explained that they will concede to some demands of the suspect (‘Get me a notepad!’) to show that they respect them. That lowers their defences, which makes the conversation flow better.

★ Highlight the exit signs. You need to give your partner a way of backing down that doesn’t feel to them like a surrender. Show them a way out of the argument that enables them to retreat with self-respect.

★ Don’t tell your partner what to feel. Experts who train police officers in how to defuse tense situations told me that telling someone to ‘calm down’ almost always has the opposite effect. Nobody likes being told what to think or how to feel. If you want them to be calm, be calm yourself.

★ Keep a sense of humour. This can be hard when you’re arguing about something you really care about, but laughter is an important safety valve. Making a joke, especially if it’s at your own expense, is a reminder that this argument is meant to bring you closer, not push you apart.