The Beatles fans have heard all about how the fab four have included a number of secrets in their music. If it wasn’t odd little messages from their pal Eric Clapton, or lude references to their home town, the gang were just throwing in good old swear words in every song. Now, Paul McCartney has dished on a brand new lyric that has slipped fans’ nets.

While McCartney and John Lennon were the main songwriters of the band, they were also perhaps the cheekiest.

The pair of lads from Liverpool were keen to make their mark on the music industry, but were also, crucially, still kids.

Throughout the band’s incredible discography, they hid a number of a great tidbits and references in their songs.

And now, McCartney has revealed a new one from the band’s famed Abbey Road album. 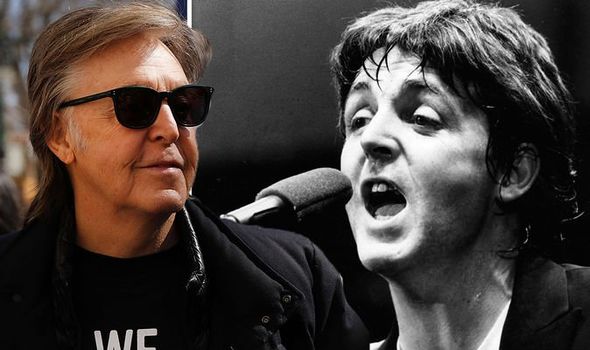 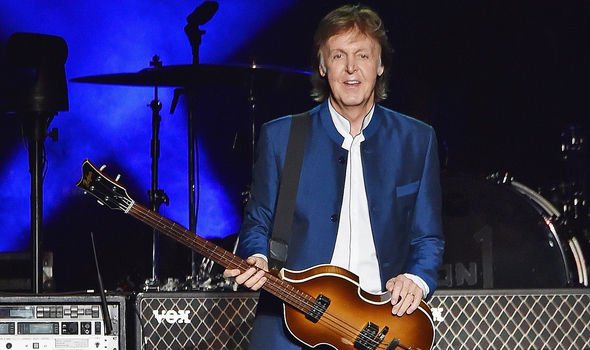 The song in question is titled Sun King, and features the band singing what could be seen as nonsense lyrics.

McCartney, 78, recently explained the meaning behind some words in the song on his website to accompany fans’ next listen to it.

He said: “There was a thing in Liverpool that us kids used to do, which was instead of saying ‘f**k off’, we would say ‘chicka ferdy!’”

Going on to talk about including this in his music, he continued: “It actually exists in the lyrics of The Beatles song ‘Sun King’. 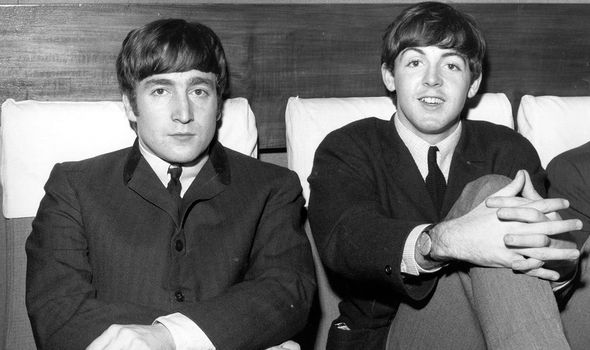 “In that song we just kind of made up things, and we were all in on the joke.

“We were thinking that nobody would know what it meant, and most people would think, ‘Oh, it must be Spanish,’ or something.”

No doubt loving the ridiculousness of it, he added: “But, we got a little seditious word in there!”

McCartney even went on to explain why he did these things with his band.

“When you are kids you make up silly things,” he explained. “And what’s great about it is you and your friends all know those silly things… So, they don’t have to mean anything!

“We had a few words and phrases that, if one of us said it, would amuse the others because it was like a secret code.

“But I suppose at lot of this came from The Goon Show, a comedy show on the radio.

It was recently revealed George Harrison was involved in a number of “terrible rows” during the band’s recording sessions which prompted a temporary split.

At the time he explained: “Ringo had left at one point. I know John wanted out.

“It was a very, very difficult, stressful time, and being filmed having a row as well was terrible. I got up and I thought, ‘I’m not doing this any more. I’m out of here.’

“It became stifling, so that although this new album was supposed to break away from that type of recording (we were going back to playing live) it was still very much that kind of situation where he already had in his mind what he wanted.”

Related posts:
Clara Amfo speaks on ‘upsetting her mum’ as she signs up to Strictly Come Dancing
Louise Minchin shuts down Coffey over quarantine rules: ‘Was this a mistake?’
Popular News
Get £5 worth of Boots Advantage card points by recycling old make up
28/09/2020
Man Utd wonderkid Ramon Calliste, called ‘the next Giggs’, now owns luxury watch business and makes £5m a year – The Sun
26/03/2020
Megan Thee Stallion Addresses Criticism Over Twerking: ‘I Love to Shake My A**’
26/03/2020
Police guard shops to stop coronavirus panic-buyers and enforce social distancing – The Sun
26/03/2020
Coronavirus: Good Morning Britain’s Dr Hilary reveals ‘game-changing’ self-testing kit
26/03/2020
Recent Posts
This website uses cookies to improve your user experience and to provide you with advertisements that are relevant to your interests. By continuing to browse the site you are agreeing to our use of cookies.Ok