It was over 50 years that The Beatles broke up and John Lennon released his iconic debut solo album, John Lennon/Plastic Ono Band. Now as The Ultimate Mixes of the record are released, a special listening party has been announced for this Saturday with a whole host of guests. The interactive Twitter event will include the participation of The Beatles drummer Sir Ringo Starr, Yoko Ono and Sean Ono Lennon.

The Twitter Listening Party will be hosted by Tim Burgess of the Charlatans and take place on Saturday April 24 at 6pm BST.

While the hashtag for the one-off event will be #TimsTwitterListeningParty and after the event, the newly launched Twitter Spaces will host a special discussion. 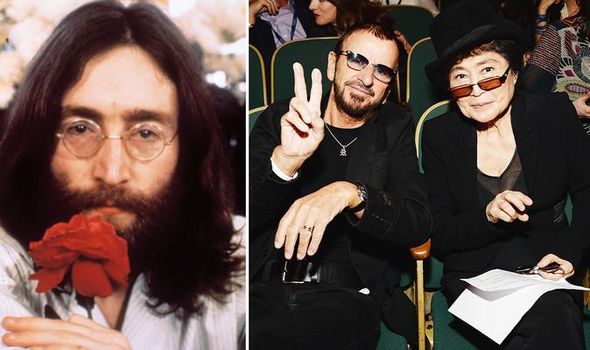 The after-party discussion will take place on BBC Radio 6 Music at 7pm BST and be hosted by Chris Hawkins.

This programme will cover the making of the John Lennon/Plastic Ono Band album, as well as its enduring legacy.

Meanwhile, Sir Ringo shared in a recent interview how he was “really close” to both late Beatles John and George. 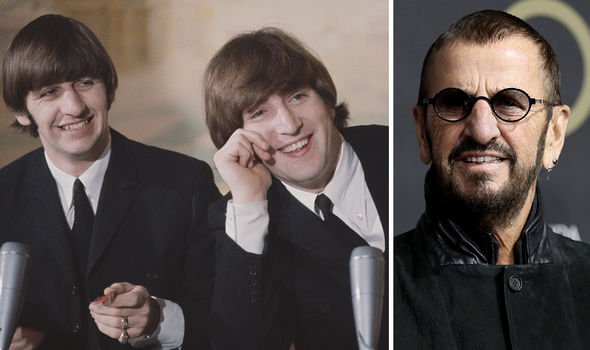 Appearing on The Late Show with Stephen Colbert last month, Sir Ringo Starr was asked how often The Beatles were on his mind.

The 80-year-old replied: “Oh yeah quite a bit. I mean, not every moment of my life of course.

We just had two sad anniversaries. George is 20 years [since] we lost him; a great friend of mine. John, 40 years for god’s sake!”

John was tragically murdered in December 1980 at the age of just 40-years-old, while George died of cancer in November 2001 at 58-years-old.

“I always say I’m an only child and suddenly I had three brothers and we were really close. We were sort of psychic in the end.

“After the count-in, the four of us every time gave our all and that’s a great memory to have. Nobody said, ‘Oh, I’m tired’ or this, that and the other; we gave it our all.”

Last year marked both 40 years since John was killed and what would have been his 80th birthday.

While on December 8, 2020, 40 years since his death, The Beatles drummer wrote another tribute.

It read: “Tuesday, 8 December 1980 we all had to say goodbye to John peace and love John.

NBCU CEO Jeff Shell Made $16.5 Million in 2020; Comcast Chief Brian L Roberts Doubled That
Five Coronation Street spoilers for next week as Simon Barlow returns to the cobbles and Peter is attacked
Popular News
Why does Tom Cruise do his own stunts? ‘No one asked Gene Kelly, ‘Why do you dance?’’
18/05/2022
Man Utd wonderkid Ramon Calliste, called ‘the next Giggs’, now owns luxury watch business and makes £5m a year – The Sun
26/03/2020
Megan Thee Stallion Addresses Criticism Over Twerking: ‘I Love to Shake My A**’
26/03/2020
Police guard shops to stop coronavirus panic-buyers and enforce social distancing – The Sun
26/03/2020
Coronavirus: Good Morning Britain’s Dr Hilary reveals ‘game-changing’ self-testing kit
26/03/2020
Recent Posts