Waxahachie, Texas —  The only Black candidate elected to office this year in Ellis County in northern Texas, Constable Curtis Polk, Jr., is now also the only one without a private office. And an offensive sign near where he now sits is spurring lots of controversy, reports CBS Dallas.

He lost his office in a reshuffling the county started this month to make space for a new courtroom.

“I felt pretty upset,” he admits, “because every other elected official in this county has their own private office.”

Polk wound up in the basement, sharing an office with two sheriff’s deputies who guard the courthouse. His filling cabinet sits in an open stairwell. 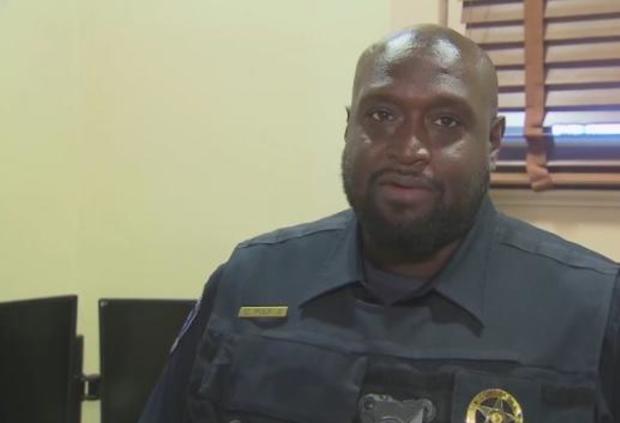 “I have documents that don’t need to be accessible to the public,” he said.

But what’s grabbed the most attention about Polk’s new location is something next to his office door.

Over an archway, the word “negroes” appears in paint that’s chipped away over time. It marks the spot of a public water fountain Black residents were restricted to using.

Underneath, a plaque reads, “Have We Learned From History?”

“I understand that it was part of the history of this courthouse, but I just feel it’s another disgrace for me to have to see it daily,” said Polk.

In a video recorded under the arch, Judge Little called the recent criticism “intentional and coordinated.” 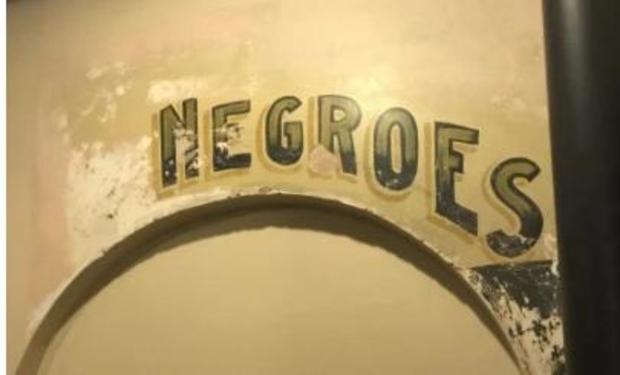 “I would suggest the signage was kept so the evil of requiring people of another color to drink at another water fountain would never happen again,” Judge Little said. “I am saddened Constable Polk was hurt by this office relocation process. That was not the intent.”

On Tuesday afternoon,it appeared someone had tried to cross out the word “negroes” with spray paint.

Related posts:
Dustin Johnson's fiancee Paulina Gretzky stuns in low-cut top as she watches golf star win his first Masters at Augusta
Five ways to decorate your Christmas tree for free this year
Popular News
Jenni Murray makes brave decision to expose remaining breast on ITV in aid of cancer
02/12/2020
Man Utd wonderkid Ramon Calliste, called ‘the next Giggs’, now owns luxury watch business and makes £5m a year – The Sun
26/03/2020
Megan Thee Stallion Addresses Criticism Over Twerking: ‘I Love to Shake My A**’
26/03/2020
Police guard shops to stop coronavirus panic-buyers and enforce social distancing – The Sun
26/03/2020
Coronavirus: Good Morning Britain’s Dr Hilary reveals ‘game-changing’ self-testing kit
26/03/2020
Recent Posts
This website uses cookies to improve your user experience and to provide you with advertisements that are relevant to your interests. By continuing to browse the site you are agreeing to our use of cookies.Ok