Princess Anne, 70, showed it was business as usual as she led the Royal Family in commemorating Anzac Day at the weekend. On Sunday, The Princess Royal and her husband Timothy Laurence attended a special service at Westminster Abbey and visited war memorials to honour Australian and New Zealand servicemen and women who have died serving their country.

While Anne is known for her staunch stoicism, the Princess Royal’s eyes were “red-rimmed and tearful” during her latest engagement, a body language expert has claimed and suggest Anne is “struggling” following Prince Philip’s death.

Body language expert and author Judi James analysed pictures of Anne’s latest engagement for Express.co.uk, and her body language “hints she is still very much in mourning for her father”.

The expert said: “Having swapped the traditional black clothing that she wore following Prince Philip’s death, Princess Anne might have attended the Anzac Day ceremony in a very vivid ‘royal’ purple to suggest it is business as usual in terms of royal duties, but her body language here hints she is still very much in mourning for her father.”

While Anne is her usual stoic self, there is some sadness behind her brave exterior, Judi claimed. 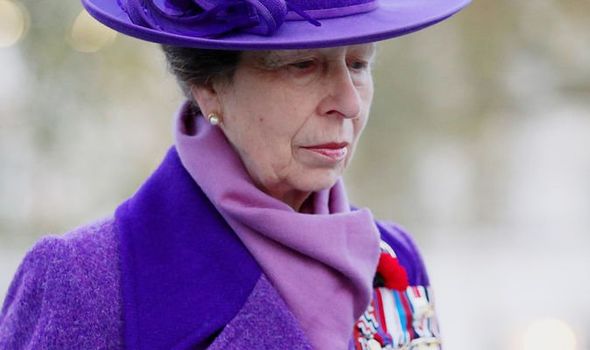 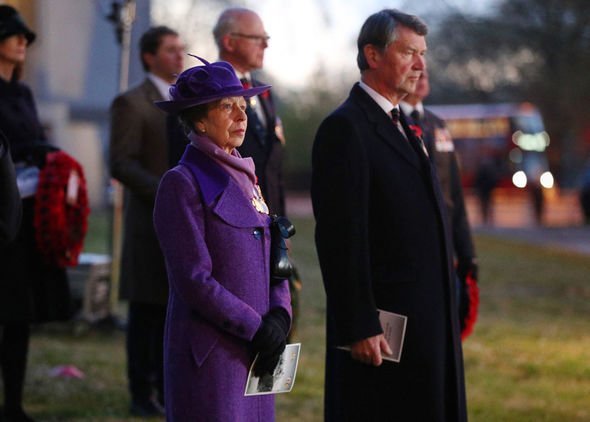 She added: “Standing to attention, Anne does present in her usual stoic style, but it is clear in some of these poses that her eyes are red-rimmed and tearful, with a tear very clearly formed in one close-up shot.”

Anne appears to “comfort herself” with subtle gestures, Judi claimed.

The expert said: “The way that Anne stuffs her large bag under one arm might be a signature move for the Princess, but with her hands clasped in front of her torso here she is giving the impression here that it might be something of a comfort gesture on this occasion.”

Anne was known to be extremely close to Prince Philip and shared a deeply personal tribute to the Duke ahead of his funeral. 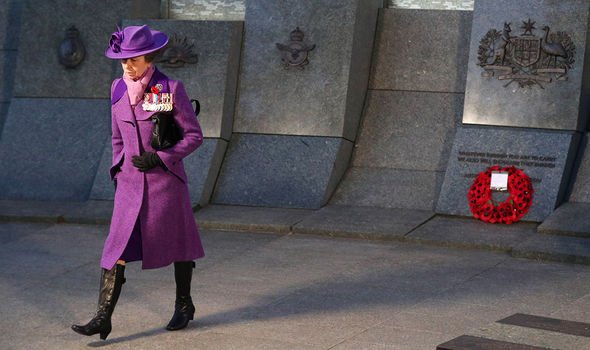 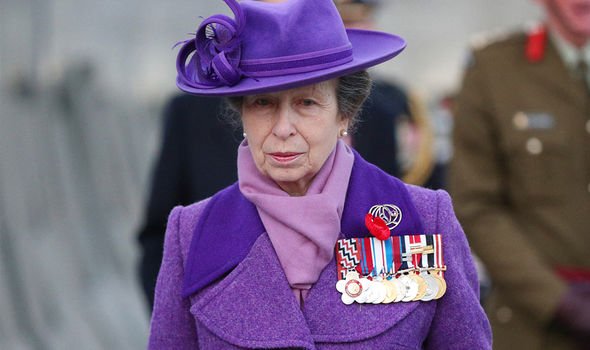 The expert concluded: “The visit was clearly a sombre one but Anne’s reflective downward eye gaze that becomes so sad and teary as she looks upward suggests she might still be struggling with the loss of the man she touchingly called ‘my teacher, my supporter and my critic.'”

Anne was among senior royals to honour her late father with a moving tribute following his death.

The Princess Royal’s tribute to Philip read: “You know it’s going to happen but you are never really ready.

“My father has been my teacher, my supporter and my critic, but mostly it is his example of a life well lived and service freely given that I most wanted to emulate.

“His ability to treat every person as an individual in their own right with their own skills comes through all the organisations with which he was involved.

“I regard it as an honour and a privilege to have been asked to follow in his footsteps and it has been a pleasure to have kept him in touch with their activities.” 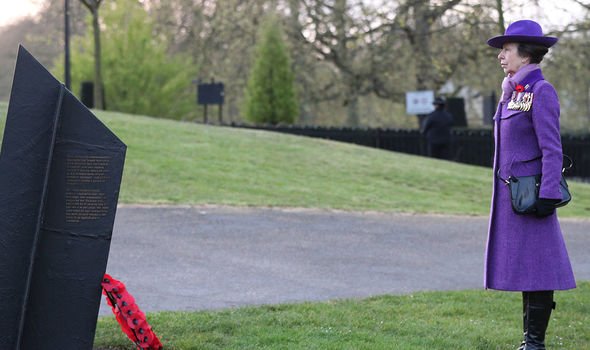 The tribute added: “I know how much he meant to them, in the UK, across the Commonwealth and in the wider world.

“I would like to emphasise how much the family appreciate the messages and memories of so many people whose lives he also touched.

“We will miss him but he leaves a legacy which can inspire us all.”

Anne was among the first members of the Firm to carry out an engagement of the royals’ official period of mourning for Philip ended on Friday.

Her decision to wear royal purple seemed to send a powerful message of support to the Queen during what has been a deeply sad time.