TAMMY ABRAHAM was left fuming after his opportunity to score from the penalty spot against Crystal Palace was stolen by his captain.

Cesar Azpilicueta swiped the ball off the Chelsea striker after the Blues won a penalty and gave it to Jorginho, who had already scored one. 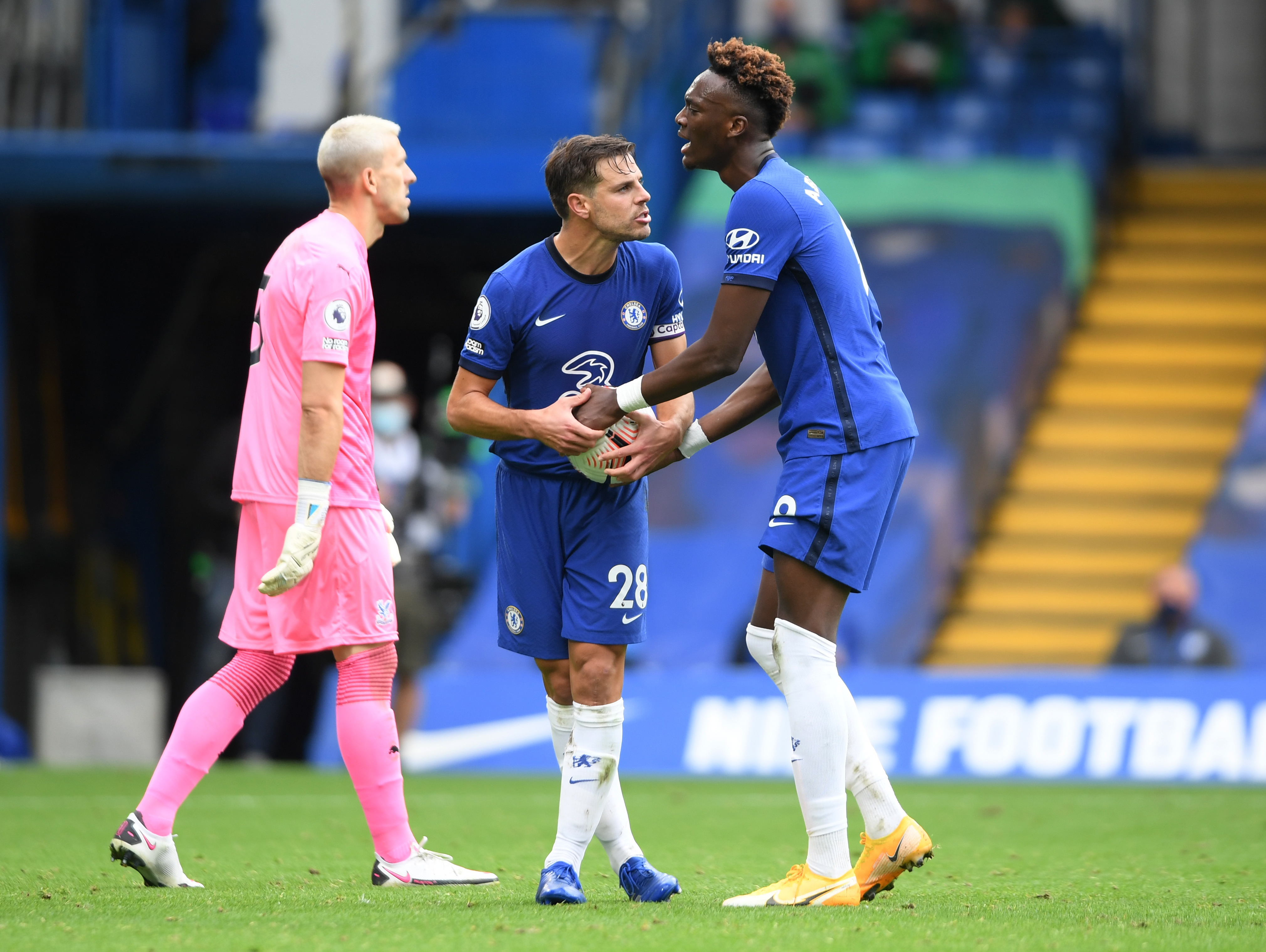 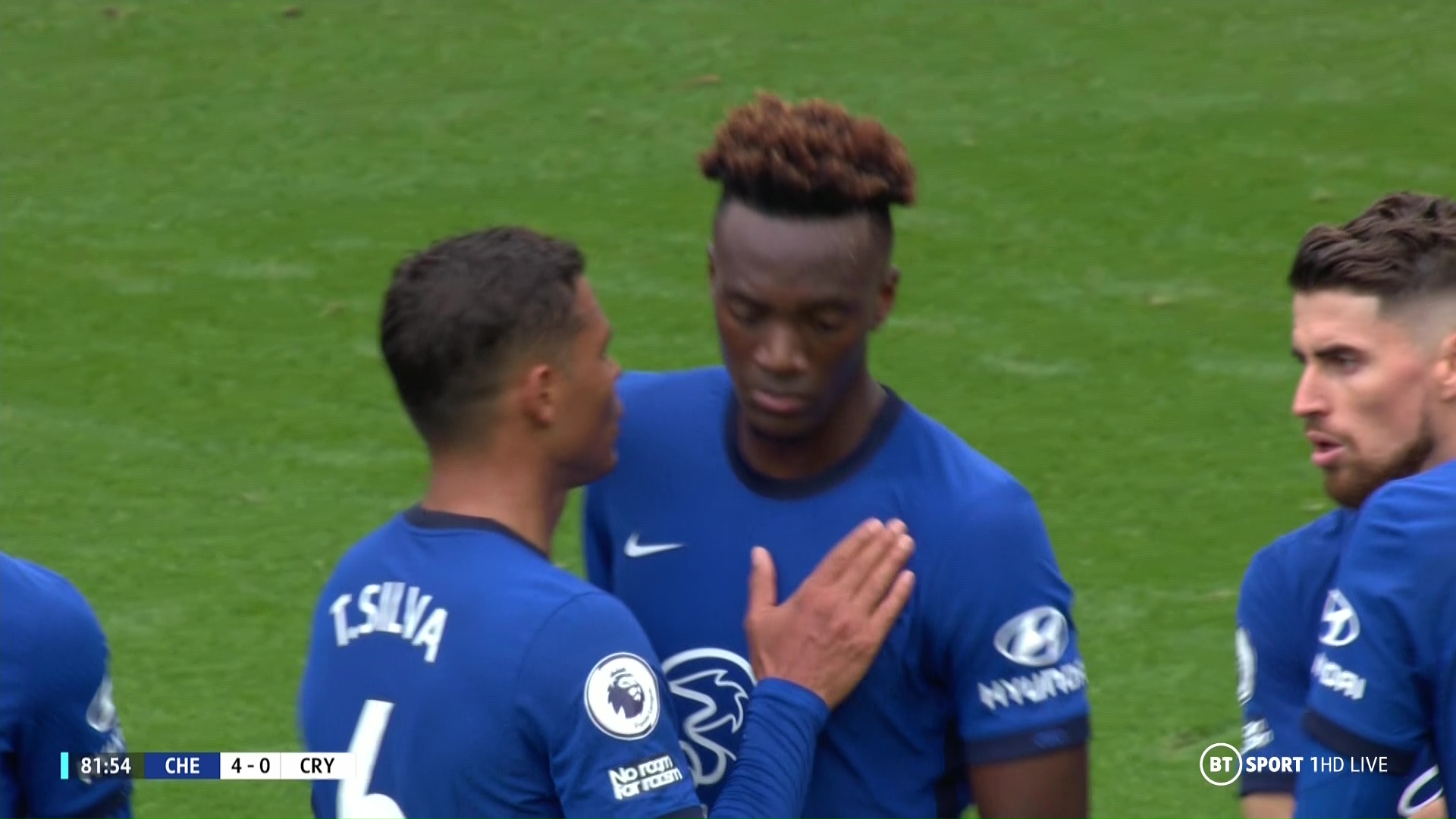 The Blues were already 3-0 up and Abraham, 23, wanted to get his name on the scoresheet.

Instead Spanish skipper Azpilicueta marched over to rip the ball out of his hands and give it to designated taker Jorginho.

Despite seeing the midfielder slot the ball into the back of the net to make it 4-0, Abraham was still seething – refusing to smile despite his team scoring.

Abraham had won Chelsea's first penalty with Kai Havertz being tripped for the second.

"I want leaders and I’ll allow mine a bit of conflict. 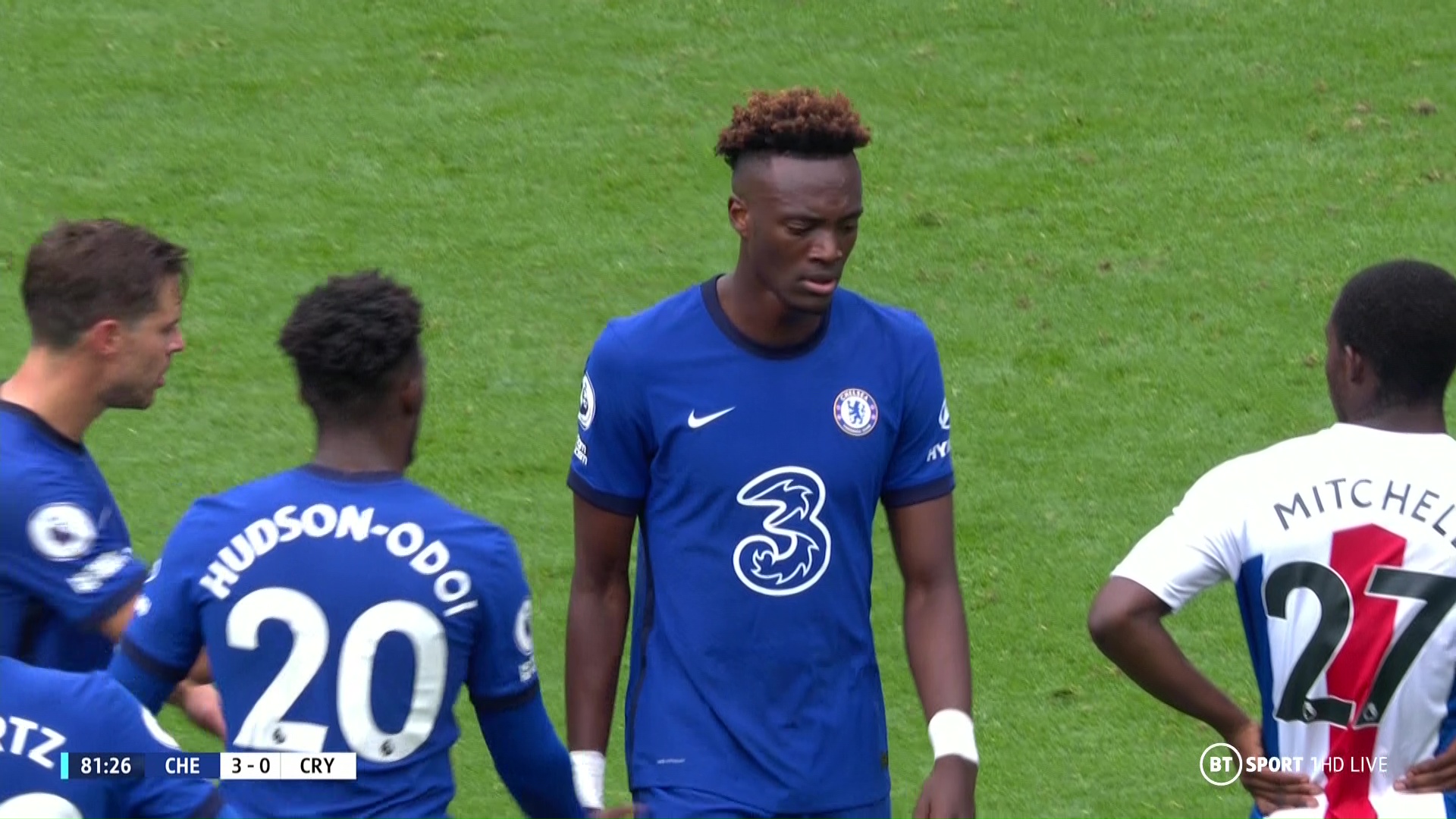 "If Tammy wanted to take it because he wants a goal or whatever it was, the he’s been put in his place a little bit.

"I appreciate his eagerness because his performance deserved a goal, but those are the rules.

"You don’t jump ahead on the list at any moment unless somebody’s got a hat-trick and we’re so comfortable that I decide. So it’s dealt with."