I WAS 13 when The Crystal Maze first aired. It was odd, slightly mesmerising.

Were the games really that tough? Or were the contestants dim? Was oddball host Richard O’Brien putting it on? 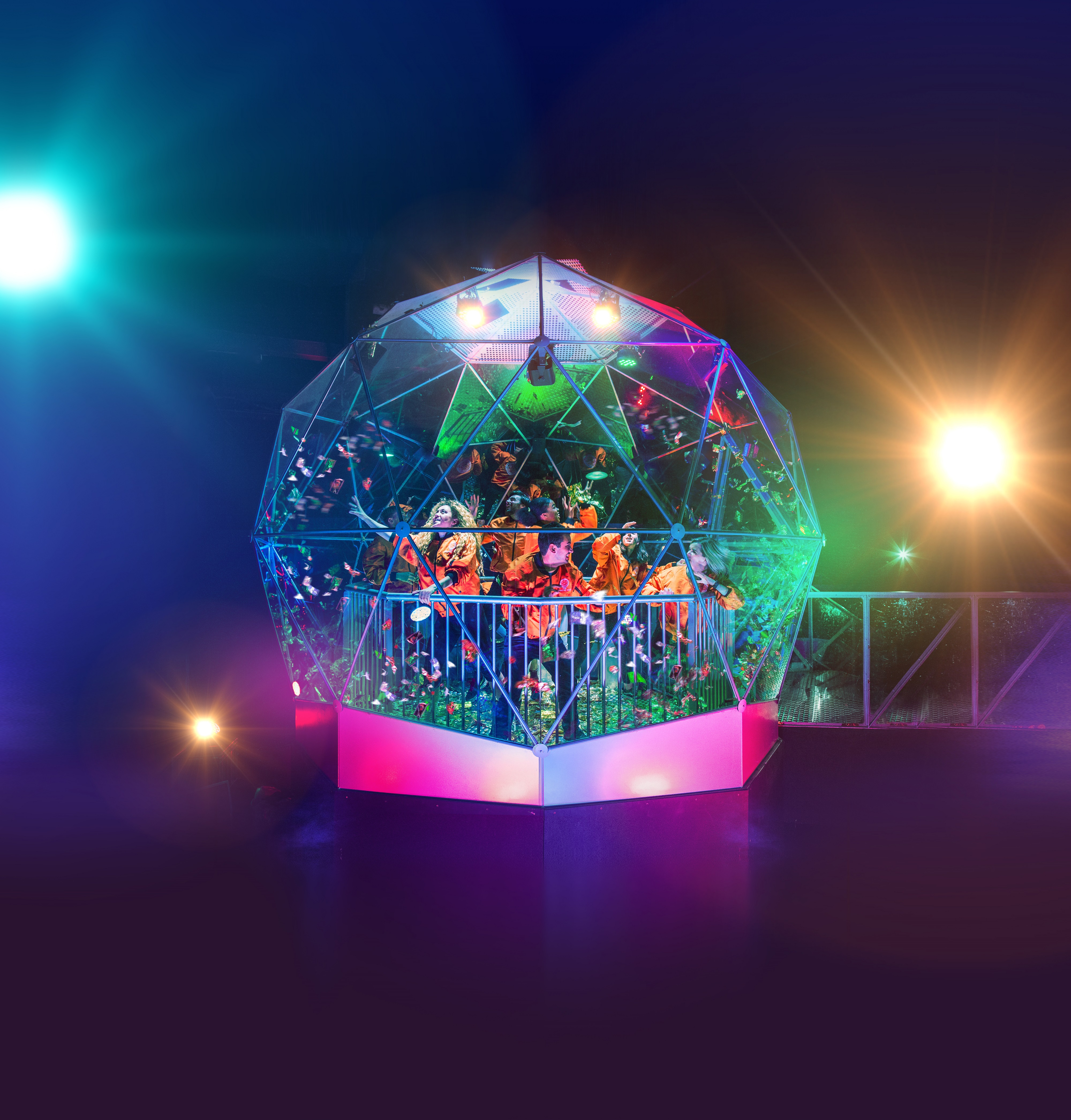 Crucially, was it really so hard to grab those golden tickets in the dome and stuff them in the slot?

Fast-forward 30 years and I finally have a chance to find out, after putting together a team of parents and teachers from my kids’ school.

I skippered my wife Emma, vice-captain Raith, plus Jim, Carol, Sarah, Jen and Jenny to tackle 20 new games at The Crystal Maze LIVE Experience in Manchester.

After donning the iconic silver bomber jackets for a team pic, we were whisked on to meet our guide Lynne Jitsu, a barmy Minnesota soccer mom – who provided the laughs as we tackled the Maze. We had an absolute blast – with Lynne at the core of it. 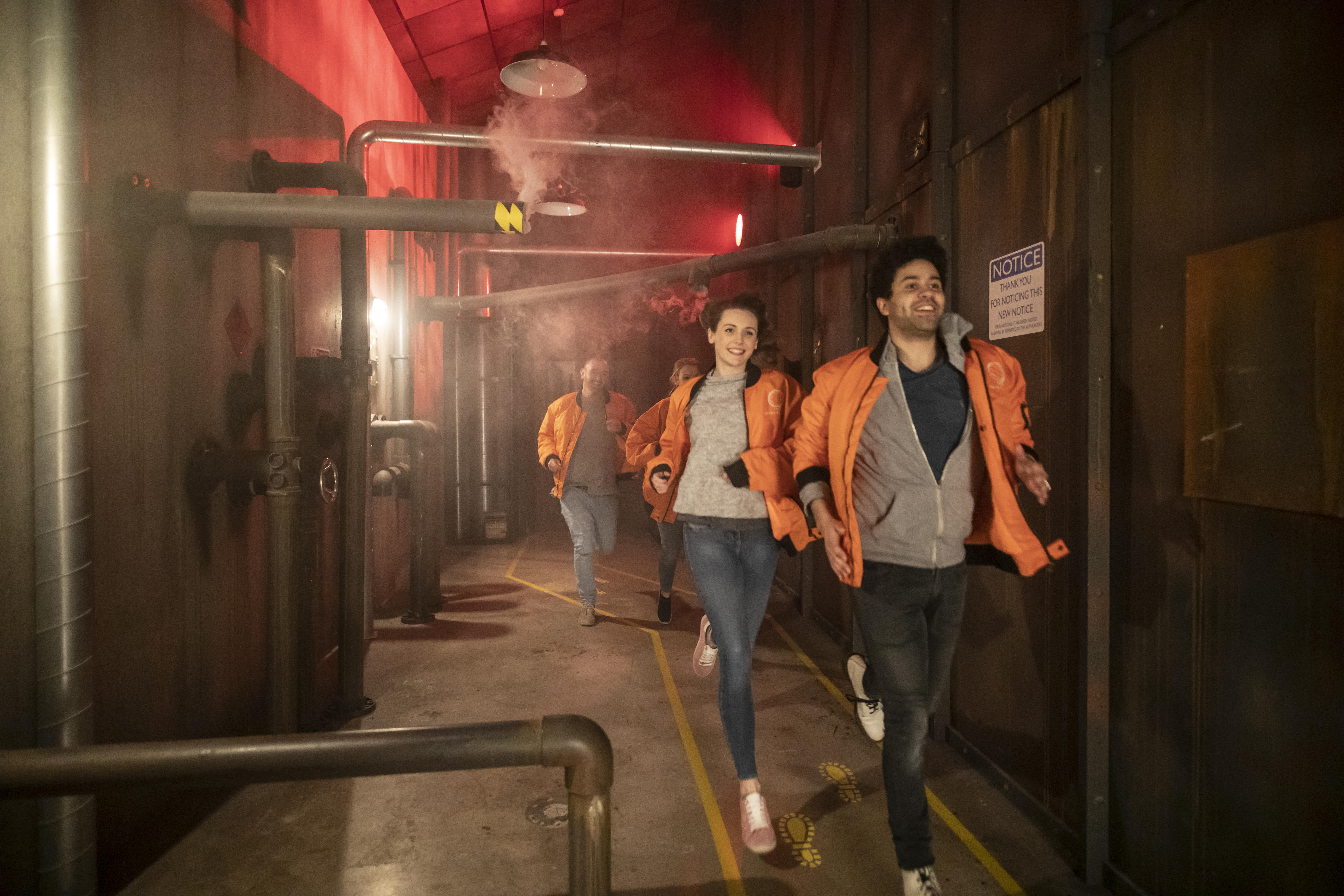 She wisecracked her way around the four zones – Industrial, Aztec, Medieval and Futuristic – as we tackled mental, physical, skill and mystery games.

First up was Emma, with a mystery game in the Medieval zone. I had no idea how to crack the code but Jim and Sarah (the clever ones) stepped in to shout instructions through the window.

Task one: Crystal secured, five seconds in the dome.

Next up was Jen, a Pilates teacher mostly seen in gym wear. She took on a physical game and spent the next two minutes resembling a hamster in a wheel. But the crystal she won restored her dignity. 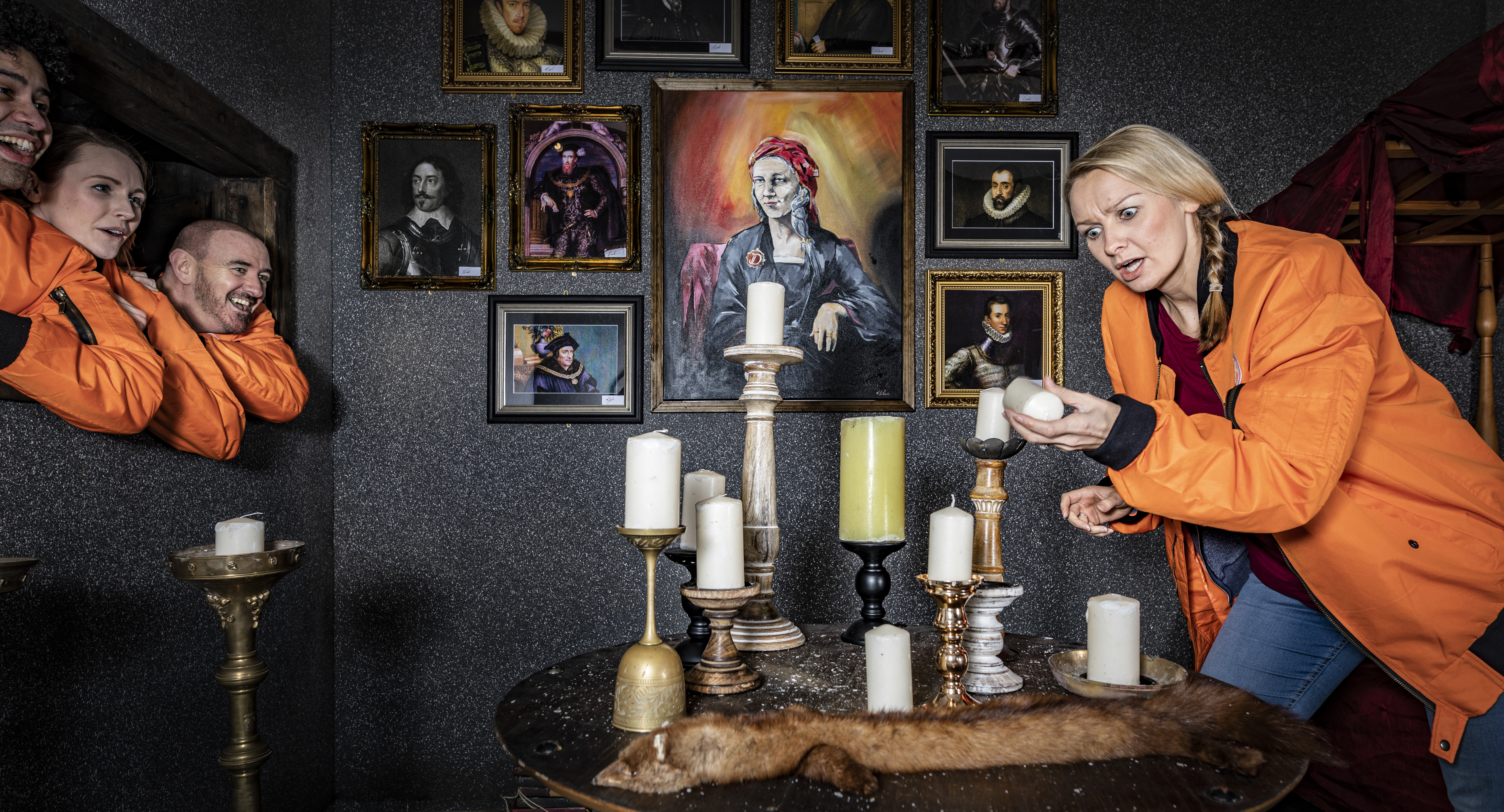 Others were less lucky. Carol completed a tricky task but seven cheering teammates failed to inform her she needed to press a button on the wall to get the crystal. If you were watching on telly, you’d have been calling us idiots.

It was just like the real thing…including the mis-steps.

Raith thrashed around in a ball pit like a toddler on Fruit Shoot while Jen failed to spark during a mental challenge involving batteries.

But as a team, we were the best performers of the day (it must have been a quiet one) with 11 crystals – securing 65 precious seconds in the dome. 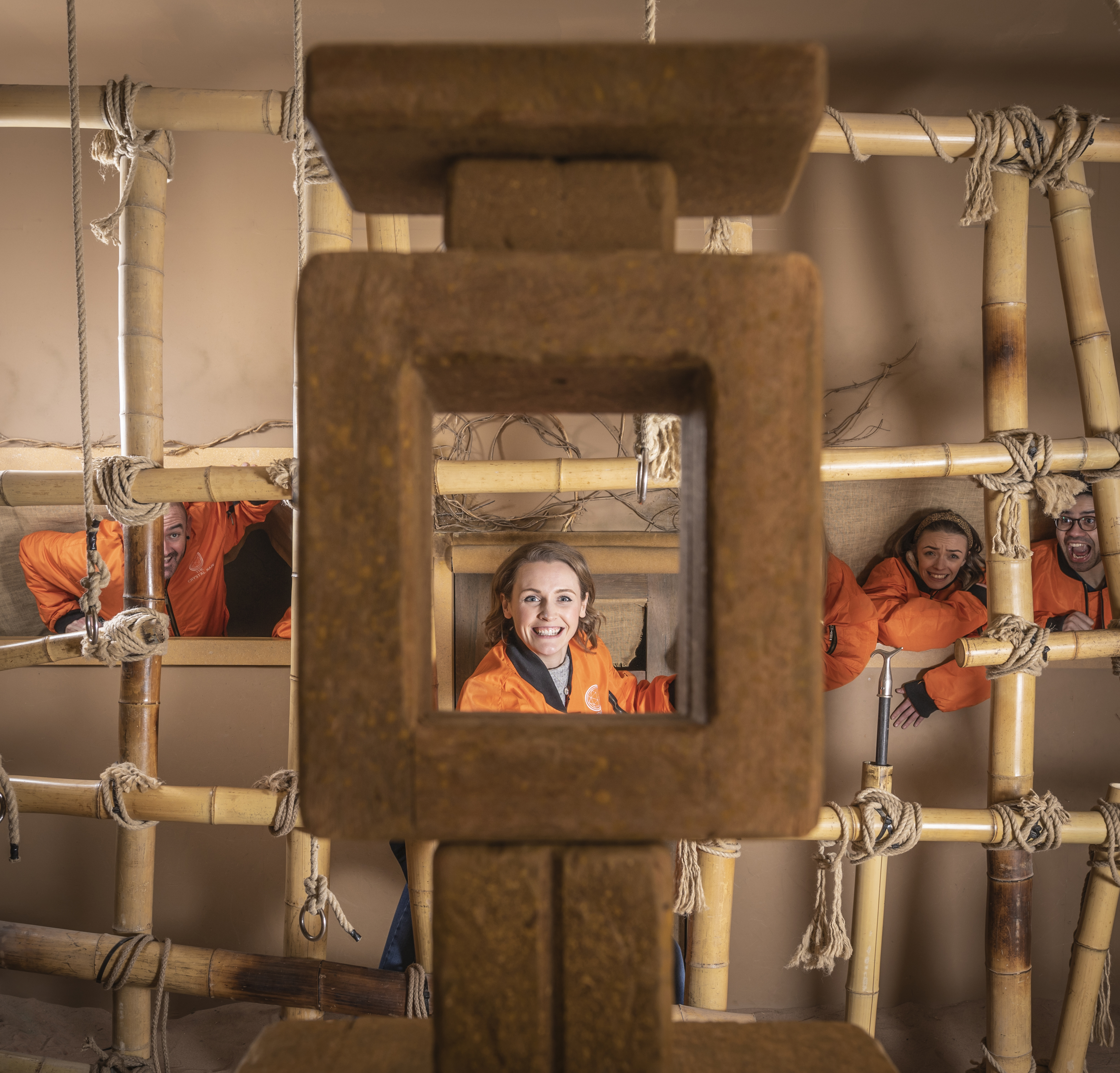 I always wondered why no one would simply lie down in the dome to catch the tickets.

The answer? You’re not allowed.

So how hard is it to grab them? Almost impossible.

That said, we stuffed as many as we could in the box for them to be counted. 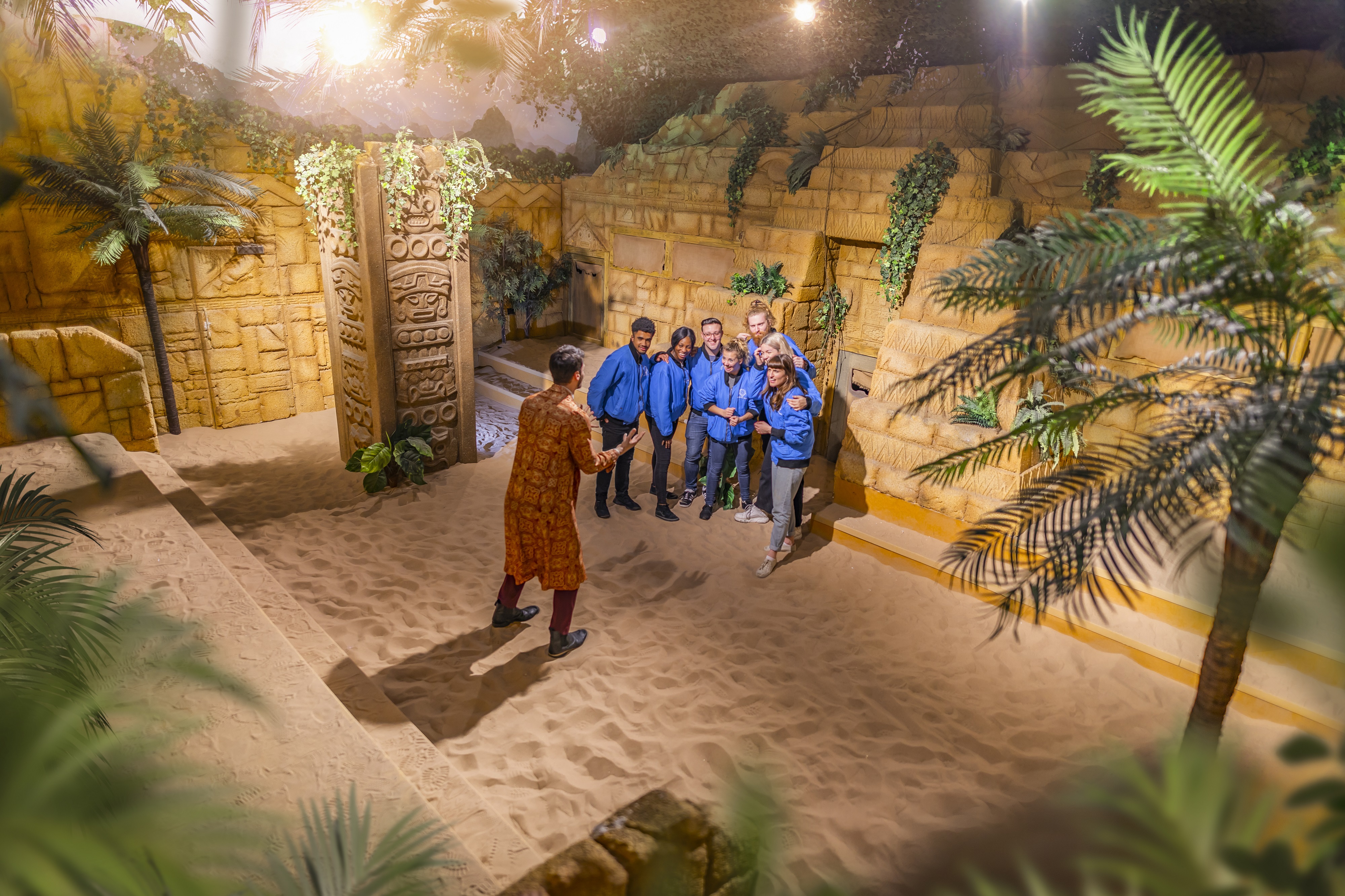 We racked up 216 tokens…and won absolutely nothing.

But just like the contestants on the telly, we had loads of fun.

Related posts:
'The Young and the Restless' Prepares to Say Goodbye to Dina Abbott Mergeron as She Dies
Daily Caller reporters say cops beat them with nightsticks during Wauwatosa protest
Popular News
Janel Parrish & Jeremy Jordan’s Christmas Movie ‘Holly & Ivy’ Premieres This Weekend!
31/10/2020
Man Utd wonderkid Ramon Calliste, called ‘the next Giggs’, now owns luxury watch business and makes £5m a year – The Sun
26/03/2020
Megan Thee Stallion Addresses Criticism Over Twerking: ‘I Love to Shake My A**’
26/03/2020
Police guard shops to stop coronavirus panic-buyers and enforce social distancing – The Sun
26/03/2020
Coronavirus: Good Morning Britain’s Dr Hilary reveals ‘game-changing’ self-testing kit
26/03/2020
Recent Posts
This website uses cookies to improve your user experience and to provide you with advertisements that are relevant to your interests. By continuing to browse the site you are agreeing to our use of cookies.Ok