Suspect shot after driver plows into group of bicyclists, critically injuring 6, in Arizona

A truck driver plowed into a group of bicyclists during a race event in eastern Arizona, and police said Saturday that an officer shot the suspected driver, who had fled the scene in their vehicle.

Six victims were taken to the hospital with with injuries — four of whom were in critical condition, while two were “critical but stable,” police said. Police said two to three other “walk-in” victims at Summit Healthcare were in stable condition. 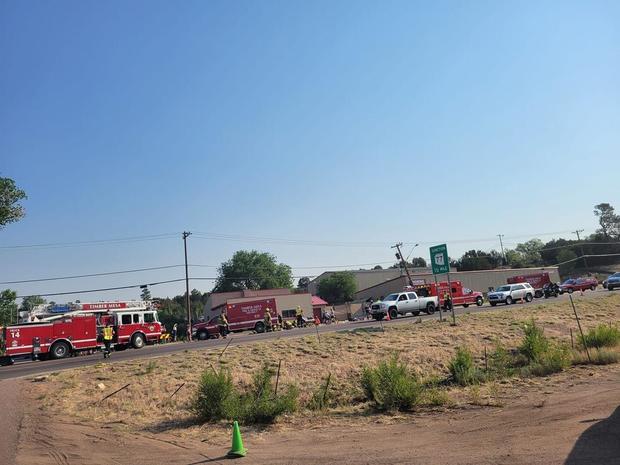 Police said the suspect fled the scene in their vehicle. Police chased the suspect, and eventually shot them in an area behind Ace Hardware, in Show Low. The suspect was in critical, but stable, condition, police said.

Show Low Police said that multiple agencies were investigating the incident, including the Navajo County Sheriff’s Office and the Arizona Department of Public Safety.

CBS affiliate KPHO-TVZ reports that Kristine Sleighter, a SLPD department spokeswoman, said, “Our community is shocked at this incident and our hearts and prayers are with the injured and their families at this time.”