Home » Lifestyle » SunSport readers pick their England XI with Foden, Grealish AND Mount – but no room for Rashford or Sancho

SunSport readers pick their England XI with Foden, Grealish AND Mount – but no room for Rashford or Sancho

SUNSPORT readers have had their say on how England should line up versus Croatia – with Phil Foden and Jack Grealish BOTH making the cut.

Creativity is in abundance in the fan-voted XI but Marcus Rashford, Jadon Sancho and Raheem Sterling have to make do with a spot on the bench. 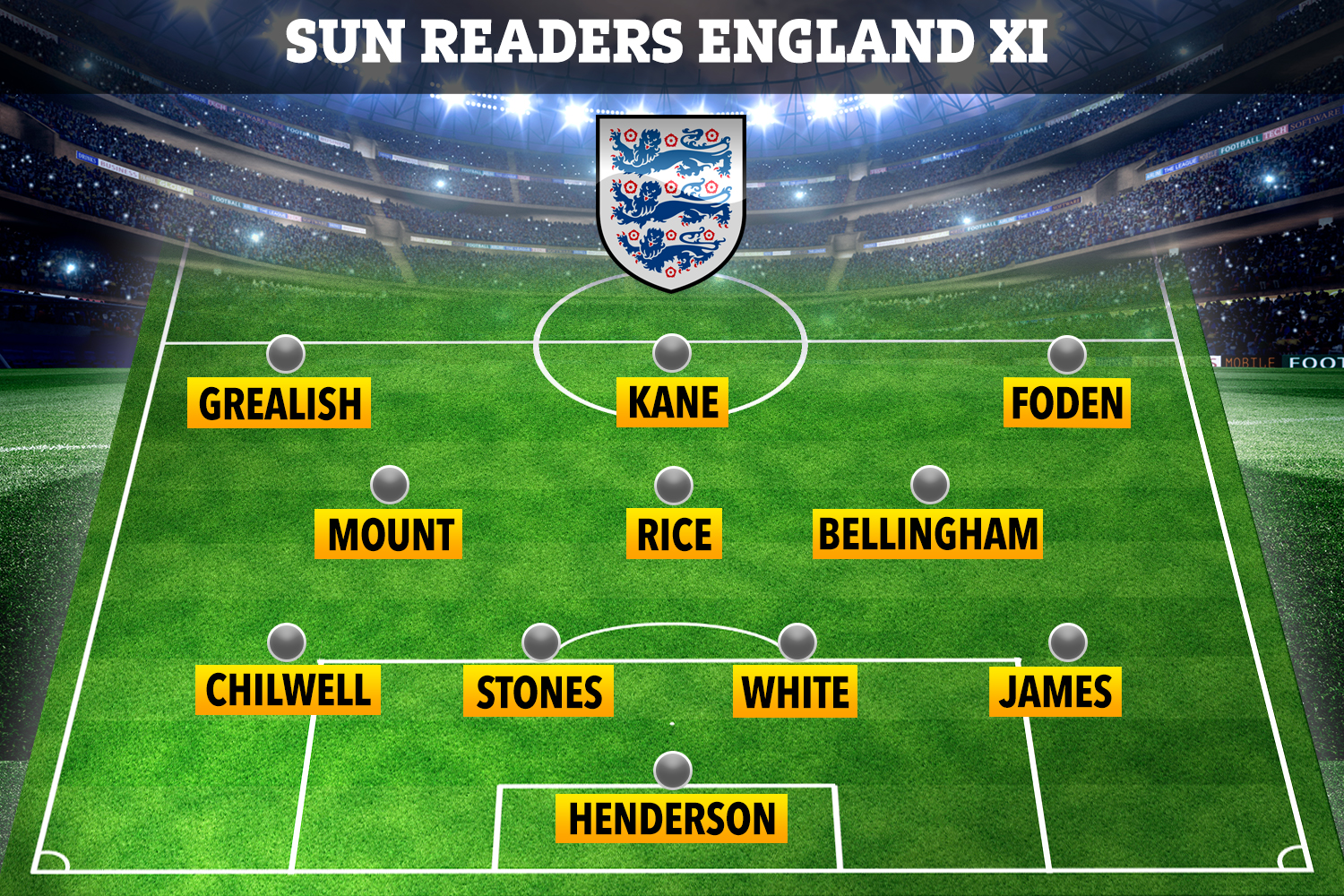 Ahead of Sunday's Wembley showdown to kick off the Three Lions' Euro 2020 campaign, we asked our Twitter followers to pick between Gareth Southgate's options for each position.

Straight in up front with 92.1 per cent of the vote was Harry Kane, the captain the first name on the teamsheet for many and comfortably beating Dominic Calvert-Lewin in our poll.

Another forward receiving overwhelming backing was Grealish, who clocked 72 per cent in his battle with Rashord (19.2 per cent) and Sterling (8.8 per cent).

While none of the trio have hit top form in recent months, the Aston Villa man's return from injury and impressive warm-up performances have fans in no doubt that he should start.

On the opposite flank, Foden claimed the battle of the young wingers and won out over Jadon Sancho by almost two votes to one.

Jude Bellingham was something of a surprise name to come out of the poll with fans backing the teenager over Kalvin Phillips. 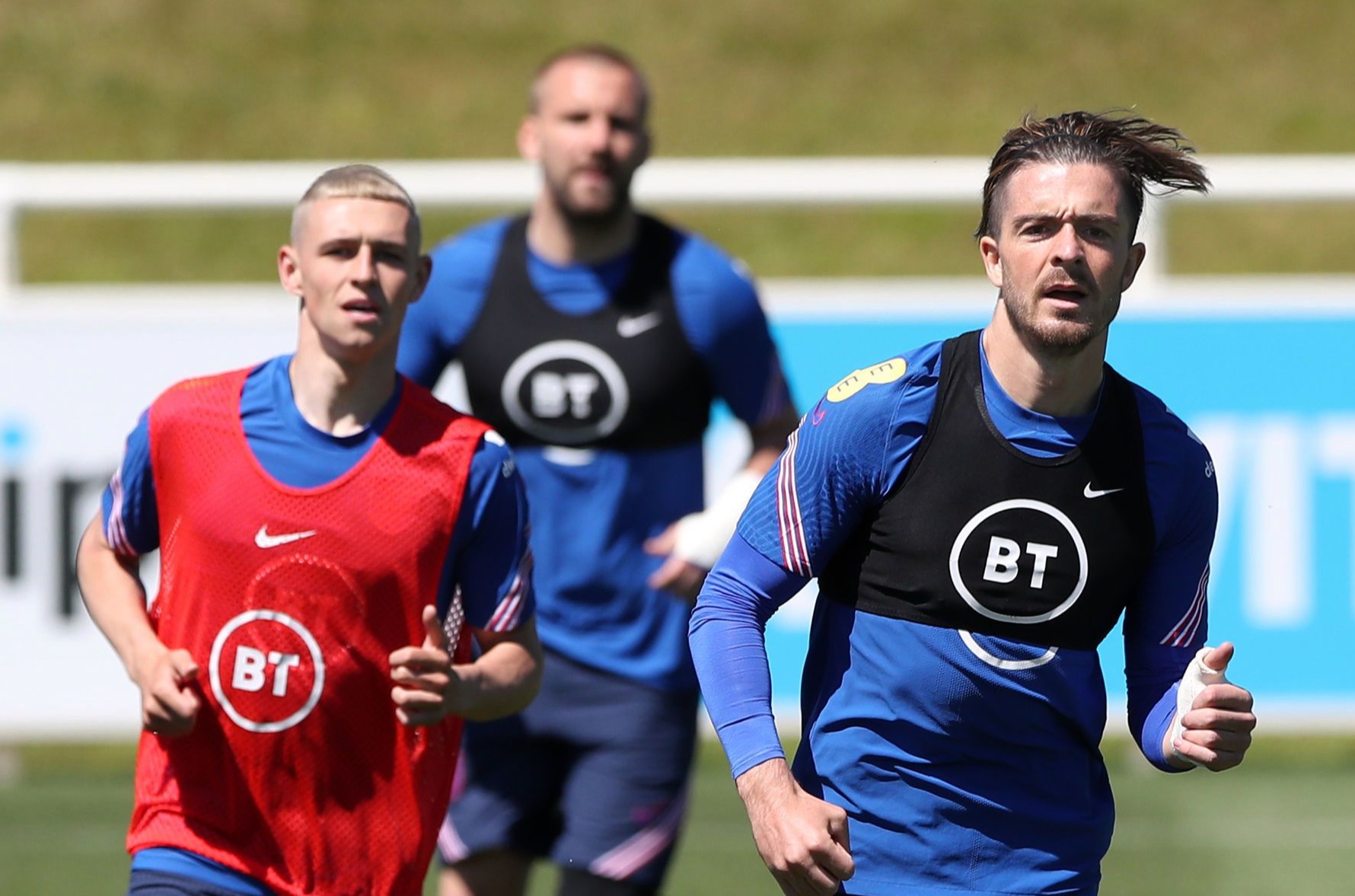 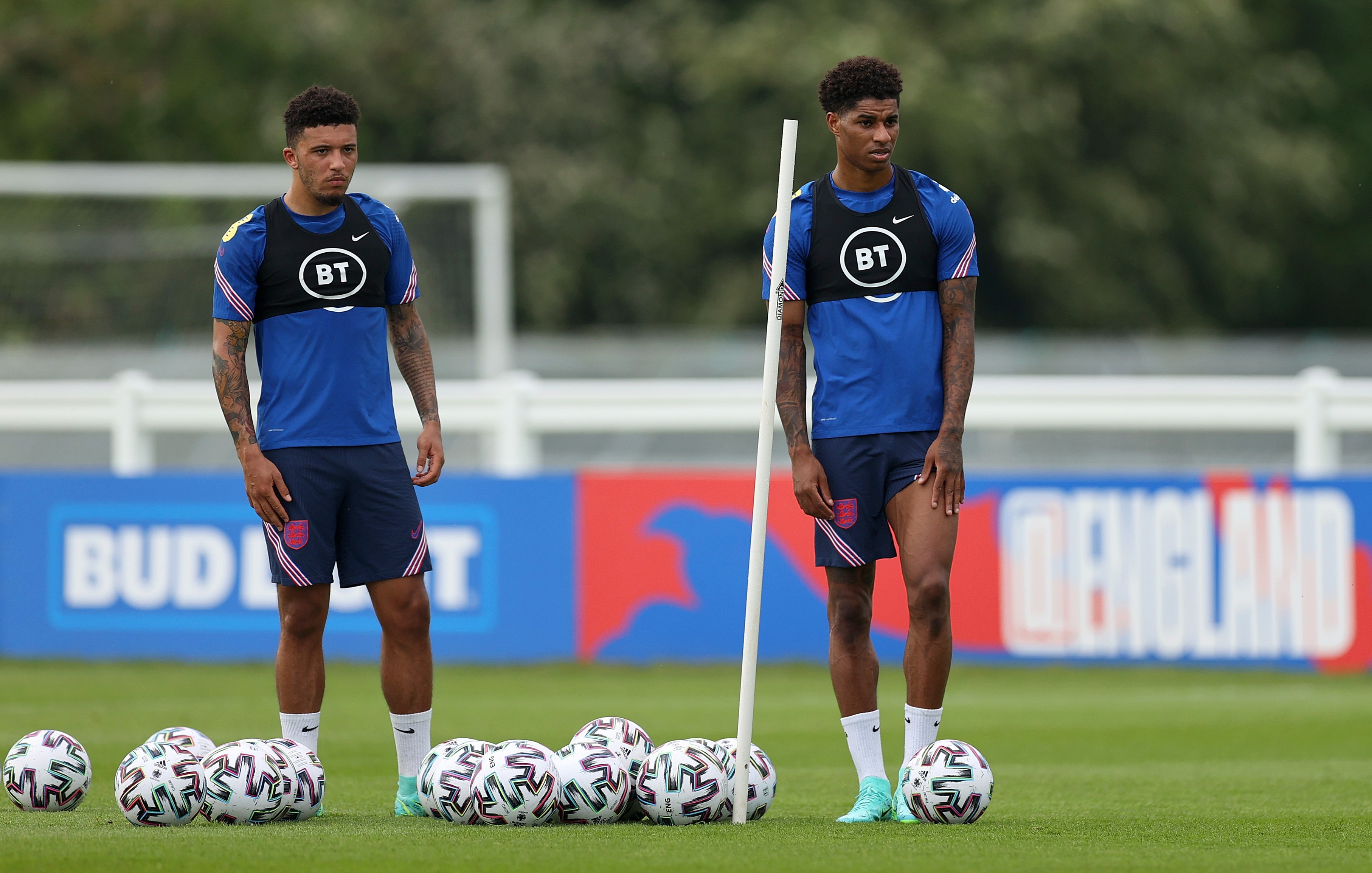 Southgate has given Jordan Henderson the opportunity to prove his form and fitness despite a lengthy spell out yet readers are not convinced by his ability from the first whistle on Sunday.

Only nine per cent of voters picked the Liverpool star, well behind Declan Rice and Mason Mount.

The defence witnessed the tightest match-up as Ben Chilwell took the left-back position by just 1.3 per cent, leaving Luke Shaw to narrowly miss out with Bukayo Saka well behind the pair.

With Harry Maguire unlikely to be fit, John Stones was streets ahead of Conor Coady at centre-back with newly-selected Ben White joining him after beating Tyrone Mings 57.4 per cent to 42.6 per cent.

And readers highlighted the debate being had over the goalkeeper position as all three options performed well in their tight poll.

Sam Johnstone (14.7 per cent) did better than expected behind incumbent Jordan Picked (38.2 per cent) and fan preference Dean Henderson, who clocked up 47.2 per cent of the vote.

Southgate may well take the advice as he picks his line-up for the 2pm kick-off on Sunday.