Sun seen in unprecedented detail thanks to UK-built spacecraft 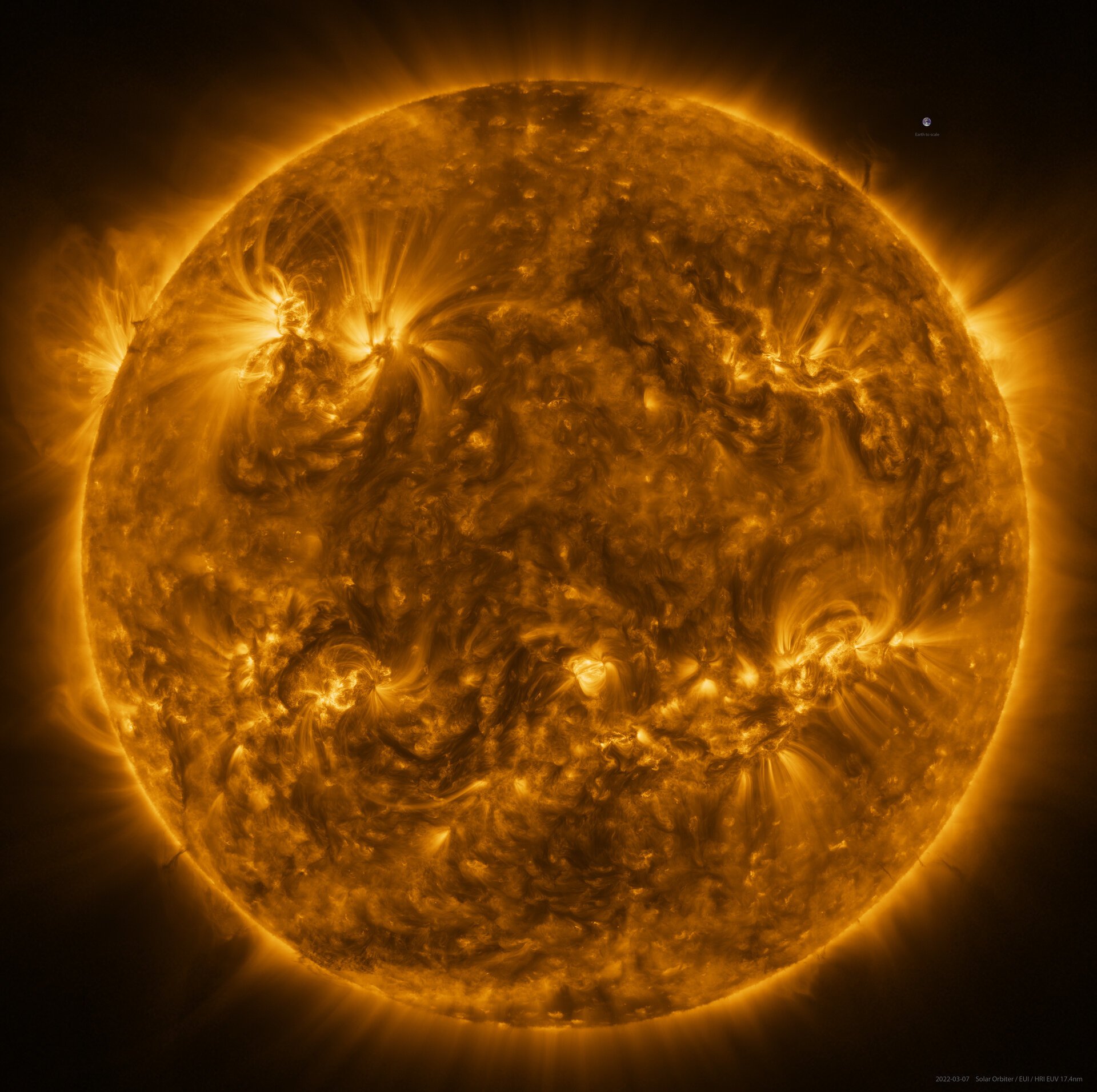 The sun has been seen in unprecedented detail thanks to the latest images from the Solar Orbiter.

The pictures were taken on March 7 when the UK-built spacecraft crossed directly between the Earth and sun.

One of the images, taken by the extreme ultraviolet imager (EUI), is the highest resolution image of the sun’s full disc and outer atmosphere, the corona, ever taken.

Another image, taken by the spectral imaging of the coronal environment (Spice) instrument, represents the first full sun image of its kind in 50 years, and the best one ever taken, the European Space Agency (ESA) said.

Such detailed observations mean scientists will be able to look into what is behind powerful eruptions on the star’s surface and how this impacts space weather.

Caroline Harper, head of space science at the UK Space Agency, said: ‘This is an exciting landmark for Solar Orbiter, which is now even closer to the Sun than Mercury and capturing breath-takingly clear images and data about the solar atmosphere.

‘Observing the sun in such detail will allow scientists to find the origins of powerful eruptions and other events on the Sun’s surface and in its atmosphere, to better understand how they contribute to space weather.

‘The UK has played a leading role in designing and building Solar Orbiter, and in developing the science instruments capturing these high-definition images and data.

‘We look forward to many more exciting moments as the spacecraft continues to pass the sun over the coming years and orientates itself to observe our star’s poles for the very first time.’

The images were taken when the Solar Orbiter was at a distance of around 75 million kilometres, half way between Earth and the star.

The full image taken by EUI took more than four hours to capture, as it needed to stitch together multiple images of different parts of the sun, and has a resolution that is 10 times better than what a 4K TV screen can display.

At the two o’clock and eight o’clock positions on the edges of the sun, dark filaments can be seen projecting away from the surface.

These are prone to erupt, throwing huge quantities of coronal gas into space and creating space weather storms, experts say.

This will allow solar physicists to study one of the most puzzling observations about the Sun, how the temperature increases through the ascending layers.

Usually the temperature drops as you move away from a hot object, but above the sun, the corona reaches a million C whereas the surface is only about 5,000C.

Investigating this mystery is one of the key scientific objectives of Solar Orbiter which was launched in February 2020.

Emmerdale’s Mark Charnock used clever mirror technique to film Marlon’s stroke
I’m a mum-of-nine and my twins have different birthdays, I like them to celebrate together though so I just alternate it
Popular News
27% of consumers in relationships expect Valentine's Day spending may cause them to rack up credit card debt
08/02/2023
Man Utd wonderkid Ramon Calliste, called ‘the next Giggs’, now owns luxury watch business and makes £5m a year – The Sun
26/03/2020
Megan Thee Stallion Addresses Criticism Over Twerking: ‘I Love to Shake My A**’
26/03/2020
Police guard shops to stop coronavirus panic-buyers and enforce social distancing – The Sun
26/03/2020
Coronavirus: Good Morning Britain’s Dr Hilary reveals ‘game-changing’ self-testing kit
26/03/2020
Recent Posts