Home » Lifestyle » Strange, unlikely and unpleasant things can comfort us – this is why

Strange, unlikely and unpleasant things can comfort us – this is why 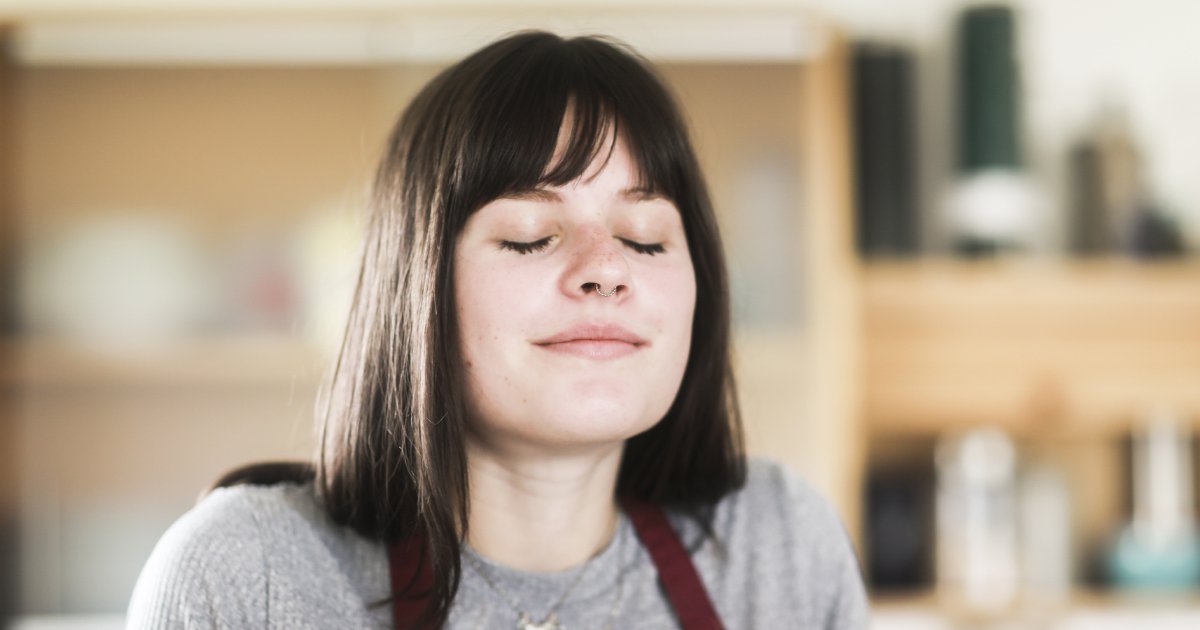 Waiting in the doctors office to have my first cervical screening, I was naturally a little nervous.

As the nurse’s room door swung open a waft of microwaved food, like the kind canteens would serve up at school in the 00s, hit my nostrils.

I was instantly calmed and soothed – even though I don’t like that smell and was a packed lunch kid.

Particularly with the smell sense – which of all the senses has a closer relationship to memory – it can hark you back to a time or place from your past.

It’s likely that in the nurse’s room, smelling something reminiscent of childhood in that moment triggered a feeling of familiarity and safety, when the opposite feelings were true of the circumstances.

Dr Elena Touroni, consultant psychologist and co-founder of The Chelsea Psychology Clinic, tells Metro.co.uk: ‘Our sense of smell can act as a powerful shortcut to memory.

‘In fact, smell is the most evocative memory sense that we have.

‘As soon as you smell something that has an association to a particular time in your life, it will evoke the emotion that connects to that smell.’

Though it also works with the other senses, as seeing something that is rooted in a positive memory, for example, can have the same effect.

‘The [thing] itself doesn’t have to be particularly pleasant in order to provoke a positive memory.

‘It’s very common and we purposefully use it as a psychological strategy in therapy – especially for those who have experienced trauma or have emotional difficulties, for example,’ she adds.

It’s more about the association, rather than enjoyment of the thing itself.

A number of Metro.co.uk readers shared their strangest sources of comfort – from cow pat to small spoons.

The unlikely things that comfort our readers

Cow pat: ‘It’s the smell – my grandparents lived next to a diary farm when I was little. It makes me feel peaceful and nostalgic.’

Soap operas: ‘When I first arrived in this country Home & Away was all I could watch because we didn’t have Disney channel or any of those things. When it randomly pops up now it really brings back all those memories of how life was back then. We had the smallest TV.’

Sponges: ‘The smell of a new artificial sponge.’

Small spoons: ‘Small spoons in small espresso cups remind me of France and my college years.’

Sawdust: ‘For me it’s sawdust – B&Q feels like a safe space, I think because I had great trips there with my dad when I was little.’

Gasoline: ‘The smell of gasoline because it reminds me of my grandpa who worked on cars.’

Checkered tiles: ‘They remind me of the flat I first lived in as a baby and toddler. The kitchen had them and it’s one of my few memories of the flat.’

White sub rolls: ‘They take me straight back to primary school, specially my first primary school. It’s odd to think it comforts me, because I had such an awful time there. Somehow those lunchtime sub rolls were a break from it all, and they took me home in a way.’

Being reminded of a positive past memory was the recurring reason for why people looked fondly upon seemingly unemotional or unlikely objects and sensorial experiences.

So if you’re going into a situation that might require a little extra soothing, it could be useful to amour up with the personal and individualised things that invite calm.

It’s perfectly normal for an ‘odd’ thing to calm you down.