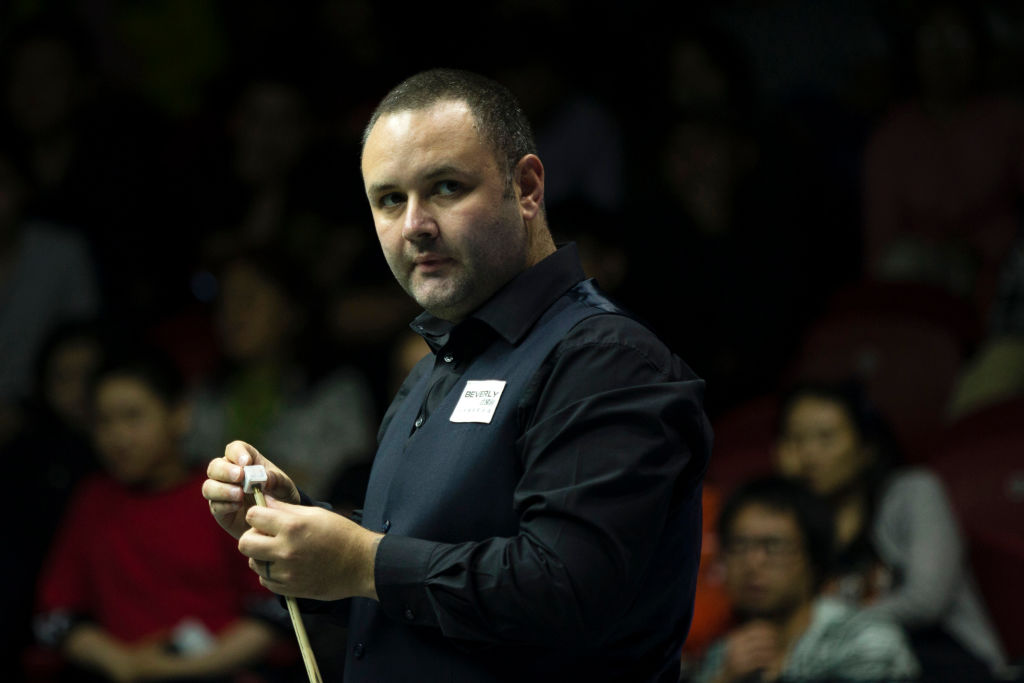 Voice of the nation, Stephen Maguire, is pining for pubs to reopen as he misses the release of a night out to break the monotony of lockdown and the ‘new normal’ snooker tournaments are played under.

Few may be able to relate to the snooker experience, but many millions will be familiar with Maguire’s longing to return to the boozer with friends and enjoy some liquid refreshment.

The Scot played his good pal Matthew Stevens in the second round of the Welsh Open on Wednesday, dismantling the Welshman 4-0 in impressive fashion.

The 39-year-old made two centuries and three more half-centuries in a superb contest, clearly not struggling to perform against a friend of his.

Maguire says that usually the two men would have enjoyed a beer afterwards, but clearly cannot at the moment, and the lack of ability to let off steam during a tournament – and life in general – is tough at the moment.

‘We’ve been pro that many years we’re used to playing each other, he wished me all the best and I’d be the same, normally we’d have a pint after it but obviously we can’t,’ Maguire told Metro.co.uk.

‘It is, without a doubt [a problem]. I’ll be honest, if I’m at a tournament for a week or any longer than that, you’re guaranteed I’ll be out one night.

‘It’s new to me, it’s new to everyone. You need to let off steam. You need to get away. I know some boys go back and watch a game, watch the snooker at night, that’s not for me.

While snooker players are undoubtedly fortunate to be out of the house and continuing their jobs, especially at the new venue of Celtic Manor this week, life on the road in coronavirus times is tricky.

Maguire arrived in Newport on Sunday afternoon, played on Monday night and then Wednesday morning, with almost nothing to do in between those matches.

‘Yesterday [Tuesday] I hung about, I tried to do the right thing, tried to get a practice and it’s booked out completely,’ he said. ‘I got five minutes and got chipped off so I’m not doing that again.

‘Today, I’ll probably hang about the venue because you can’t be in the hotel all day and there’s nowhere else to go. That’s new to me, I’d never hang about the venue. I never go in the Players’ Room. You just try to make the best of it. There’s no choice, no choice at all.’

Clearly the unusual situation hasn’t harmed his game this week, as the dominant win over Stevens came after a comfortable 4-1 victory over Dominic Dale,, with Maguire facing Matt Selt in round three.

Asked whether the boredom of hotel life left him raring to go for matches, it was more that the pressure is off as there is an instant benefit of losing.

‘A wee bit, but on the other hand, I’ll be honest it’s a win-win situation,’ Stephen explained. ‘In my mind I’m like, if I get beat here I’m in the car and I’m home I’ll be home that day, that’s a win.

‘If I win my match, I’m still in the tournament and that’s good, I think of it that way. Worst that can happen is I’ll be in Glasgow seven hours later. Seven hours though, that’s hard to get your head round.’

Not wanting to sound ungrateful, Maguire knows he is fortunate to be playing snooker and feels for the many people in even more confined situations living through the restrictions of the pandemic.

‘100% it’s a problem, it’s dangerous I think,’ he said. ‘I’m not saying I know personally, but there must be people out there, say in a flat, you’re locked in a flat, no garden, like a hotel room you can’t go out, you don’t see sunlight. It’s tough.’

Maguire has spoken about how he was struggling with the experience of lockdown and travelling constantly to Milton Keynes from Scotland before Christmas, which led to him smashing the pack of reds at the break at the Scottish Open (in MK) in December.

He is in a much better place now and feels like nothing will illustrate your mood more clearly than a game of snooker, be it positive or negative.

‘It’s a hard game, man,’ said Stephen. ‘Some people compare it to darts, are they mad? It’s not even on the same scale.

‘It’s a tough, tough game, not even just to pot the balls, but on the mind. When you’re sitting there and there’s nothing you can do when the other guy’s doing the business.

Maguire is a tough man to predict on the table, capable of winning any tournament he enters, but trophies don’t arrive on his mantlepiece on a regular basis.

He is feeling good in his game, though, and knows that momentum is easy to build in the Home Nations events from here on in.

‘I’d love a wee day out, I’d feel better then, but I’m happy I’ve won, I’ve won two matches quite comfortable and I’ve not done that this season,’ he said.

‘We’ll see what happens tomorrow [Thursday], win the first one and then one big match for the quarters. We can just show up and try and pot balls.’

For more stories like this, check our sport page.