The pandemic has altered sleep patterns for many people, but Jordan and Zac Stenmark are determined to help the public snooze more soundly.

The twin Australian models, who were discovered by Tom Ford and have been featured in campaigns and on runways for high-profile fashion brands including Calvin Klein and Giorgio Armani, have created a company intended to improve sleep health.

The brothers teamed with chemical physicist Dr. Stafford W. Sheehan from Yale University to invent a line of eyewear named Dreamers, which launches today. The glasses feature patent-pending DreamTech Sleep lenses that block 99.9 percent of blue-green light, which has been shown to disrupt sleep. By wearing the glasses for a minimum of 30 minutes before bed, the body is able to naturally produce melatonin, which aids in the process of falling and staying asleep.

In addition to the Sleep lenses, the Dreamers collection also includes Screen lenses, designed to be worn during the day to block the blue light emitted from computer screens that can lead to eye strain and headaches.

Although the Stenmarks are not the first to offer sleep-aid eyewear — Roka, Blublox and others are also in the market — the Dreamers collection boasts a few benefits the others don’t, they said.

In an interview from their home in Sydney where the 29-year-old twins have been living since the start of the pandemic, Zac Stenmark said that the current crop of glasses on the market only block a portion of blue-green light, so they worked with Sheehan to develop a lens that could block nearly all of the light — “and do it in a functional and fashionable way,” he said. “We wanted to create a product we would want to use.” 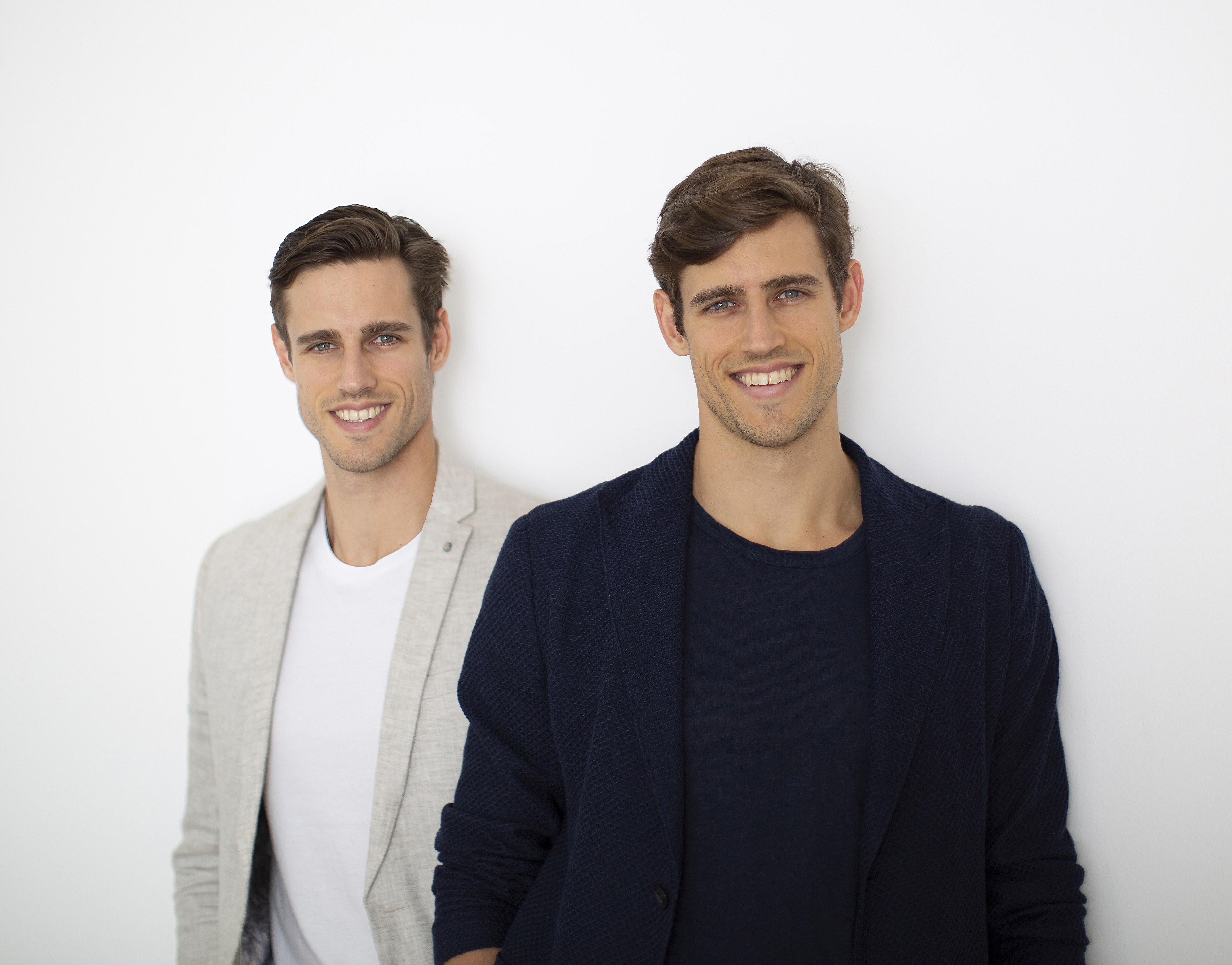 A big barrier of the glasses currently in the market is the way they look. “We know from the industry we come from that people want to be stylish,” Jordan Stenmark said. “Just because it’s scientific doesn’t mean it can’t be beautiful.”

Dreamers offers a retro-inspired aviator and classic D-frame Wayfarer, both of which are available to pre-order in prescription lenses as well. Each style is available in clear, black or tortoiseshell. 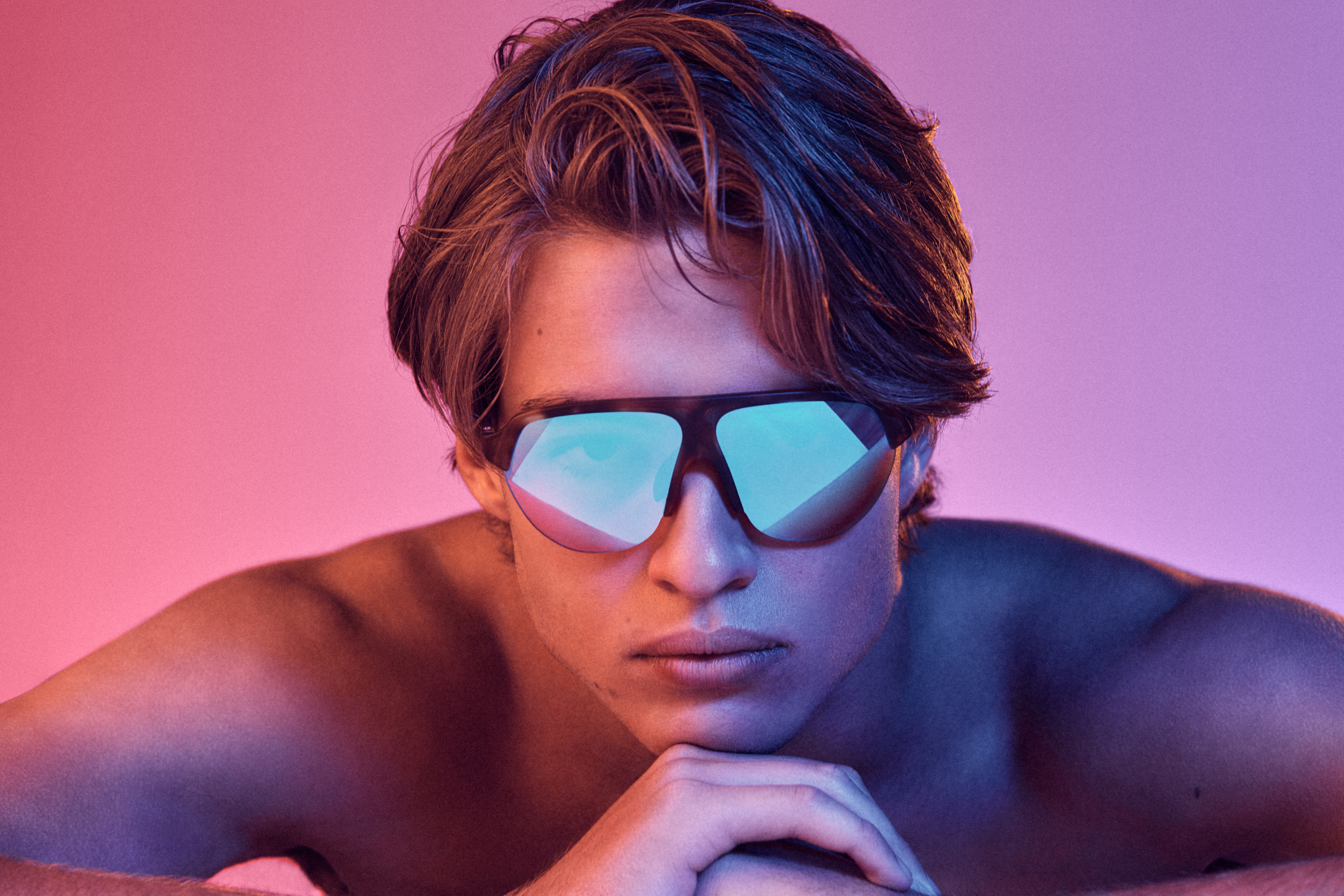 “Most technology currently available only blocks a narrow band of blue light,” said Sheehan. “However, research shows us that unless the entire sleep-disrupting blue-green spectrum is blocked, our circadian rhythm, or natural sleep-wake cycle, will be disrupted.”

“Health is a big focus for us,” Zac Stenmark said. When they were jetting around the world for photo shoots, they realized how their sleep patterns were altered by travel on planes and working in all different time zones.

“Over the last 10 years, like many, we’ve been working crazy hours with very early starts and late nights,” Jordan Stenmark said. “We quickly realized that quality sleep had a dramatic impact on our physical and emotional health. So it was out of necessity that we came up with this idea.”

They started doing research and quickly realized “just how important sleep is as the real foundation of health,” Zac Stenmark said. They discovered the impact of blue-green light on the body’s ability to produce melatonin and set out to find a solution and an effective way to “recharge your batteries,” his brother added.

“Depression and anxiety are two of the fastest-growing health concerns today, especially for people in our age group,” said Zac Stenmark. “As we became more informed about the indisputable connections between the overexposure to artificial blue-green light, sleep quality and mental health, we felt compelled to work toward finding a solution.”

Dreamers has a global patent on the lenses and the glasses will be sold on the brand’s e-commerce site that officially launches today. They will retail for $135 in the U.S.

The Stenmarks, who were discovered while studying economics at a university in Sydney on a soccer scholarship, made their modeling debut with a 60-page editorial shot by Milan Vukmirovic in L’Officiel Hommes Paris in 2011. Eighteen months ago, they launched Stenmark Life, a health and wellness site where they offer tips on fashion, fitness and food.

“Our career is about longevity,” said Jordan Stenmark, “and being as healthy as possible. It’s about lifestyle, not just six weeks to get shredded. You only get one body — well, we’re twins so we actually get two bodies — so you better look after it.”

Although the pandemic has put their modeling career on pause, the brothers are eager to return to New York and get back into the business when they can.

“Modeling is something that we really love,” he said. “We’ve done it for 10 years and to not continue to be part of that would be sad.”

But for now, the focus is on Dreamers. Although the launch is focused on eyewear, the Stenmarks didn’t rule out expanding the franchise into apparel someday. “There could be something interesting in the sleep space that could be in the cards down the line,” Jordan Stenmark hinted. “But we want to start with eyewear, do it well and prove to the consumer that we can make a quality product. Then we’ll go from there.”

For the launch, the Stenmarks are working with models and influencers Charlotte D’Alessio, Barbara Palvin, Maeve Reilly, Jake Miller and Riley Hubatka to promote the collection.