Sports world reacts to death of Prince Philip, the Duke of Edinburgh

Prince Philip, the Duke of Edinburgh and husband of England's Queen Elizabeth II for more than seven decades, has died, Buckingham Palace announced Friday. He was 99.

Throughout his life, Philip had his associations with sports — he and the queen apparently met on a tennis court.

He was a two-term president at the Lord's Marylebone Cricket Club — commonly referred to as "Lord's" and regarded as the worldwide "Home of Cricket" — and presented the Lord's Taverners ECB Trophy until his retirement from public life in 2017.

Philip also played a role in the opening ceremonies of the 1956 Olympics in Melbourne, Australia. 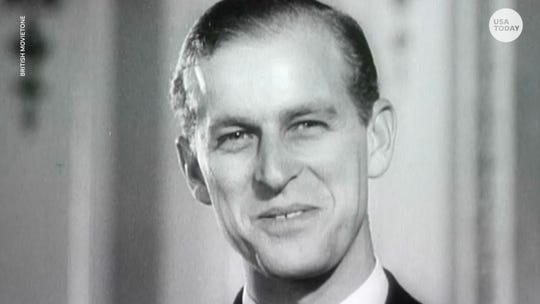 Organizations and individuals throughout the sports world have begun offering their respects to Philip online:

The English Premier League will hold a moment of silence before all matches Friday and this weekend.

The Premier League is deeply saddened to hear of the passing of His Royal Highness The Prince Philip, Duke of Edinburgh.

Our thoughts and condolences are with Her Majesty The Queen, The Royal Family and all those around the world mourning the loss of His Royal Highness. pic.twitter.com/sgKsgcBwFP

The players and staff of Middlesex and Somerset join the umpires and MCC representatives for a two-minute silence, as the flags atop the Pavilion are seen at half-mast. pic.twitter.com/NIZOPICvg3

On behalf of all at The AELTC, we wish to convey our deepest sympathy to Her Majesty The Queen and The Royal Family on the passing of His Royal Highness The Duke of Edinburgh.

"We were honoured to welcome The Duke to The Championships, Wimbledon, on six occasions, most recently in 1977 during The Centenary Championships. His Royal Highness also graciously accepted the invitation to present the Gentlemen’s Singles Trophy on Centre Court to Lew Hoad in 1957 and Neale Fraser in 1960."

"I would like to express my condolences to the royal family and to be very honest and say I have deep, deep, deep, the utmost respect for the royal family. I believe that is not just this country that it's going to be sharing these feelings because I am not English and I know that many like myself, we have the utmost respect, so I am sorry to stop your question with this."

The FA has ordered all flags at Wembley Stadium and St. George's Park at half-mast:

As a mark of our respect, all flags at @WembleyStadium and St. George’s Park will fly at half-mast. pic.twitter.com/Da2itYICYS

Vanderpump Rules' Jax Taylor says ex-boss Andy Cohen is 'not allowed near his house' after he was fired from the show
Paige Spiranac details Instagram scare over OnlyFans joke
Popular News
Why does Tom Cruise do his own stunts? ‘No one asked Gene Kelly, ‘Why do you dance?’’
18/05/2022
Man Utd wonderkid Ramon Calliste, called ‘the next Giggs’, now owns luxury watch business and makes £5m a year – The Sun
26/03/2020
Megan Thee Stallion Addresses Criticism Over Twerking: ‘I Love to Shake My A**’
26/03/2020
Police guard shops to stop coronavirus panic-buyers and enforce social distancing – The Sun
26/03/2020
Coronavirus: Good Morning Britain’s Dr Hilary reveals ‘game-changing’ self-testing kit
26/03/2020
Recent Posts