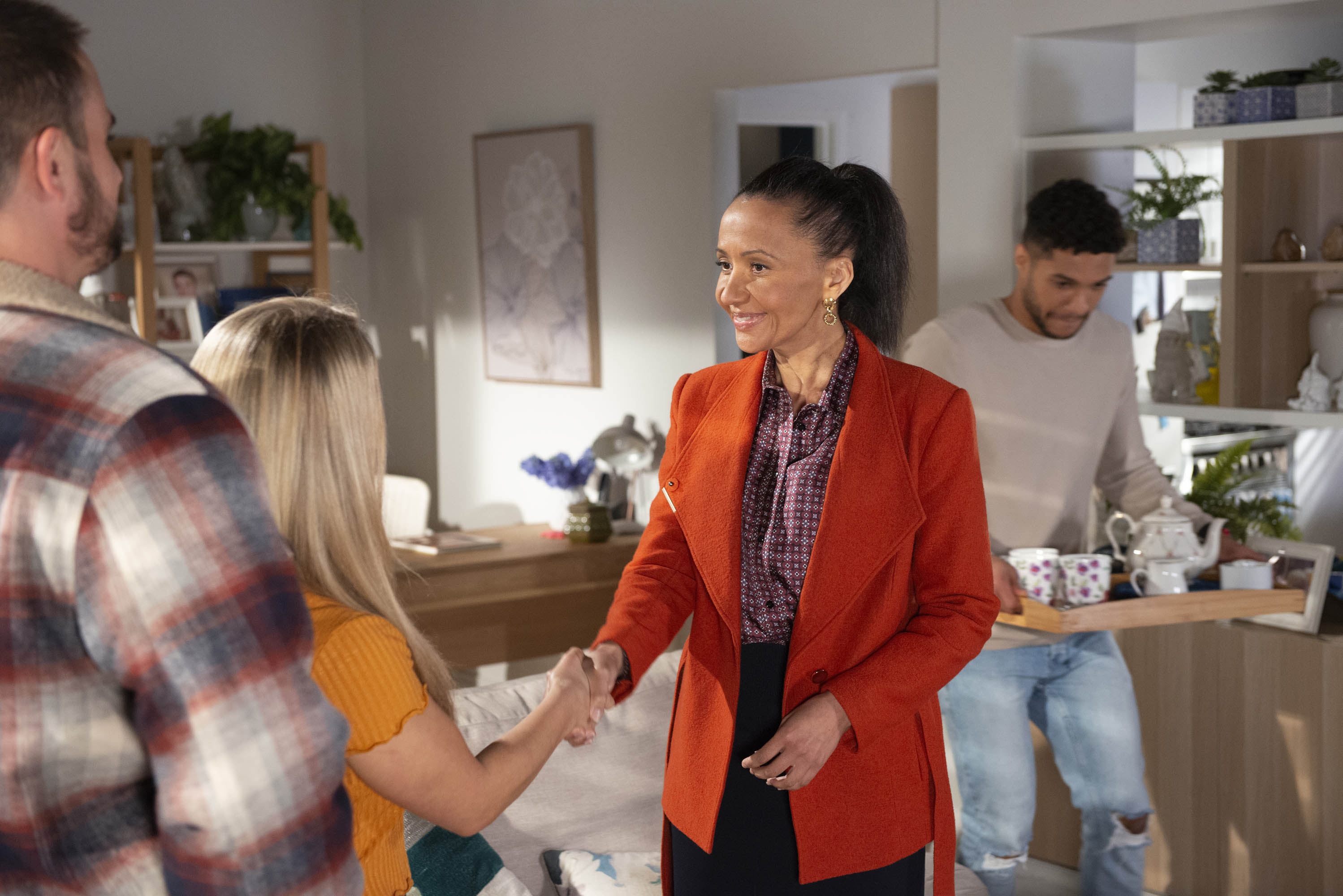 Levi (Richie Morris) has come around to the idea of a polyamorous relationship with Amy (Jacinta Stapleton) and Ned (Ben Hall) in Neighbours, but a surprise visitor is about to put a spanner in the works.

This is quite a big deal given that other people, AKA Sheila (Colette Mann), have tried to break up his modern relationship and failed dismally. What can this newcomer bring to the table that will make Levi see things differently?

Ned and Levi are both miffed when Amy doesn’t choose either of them for the launch party. Little do they know Amy wants them both there, but just can’t choose between them. When it all comes out

they come up with a solution; to go bold and attend as a thruple. But before they can get in their gladrags and head out the door, said spanner arrives.

Levi’s jaw hits the flaw when Evelyn (Paula Arundell) shows up unannounced. She’s extremely conservative and he knows she won’t approve of the arrangement. He also knows that despite being a grown man, he is still governed by his mother. He crawls to Amy with his tail between his legs – their relationship needs to go on ice before mummy dearest finds out and judges them all.

Sheila and Evelyn have some unresolved beef from the past, although Sheila was until now unaware of this, and the two women butt heads as the truth comes out. Sheila wants to make amends, but it seems like there’s too much water under the bridge for Evelyn.

At first, Sheila thinks it’s a lost cause and resolves to give up, but when she notices Levi is keeping away from Amy while his mum is around, she decides to pull out all the stops to make Evelyn stay.

When Amy’s party goes belly up, Levi is gutted not to be a rock for Amy and feels a sting when he sees Ned swooping in to be a shoulder to cry on. Now Levi’s nervous. He senses he’s about to lose one of the best things to happen to him recently. He has a decision to make.

Does he let the relationship slip through his fingers, or does he give in to his feelings and risk his relationship with his mum?