Home » Lifestyle » Spoilers: A proposal, an ultimatum and an epic return in Home and Away

Spoilers: A proposal, an ultimatum and an epic return in Home and Away 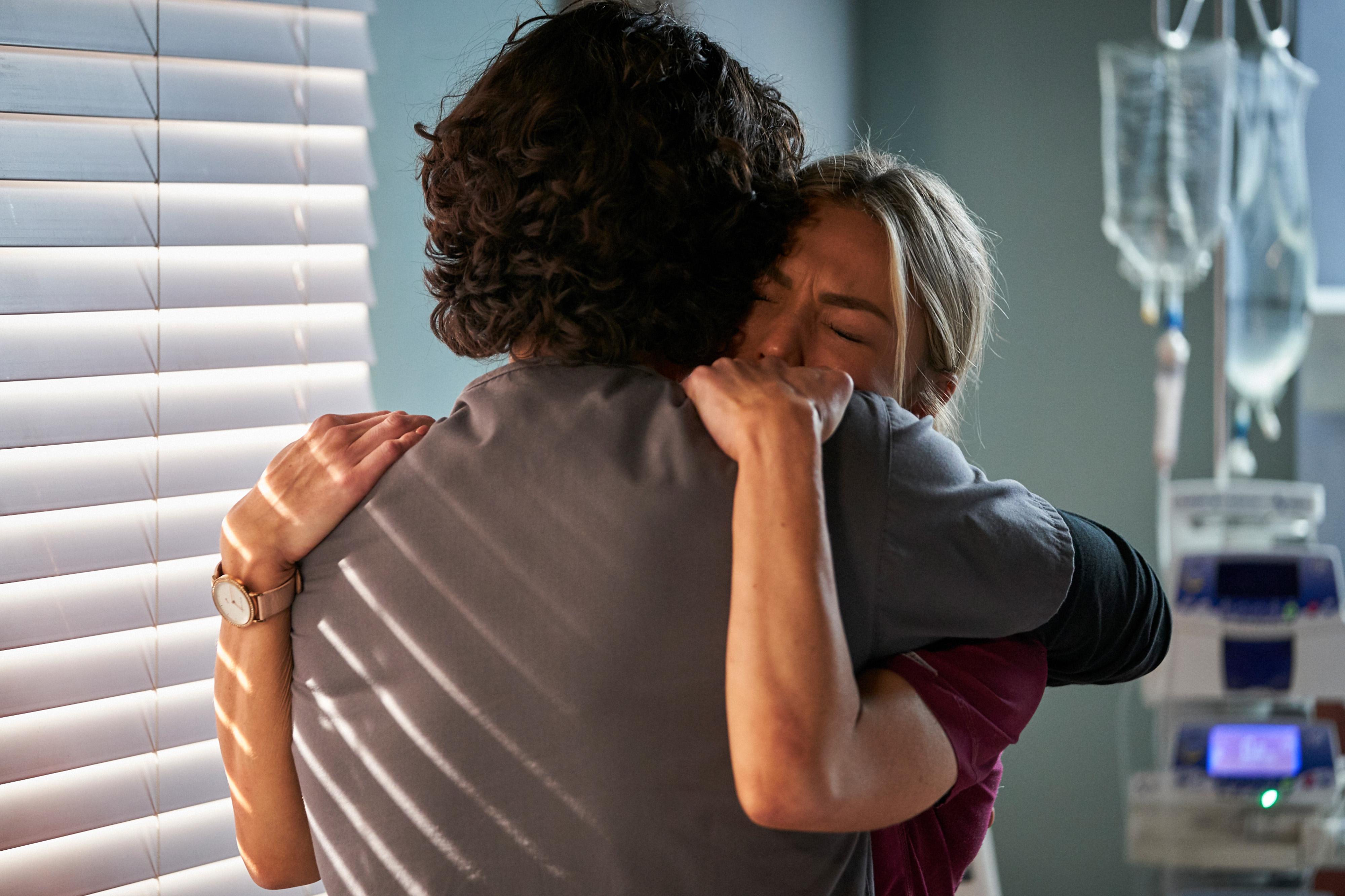 This week on Home and Away, we’ll be seeing faces both old and new. Those who remember Heath Braxton (Dan Ewing) will be treated to his return, alongside several River Boys who decide to teach the gang members intimidating Ari (Rob Kipa-Williams) and Tane (Ethan Browne) a lesson.

Elsewhere, John (Shane Withington) may have given up on finding online love – but it’s about to find him in real life. A stylish real estate agent called Susie (Bridie Carter) arrives in the Bay to help Christian (Ditch Davey) find a new home, and she’s enamoured by John in the process.

Over at the hospital, Jasmine (Sam Frost) is devastated to see Colby (Tim Franklin) rushed in. His life hangs in the balance after a brutal prison beating – will he survive? Plus, Alf (Ray Meagher) continues to be wary of Kieran (Rick Donald), and gives him a warning. But will the newcomer listen?

Here’s what’s coming up on Home and Away.

Colby’s life hangs in the balance

After a grim showdown in the prison, Colby is left bleeding on the floor. Lewis (Luke Arnold) does his best to resuscitate him, but he is rushed to hospital. In the back of the ambulance, he has a seizure, his condition rapidly deteriorating.

Jasmine is heartbroken to see her close friend rushed in, and goes to tell Dean and Bella when he’s taken for scans. But when she’s stopped by the corrections officers, she comes up with her own plan to get the pair in….

Although Kieran is doing his best to fit into life in the Bay, Alf isn’t convinced his past is completely behind him. Still certain that Martha’s (Belinda Giblin) son is capable of great damage, he butts heads with his wife over it. However, Martha stands by her son and tells Alf that if he can’t support him, they will both leave for Merimbula.

Backed into a corner, Alf approaches Kieran and makes it clear there’s no room for error. Kieran knows Martha is in control of his fate, but his smug attitude only makes Alf angrier. He tells Kieran that if he so much as lays a finger on his family, he’ll make sure it’s the last time…

Ari (Rob Kipa-Williams) and Tane (Ethan Browne) have been left with the realisation that they must commit an armed robbery over at Reefton Lakes, in order to comply with the intimidation tactics from Leon (Will McNeill) and Paul (Jack Finsterer). However, while they are talking strategy, Bella overhears them and goes straight to Mac with the grim news.

Although Mac (Emily Weir) tells Ari he’s risking his life, the pair have no choice – Leon and Paul have incriminating photos of them both as blackmail. To make matters worse, Dean tells the pair the location of their planned robbery is on River Boy turf – and they won’t take kindly to strangers rocking up…

Susie arrives in the Bay – and she wants John

A stylish new woman shows up in the Bay, and Marilyn (Emily Symons) is quick to compliment her. She moves up to Salt, where she sees John making a mess of his lunch. Finding the behaviour endearing, she hands him a napkin and walks away, leaving John to stare after her.

Later, Christian (Ditch Davey) invites Tori (Penny McNamee) to meet up with Suse – his real estate consultant who will be finding him his new home. The stylish woman shows up for the meeting, and when they’re done she crosses paths with John again. She asks him if he knows much about the local gym – because he looks like he works out…

As the night of the robbery approaches, Tane and Ari decide to call in Leon and Paul for a meeting. They tell them that the job is way too big to do between just the two of them – they need backup. In other words, if they don’t help them, they’re calling the job off.

The risky move pays off, as when the time comes Leon and Paul pull up alongside the Parata boys outside the target property. However, the mission fails miserably before it even starts, as none other than Heath Braxton shows up with his boys. The rival gang swiftly gets into a punch up with the four men, before loading them into a truck and driving them off to ‘teach them a lesson’…

Justin and Ziggy lock horns when he returns to work

It’s Justin’s (James Stewart) first day back at work, and although Leah (Ada Nicodemou) is worried, he reassures her that he knows what his limitations are. Also aware of the fact Justin can’t do too much, Ziggy (Sophie Dillman) shifts back into her usual pattern – picked up from running the place for a while – of delegating tasks.

However, Justin doesn’t take kindly to this approach, and reminds her he’s in charge. He begins issuing her menial tasks to do, and she is frustrated at being treated like a junior. Will the pair be able to overcome this rift?

Tane wants Ziggy – can she resist?

After a rough day at work, the last thing Ziggy wants to do is join her boss for celebratory drinks in Salt. She vents to Mac at the bar about how she understands why Justin is trying to get their working relationship back in order, but being treated like a junior is horrible.

While sitting at the bar, she runs into Tane, who makes it clear he wants to pursue something with her. Ziggy does her best to tell him all the reasons why they wouldn’t work together, but she’s left at a loss for words when he gives her a steamy kiss goodbye.

As Christian begins looking for a new home with the help of his real estate consultant, newcomer Susie, Marilyn and Leah begin wondering how long it’ll be before they’re living together. Justin is also on board with the couple – so much so that he idly suggests Christian moves into their house, much to Tori’s horror.

Later, Tori has some stern words with Justin and tells him to butt out of her relationship. After some awkwardness, she and Christian discuss their future, and Tori reveals she’s afraid that she will scare him away after he finds out about her neurotic behaviour. However, Christian says he couldn’t be more in love with her – so will she marry him?