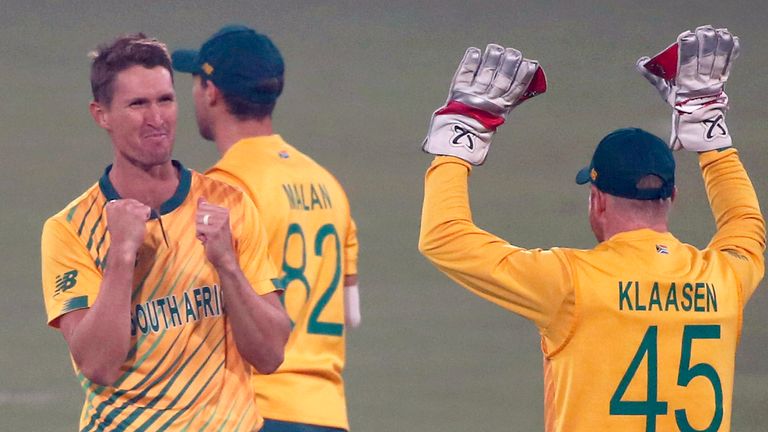 Dwaine Pretorius produced South Africa’s best-ever T20I figures as the tourists blew away Pakistan by six wickets in Lahore to draw level in their three-match series.

The 31-year-old all-rounder finished with 5-17 – bettering Ryan McLaren’s previous return of 5-19 – to set up his side’s resounding victory with 22 balls to spare.

Mohammad Rizwan, who had led the way with a century in the series opener, top-scored again for Pakistan with 51 off 41 balls as they posted 144-7 after being put in to bat.

But the Proteas chased that down without too much difficulty as Reeza Hendricks and Pite van Biljon put on 77 from 53 deliveries to set up the series decider on Sunday, live on Sky Sports Cricket. 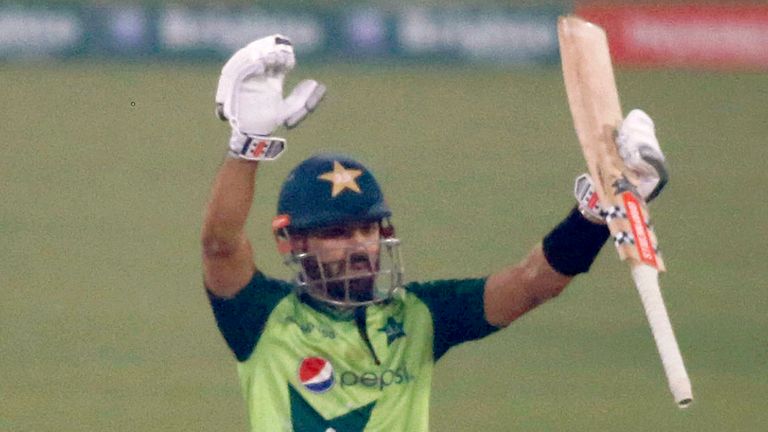 Pretorius struck with only the second ball of his spell, drawing Babar Azam half-forward and winning the lbw decision – although the Pakistan skipper used up a review challenging it.

The home side struggled to build momentum, slipping to 48-3 as left-armer Tabraiz Shamsi applied the brakes with a tidy display of 1-16 before Rizwan and Iftikhar Ahmed built a steady partnership of 45.

However, Pretorius broke that stand by having Iftikhar (20 from 21) caught in the deep and Rizwan, who had just brought up his half-century, also perished to a skier in his next over.

Pretorius completed his five-for by taking the scalps of Khushdil Shah (15) and Mohammad Nawaz (0) – the latter to an unplayable yorker – in the space of three deliveries.

However, some late hitting by Faheem Ashraf, who smashed an unbeaten 30 from only 12 balls, at least gave Pakistan something to defend as they climbed above 140.

Shaheen Afridi (2-18) raised the home side’s spirits even further with two early wickets in South Africa’s run chase – the first of them an inswinger that castled Janneman Malan (4).

Jon-Jon Smuts (7) was next to depart, caught at mid-off during a wicket maiden by Shaheen that left the Proteas wobbling at 21-2.

But Hendricks and Van Biljon rebuilt the innings, with the latter handed a reprieve on 24 when he was bamboozled by Usman Qadir’s googly and saw the bails taken off – only to be called back when the spinner was no-balled.

Usman eventually disposed of Hendricks (42 from 30), who miscued him to mid-on, while Van Biljon (42 from 32) fell in the following over, caught and bowled off a leading edge to Mohammad Nawaz (1-27).

Any South African nerves, though, were quickly dispelled by David Miller, who hammered a brisk unbeaten 25 from 19 deliveries as he and Heinrich Klaassen (17no from nine) saw their side home.