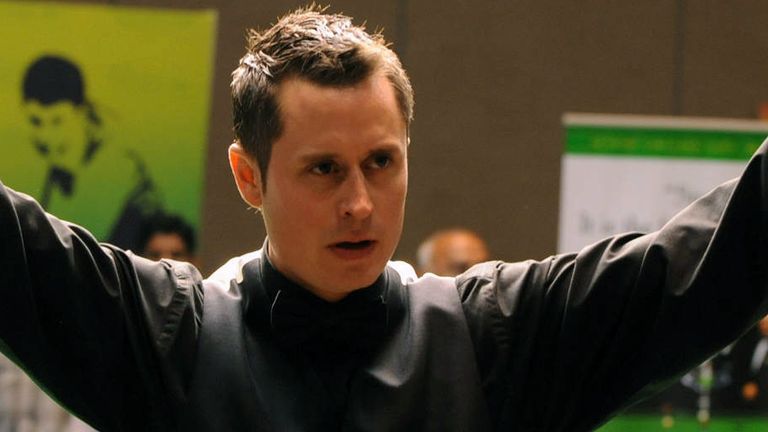 Sport’s sweeping statements of solidarity with the Black Lives Matter movement reached the unlikely environs of a largely deserted Marshall Arena in Milton Keynes on Wednesday.

Burden took a knee prior to the start of his Championship League match against Ryan Day, emulating the protests which have spread since the death of George Floyd in Minnesota.

Burden, a former Arsenal apprentice who is also a coach at Southern League Hendon, said he made the gesture to emphasise the importance of all those with a platform taking the opportunity to speak out.

The 43-year-old said: “It was very important. I stand behind the fight against racism. It’s a disgraceful thing, the well-documented death of George Floyd in America.

“It was my platform to say how I felt about things. We are united together. There is no place for racism in society. That was my platform. I wanted to make my feelings known today.”

Related posts:
Detective says 'significant development' in hunt for Madeleine McCann
Dollywood set for June reopening with coronavirus measures
Popular News
John Legend made a pregnancy-safe ham sandwich for Chrissy Teigen’s hospital stay by microwaving the deli meat
28/09/2020
Man Utd wonderkid Ramon Calliste, called ‘the next Giggs’, now owns luxury watch business and makes £5m a year – The Sun
26/03/2020
Megan Thee Stallion Addresses Criticism Over Twerking: ‘I Love to Shake My A**’
26/03/2020
Police guard shops to stop coronavirus panic-buyers and enforce social distancing – The Sun
26/03/2020
Coronavirus: Good Morning Britain’s Dr Hilary reveals ‘game-changing’ self-testing kit
26/03/2020
Recent Posts
This website uses cookies to improve your user experience and to provide you with advertisements that are relevant to your interests. By continuing to browse the site you are agreeing to our use of cookies.Ok