The magic number! Pregnant Jade Roper and Tanner Tolbert may be all set with their future family of five.

“We have a name we are both super attached to (for no specific reason) that we love for a girl!” the “Mommies Tell All” podcast cohost wrote during a Monday, September 7, Instagram Q&A session. “We are saving it for if some crazy reason we end up having four kids. (Although I’m pretty sure Tanner is going to get the snip-snip).” 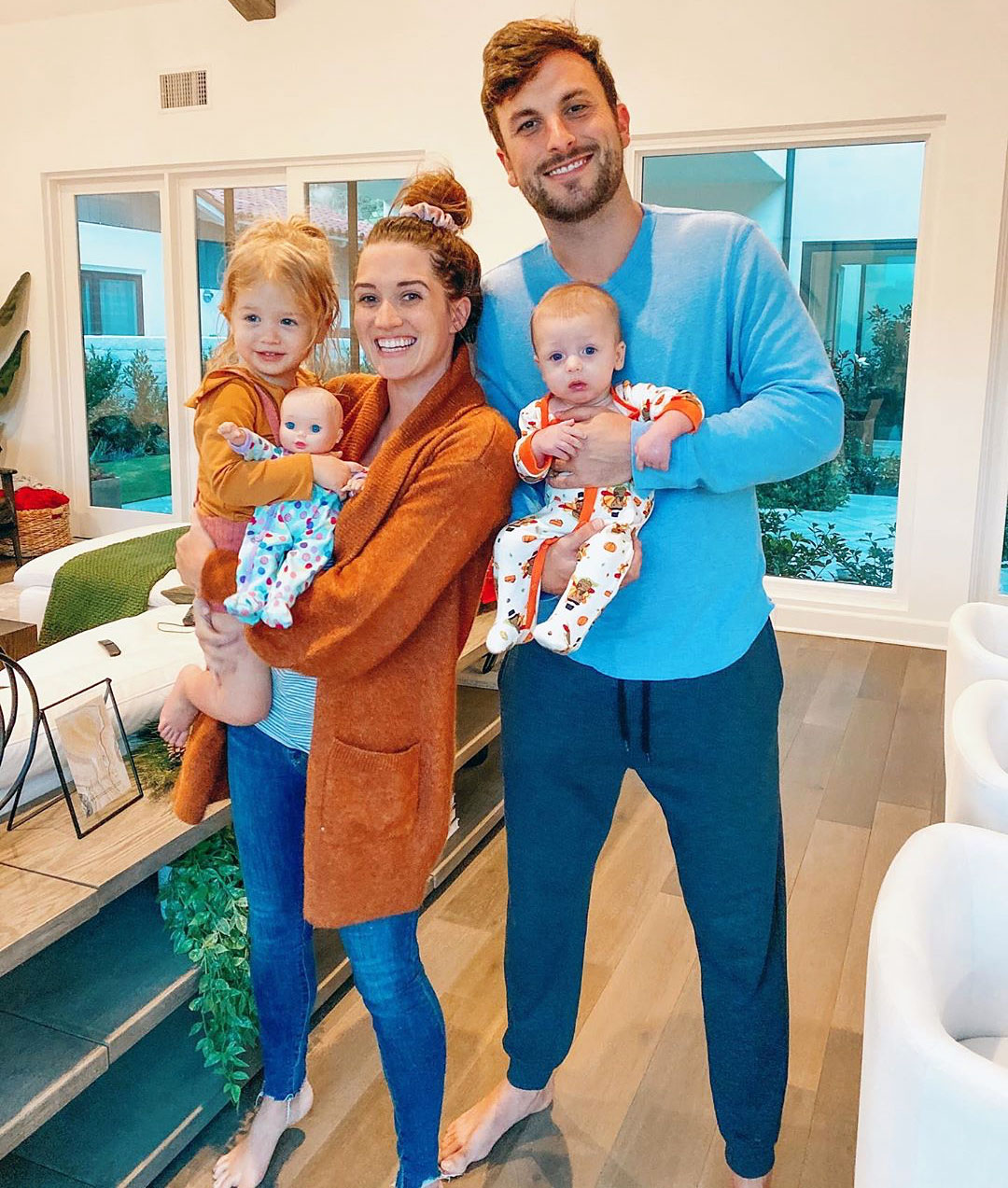 The Colorado native announced in May that she and the Bachelorette alum are expecting their third child after welcoming Emerson, 3, and Brooks, 13 months, in August 2017 and July 2019, respectively.

“HERE WE GROW AGAIN,” the Bachelor alum wrote via Instagram at the time. “We are beyond happy to love another baby, to give Emmy and Brooks another sibling and to have our children be so close!”

Later that same week, Tolbert said Roper’s pregnancy was a “surprise,” explaining, “This one was not planned. Very much an accident.”

While the Missouri native was previously “content” with two kids, he added on his Instagram Story at the time: “But now this happens, so we’re gonna have three. I’m like, ‘What’s the difference between three and four?’”

Just ahead of their pregnancy announcement, Tolbert exclusively told Us Weekly that he was “on the fence” about expanding their family. “I think Jade definitely wants one [more],” he told Us in May. “More and more as time goes on, I think I’m joining her side for like, ‘OK, a third would be kind of cool to have.” 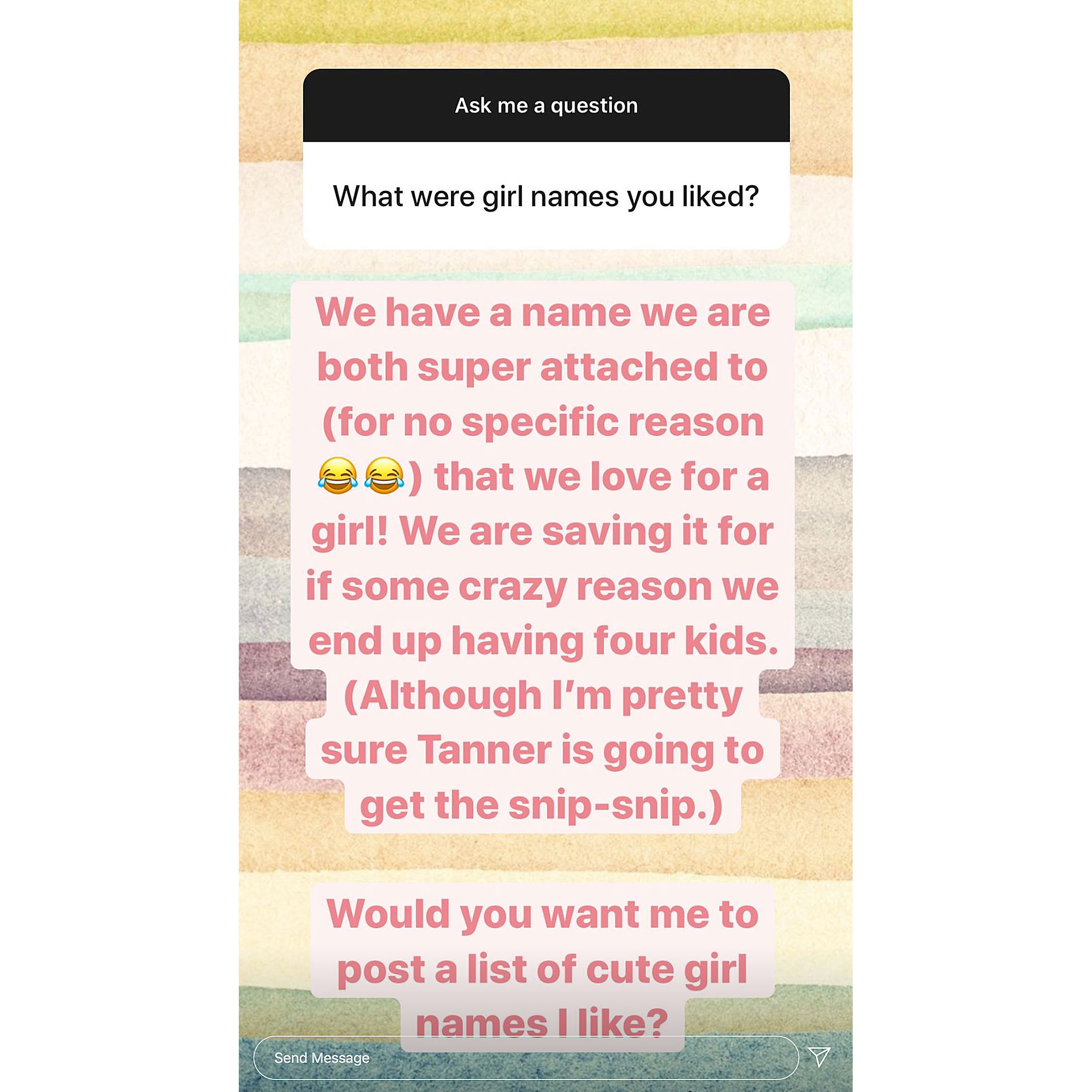 Now that the former reality stars have baby No. 3 on the way, the pair are polling their Instagram followers for help choosing a name.

Roper showed her fans 16 options earlier this month, explaining that the bracket would “narrow down” the monikers until only one was left. She and Tolbert have Reed, Cohen, Westley/West, James, Dean, Roper, Callum, Rivers, Jack, Atticus, Forrest, Porter, Landry, Baker, Connor and Thatcher on their list.

Related posts:
Loose Women’s Saira Khan, 50, strips to lace lingerie for inspirational post
Crown Princess Victoria shares a loved up photo with her husband
Popular News
Family Fortunes fans gobsmacked over Gino D’Acampo’s hilarious TV doctor blunder
26/09/2020
Man Utd wonderkid Ramon Calliste, called ‘the next Giggs’, now owns luxury watch business and makes £5m a year – The Sun
26/03/2020
Megan Thee Stallion Addresses Criticism Over Twerking: ‘I Love to Shake My A**’
26/03/2020
Police guard shops to stop coronavirus panic-buyers and enforce social distancing – The Sun
26/03/2020
Coronavirus: Good Morning Britain’s Dr Hilary reveals ‘game-changing’ self-testing kit
26/03/2020
Recent Posts
This website uses cookies to improve your user experience and to provide you with advertisements that are relevant to your interests. By continuing to browse the site you are agreeing to our use of cookies.Ok