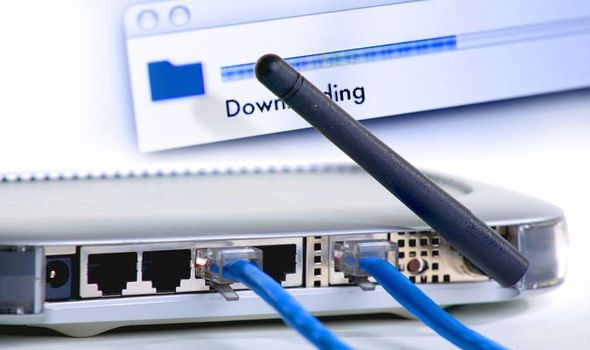 Trooli is one of a number of new broadband suppliers that have emerged to upgrade connections across the UK as part of the Government’s pledge to kit-out 85 percent of homes with gigabit-capable fibre broadband by 2025. The broadband firm, which aims to connect homes to speedy fibre internet before more established brands like BT and Sky, has announced that things are going so well – it will be in more homes faster than planned.

Revising its plans, Trooli has accelerated a number of its short-term coverage goals. For now, the company is focused on bringing gigabit-capable broadband to rural areas in Kent, Hampshire, Berkshire, Wiltshire and East Sussex. While the original goal was to connect 150,000 homes before the end of this year, Trooli has added another extra 20,000 homes and business to that target. And while it had previously announced plans to reach 500,000 homes by late 2023, Trooli now aims to reach 400,000 alone by December 2022.

For those in rural areas with sluggish broadband connections trying to work from home, study remotely, or stream movies and boxsets in HD or 4K quality… this upgraded timescale is phenomenal news. Last year, the average home broadband speed across the UK was some 65Mbps. The gigabit-capable full-fibre connections being installed by Trooli and a number of other new broadband suppliers can top-out at speeds over 1,000Mbps. That’s over 15 times faster.

With multiple people working from home, answering video calls, streaming presentations, collaborating on projects… as well as all the usual phone back-ups, downloading apps, streaming video, and installing updates to games and consoles.

The demands on home internet connections are higher than ever before.

With plans to connect more than one million homes by 2024, Trooli is one of a number of newer firms trying to beat rivals like BT, EE, Sky and Virgin Media to install future-proofed 1Gbps broadband cables to homes nationwide. As part of its push, Trooli recently hired James Parker, who worked as the Customer Success Principal at BT.

Parker will work as Regional Build Director for Trooli’s new network in Hampshire, Berkshire and Wiltshire, where he hopes to have full-fibre internet available to 30,000 properties in those three areas alone by the end of 2021. Speaking to internet-obsessed blog ISPreview about his new appointment, Parker said: “After 32 years at BT, I am delighted to be taking on a fresh new challenge and to be helping Trooli achieve its ambitions in southern and central England. The network is up and running in Berkshire and we will be connecting our first customers in the next few weeks.”

For those fortunate to find a new Trooli cable installed at the end of their driveway soon, broadband bundles start around £50 a month. For that, you’ll enjoy speeds of 300Mbps and unlimited downloads. This monthly cost rises to £80 to unlock 900Mbps downloads. New customers are being offered a free month of internet when they sign-up.

While the costs might be a little higher than some of Trooli’s closest rivals, the company claims this is due to the significantly higher costs of installing next-generation broadband in rural areas.