With all recent sporting events cancelled due to the current health crisis, Sky made the popular decision to allow customers to pause their subscriptions. However, it now seems that time is up on this offer with payments looking set to return to normal next month.

Many Sky customers have begun receiving notifications that they will begin paying again from June and the news has not gone down well.

Sky’s forum pages are full Sports subscribers complaining about the change with many baffled by why they will be paying when most sport is still not available.

Venting their anger, one subscriber said: “My new sky bill has had the sky sports packages added back on to them and we still do not have any sports back on the TV. There is a note saying money will not be taken on future bills however this is currently happening and money is being taken. How is this going to be resolved? It shows that the sports package is paused.’

Whilst another added: “On my account it says my Sky Sports is still paused but on my latest bill I am being charged again from 19th June.” 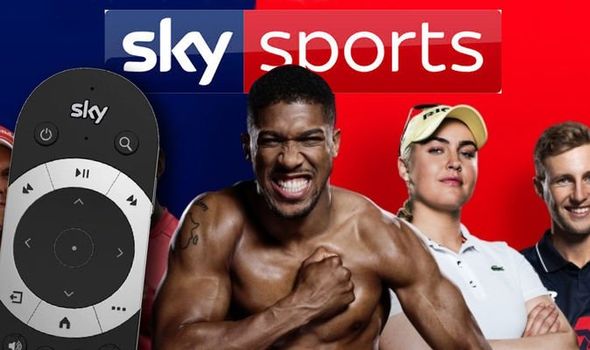 According to MoneySavingExpert, a Sky Sports spokesperson has confirmed that customers who have paused their subscriptions are set to start paying again on Friday 19 June, but stressed this would only happen if live sport has resumed by then.

It’s unclear what sports will be live by June but we do now know that Premier League football will get underway from June 17.

However, other than top-flight football there’s no word on F1, cricket or major golf tournaments so it’s understandable why some Sky customers may feel a little frustrated by the decision.

To help soften the blow, Sky has confirmed that it will be showing some matches for free on its platform with a total of 25 matches ‘free to air’ for the first time in the history of Sky Sports.

Speaking about the latest Sky Sports news Nick Baker, TV expert at Uswitch.com, said: “Many Sky Sports customers who paused their subscription when live action stopped in March may have been surprised to see payments reappear on their June TV bill.

“Sky says that customers won’t be charged anything before mid-June, but it’s naturally disappointing that some consumers have had to find out this way.

“What this does mean, and the good news for many sports fans, is that the Premier League is due to restart on June 19, although this is still subject to change. However, Sky Sports won’t be able to offer the depth and breadth of football, golf, cricket, F1 and other sports that fans expect for some time.

“Many customers may feel hard done by if they have to pay full price for a service that isn’t what they signed up for. If you are not happy, raise your concerns with Sky in the first instance.”