If you use providers such as BT, Sky or TalkTalk then some very speedy broadband could be coming your way soon. Openreach, which supplies numerous firms with their internet connections, has just announced a major upgrade to its service in over 60 locations across the UK and it will mean a huge boost for consumers wanting to download files and stream movies in pin-sharp 4K.

The new Fibre-to-the-Premises (FTTP) broadband technology allows the web to be whizzed into homes without relying on older infrastructure – which can often slow things down to a snail’s pace.

In fact, fibre cables are fully capable of offering speeds at over 1Gbps which is around 16 times faster than the UK average.

Openreach says that this latest update means more than 560 towns, cities, boroughs, villages and hamlets have now been included in the company’s Fibre First programme – a massive £12 billion project to build ‘Full Fibre’ technology to 20 million premises throughout the UK by the mid-to-late 2020s

Speaking about the upgrade, Clive Selley, CEO of Openreach, said: “Despite the challenges of the pandemic we’re continuing to make great strides towards our goal to build ultrafast, ultra-reliable broadband to 20 million homes and businesses. 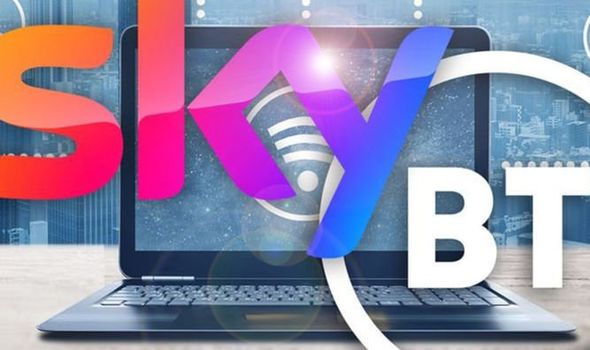 “This new digital platform can help the UK’s economy bounce back quicker from the Covid-19 crisis and, whilst a full recovery is likely to be measured in years rather than months, there’s strong evidence that Full Fibre broadband could help to turbo-charge that process.

“For homes, shops, GP surgeries and schools across the country it will mean fewer broadband faults, faster connections, and a consistent reliable network that will serve them for decades to come.”

Here’s where the latest technology has been installed.

The news of this update comes as many ISPs have begun testing faster downloads. BT already offers 1Gbps speeds and providers such as Sky, TalkTalk and Zen are beginning to offer much quicker downloads to a limited amount of customers.