Short King Spring is here! Men of a smaller stature trend on TikTok and Twitter as women go wild for Volodymyr Zelensky and Tom Holland

Tall, dark and handsome may be the classic description of the perfect man – but a new online trend is seeing women buck the trend in favour of shorter guys.

Social media users  on TikTok and Twitter have been using the hashtag #ShortKingSpring online to share their love of men measuring up to 5’8′ or less.

While the term ‘short king’ has been used online since 2018, it has grown increasingly popular on TikTok this year – with the hashtag #shortking reaching over 340m views on TikTok.

Many influencers have even been calling 2022, ‘the year of the short king’, while others have been celebrating a host of celebrity couples who embody the trend.

In recent weeks, stars like Tom Holland, who is 5ft8in, Joe Jonas, 5ft 7in, and Keith Urban, 5ft 8in, have all walked the red carpet alongside their significantly taller partners. 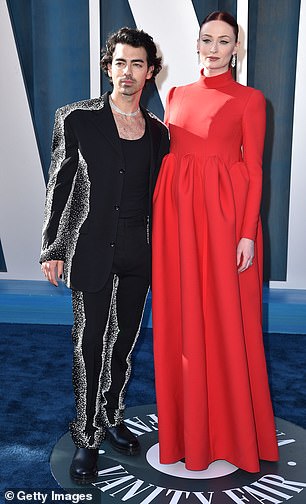 Tall, dark and handsome may be the classic description of the perfect man – but a new online trend is seeing women buck the trend in favour of shorter guys (pictured, Tom Holland, who is 5ft8in with his girlfriend Zendaya, who is 5ft 10in, and Joe Jonas, who is 5ft 8in, with his wife Sophie Turner also 5ft 8in) 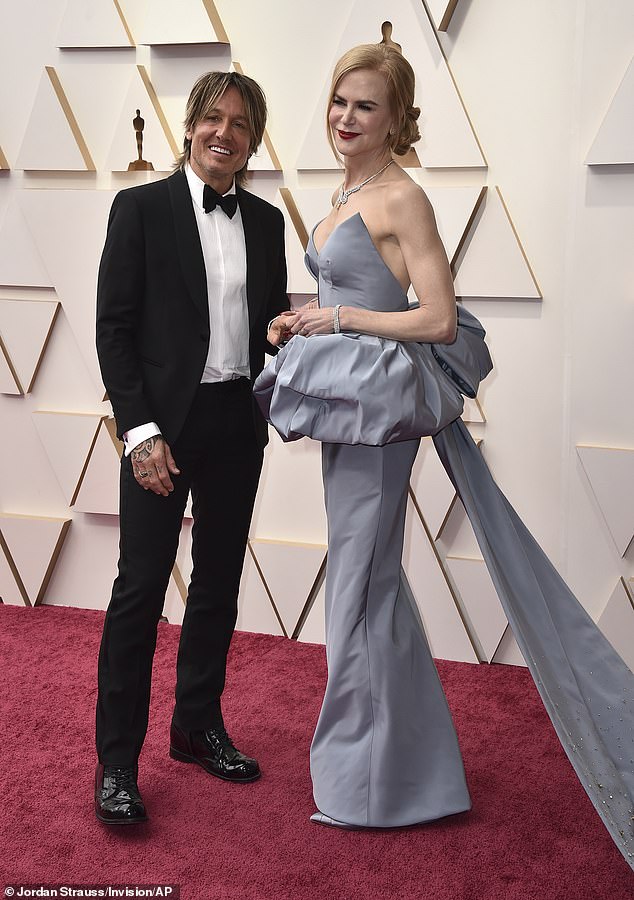 Another A-lister couple who recently showed off their height difference while walking the red carpet was Nicole Kidman, who is 5ft 10in, and Keith Urban, who is 5ft 8in

‘Short kings are the enemy of body negativity, and I’ll be forever proud to defend them.’ 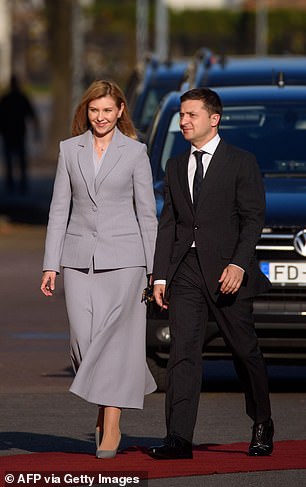 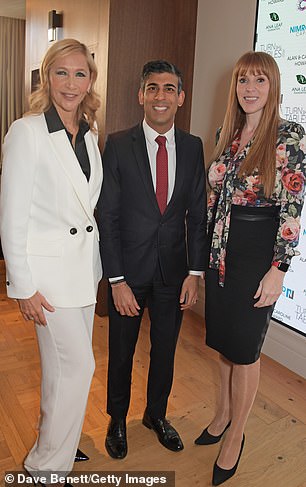 And it’s not just Hollywood A-listers who have attracted attention this Short King spring! Ukrainian president  Volodymyr Zelensky, who is 5ft 7in, (left) and Rishi Sunak, who is 5ft 6in, (right) have also won praise

Women regard taller men as excellent for a fling but see short men as better companions to settle down with.

‘Taller men have higher social status, earn more and are at lower risk from illness,’ said anthropologist Dr Boguslaw Pawlowski from the University of Wroclaw in south-west Poland. ‘They also have better reproductive success.’

However, the benefits quickly wear off, along with the initial attraction. Evolutionary psychologist Dr Nick Neave said: ‘You don’t want to be surrounded by these guys all the time.

‘The guys who are real leaders of the pack tend to not be very nice people. You don’t want them around kids, they can be violent and leave you for someone else.

‘If they are very handsome and very desirable there will be lots of other women competing for their attention. For a short-term relationship, you want somebody you are sexually attracted to, they don’t have to be the best to get on with.

‘But for a long-term relationship, yes, you are having kids together, but you are also raising them and educating them. For that you want someone much more amenable, who has resources and who is kind and caring.’

Dr Neave, of Northumbria University, said men should not be too quick to blame their height for any lack of success with women. Life is much more complex than the findings suggest, he said.

‘Women look at the whole picture – how tall a guy is, how he dresses, how he speaks, how educated he is and what he does for a living,’ he said. ‘Life is not as simple as this experiment.’

The researchers gave 110 women sets of drawings showing six couples of different heights. The men ranged from being 19 per cent taller than the woman they were pictured with to 4 per cent shorter. The volunteers were asked to pick their ideal height difference for both short-term and long-term relationships.

Tall men were twice as popular for flings than for long-term relationships, according to the findings published in the journal Biological Psychology.

The scientists also looked at how women’s fertility affected their choice of mate. They found that at the time of the month when women are most fertile, they were more attracted to taller men.

Other research has shown women are turned off by show-offs. They are much more likely to be bowled over by men who avoid taking unnecessary risks than those who try to impress with reckless behaviour, such as driving too fast.

However it is only in recent weeks that the term has picked up traction on social media, with term term ‘Short Kings’ quickly going viral on TikTok and Twitter.

Among those who are pioneering the movement are Abbie Herbert on TikTok, and her smaller musician husband, Josh.

She often shares videos about the pair’s height difference, including ‘how to pose with a short king’, and ‘why height doesn’t matter’.

Speaking in a clip, she said: ‘Tall queens and short kings, it’s all about the illusions and the angles.’ 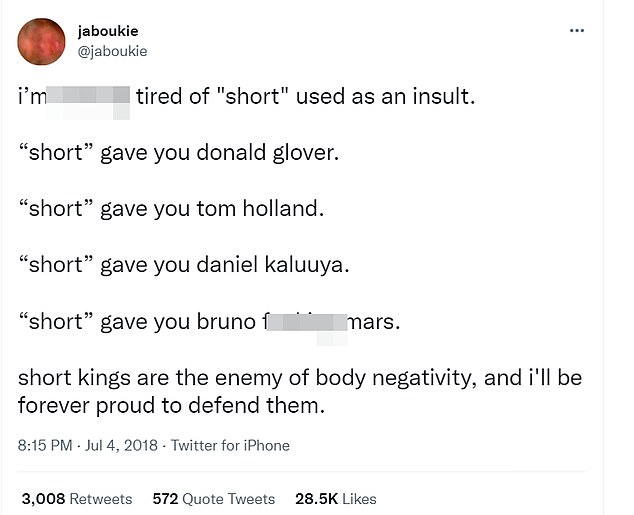 It is believed the trend began in 2018, when comedian Jaboukie Young-White tweeted she was ‘f******* tired of ‘short’ used as an insult’ 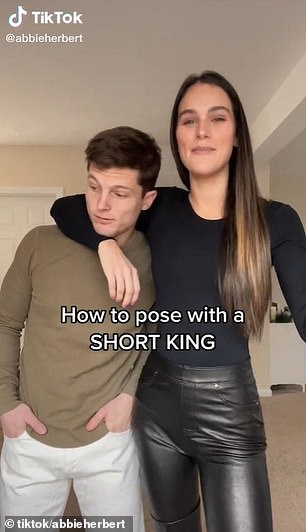 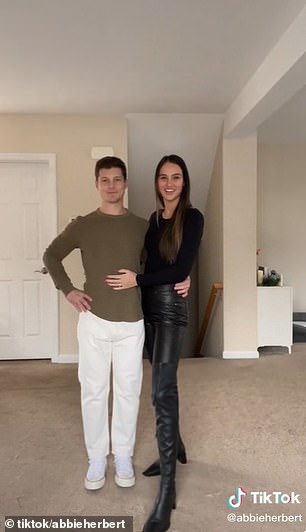 Meanwhile on Twitter, users have taken to sharing their all time favourite ‘short kings’, including Daniel Radcliffe, 5ft 5in, and Bruno Mars, 5ft 5in.

Other smaller A-listers who have sent hearts afluttering online include Daniel Kaluuya, who is 5ft 6in.

Holland has addressed his height difference with his girlfriend Zendaya on a number of occasions. 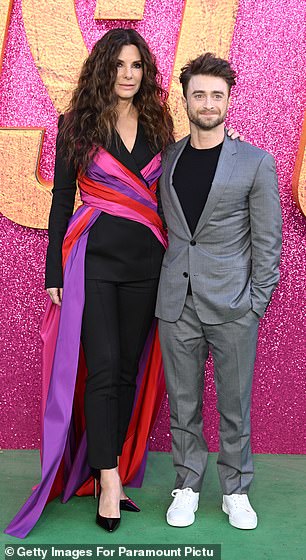 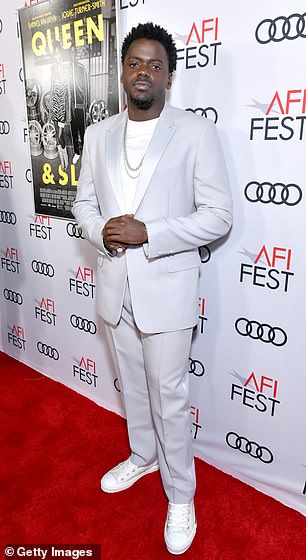 Meanwhile on Twitter, users have taken to sharing their all time favourite ‘short kings’, including Daniel Radcliffe, 5ft 5in, (left) and Daniel Kaluuya, who is 5ft 6in (right)

Last December, he liked an Instagram post shared by meme account LadBible, which was captioned: ‘Shorter men are more sexually active than taller men – who would have thought ay.’

And the trend is not just limited to Hollywood actors, with unlikely shorter pin-ups attracting attention online including Ukrainian President Volodymyr Zelensky, who measures up to just 5’7.

Meanwhile Chancellor Rishi Sunak, 5ft 6in, has also attracted attention amid the trend.

One social media user excited about the trend commented: ‘I know nothing about his politics, but he’s very handsome, so shout out to short king Rishi Sunak.’

Another wrote: ‘Changing my hinge to hunder 6 foot #ShortKingSpring.’

A third commented: ‘We all need to stop collectively perpetrating the lie that tall men are hotter.’ 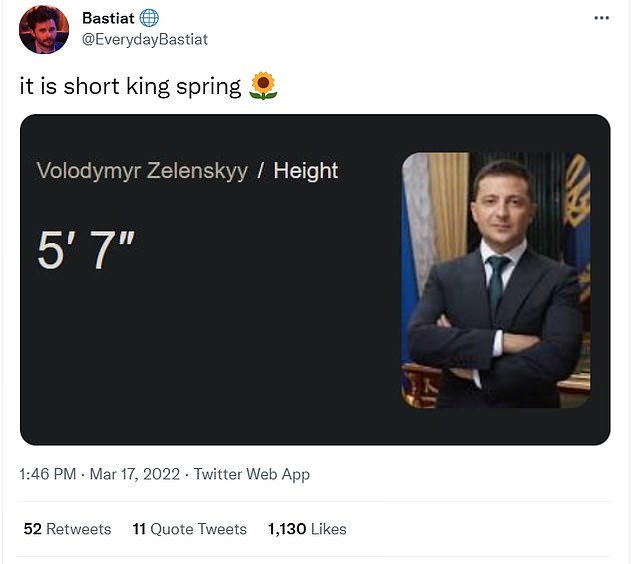 Social media users have been going wild for the trend, with some saying they will be looking for shorter men this season