Shoppers warned about garden furniture and toy shortages over summer

BRITS have been warned there could be a shortage essentials like garden furniture and outdoor toys this summer.

Experts say import delays are to blame, such as the six-day long Suez Canal crisis in March, which blocked 400 boats from shipping goods. 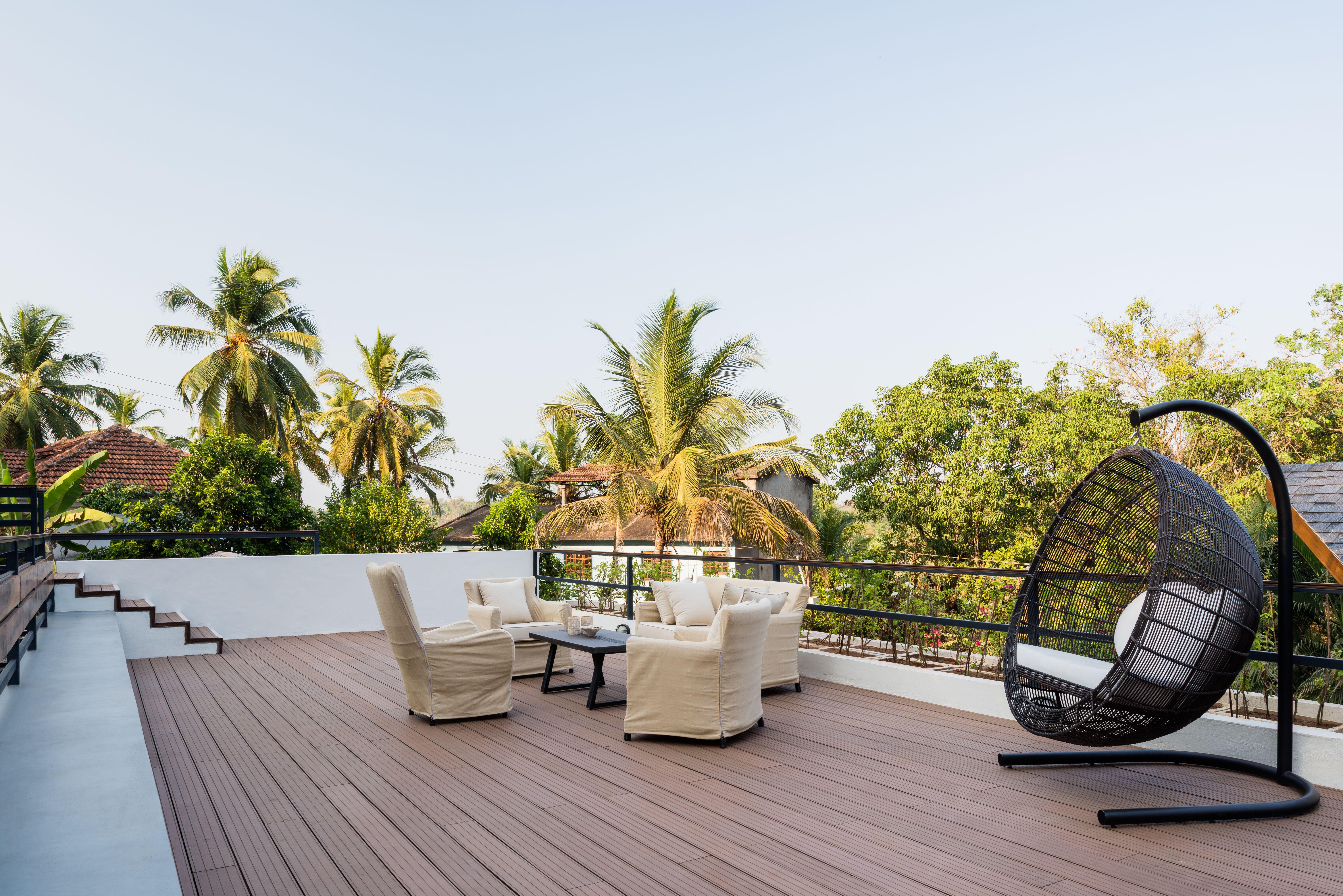 According to the BBC, customs clearance platform KlearNow said Covid restrictions were also to blame.

The emergence of the Indian variant has placed the final stage of the PM's roadmap out of lockdown under question, putting summer holiday plans on hold for many Brits.

Companies like TUI and Jet2 have cancelled holidays and flights.

Last week's balmy weekend also saw the nation soak up the heat in their gardens, fuelling the need for outdoor essentials further.

While retail expert Kate Hardcastle said demand for outdoor equipment has been boosted by restaurants and hotels looking to buy in bulk following lockdown restrictions easing.

She said: “Campers and caravaners have got competition from restaurants and hotels for outdoor equipment.

"The demand is so high, not just because of a shortage in supply, but also because things are being repurposed in very different ways.”

Online retail trade body IMRG told The Sun that the surge in demand started in spring – despite May being the wettest on record.

Its strategy and insight director Andy Mulcahy said: "Even the harsh spring of 2021 didn’t dent demand – for two weeks in February, growth reached 800%."

We checked a number of retailers to check stock and noticed a number of garden furniture items at Argos and Ikea were unavailable – including outdoor sofa and dining sets.

Ikea's £85 KUGGÖ parasol, was out of stock across a number of stores across the UK, as well as its £180 KLÖVEN outdoor table. 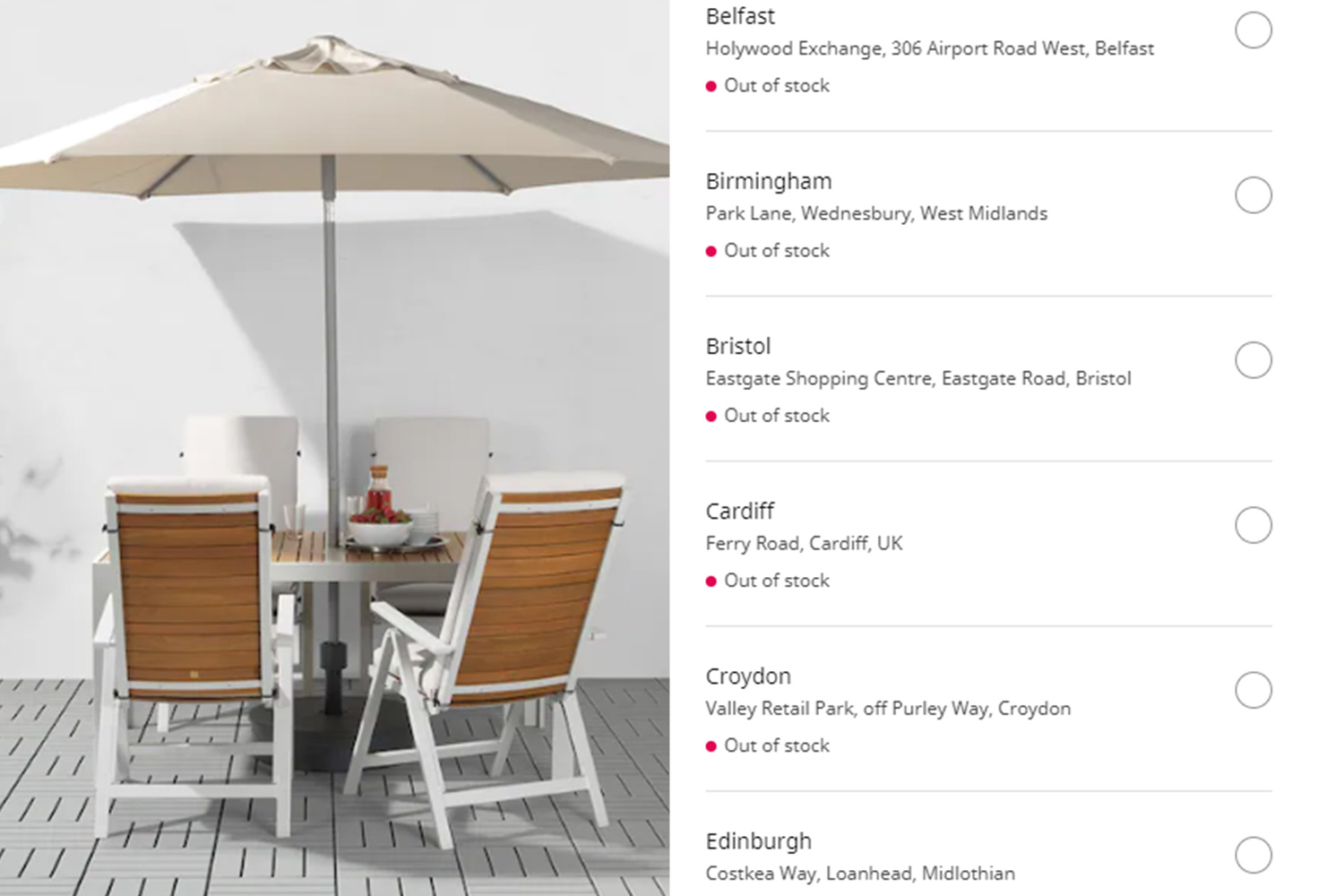 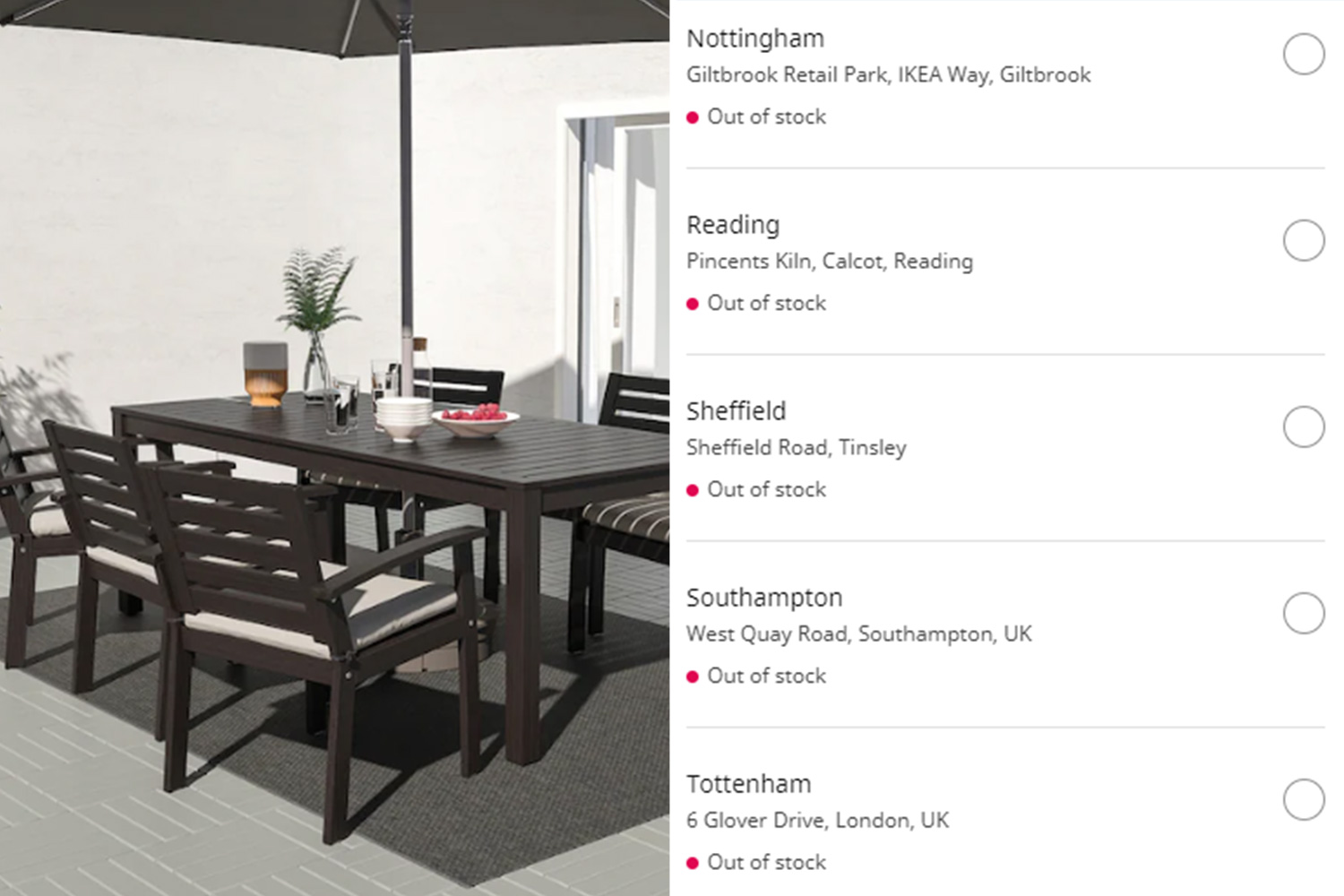 We also spotted that Argos' six-seat corner sofa set was out of stock, as well as it's four-seater bamboo sofa set.

Argos hasn't confirmed whether this was due to the reported import delays, but we will update you as soon as we know more.

It’s not the first time there’s been a summer supplies shortage.

Last year saw a record-breaking demand for inflatable pools, deck chairs and parasols as Brits looked to cool off over lockdown.

But retailers like Argos and John Lewis reported they had almost no stock left last August, with Tesco claiming demand for certain goods had soared by 450% compared to 2019.

Another summer staple – Cadbury’s 99p chocolate flakes – could also be missing from Mr Whippy’s up and down the country this summer.

Cadbury confirmed to The Sun last month that supply of the crumbly treat has failed to keep up with a boom in demand across the nation and Ireland too.

While Brits fancying a fizzle tipple might be left disappointed, as winemakers have warned of a shortage of pink prosecco.

The Sun revealed last month a nationwide shortage of baby milk caused panic among parents as shops including Tesco and Boots ran out.

A cyberattack on the world's largest meat producer has sparked fears that there could be a worldwide shortage on meat that could last for weeks.

Supermarkets could battle against a fruit and veg shortage this summer after ministers dragged their feet over letting pickers come to the UK.