Almost 3 million homes and businesses still had no power in Texas Wednesday morning after this week’s major winter storm even as a second one was threatening a wide swath of the U.S. And after some of the coldest temperatures in decades hit the Lone Star State, a new problem was emerging: water restrictions because of pipe bursts and a lack of electricity at treatment plants.

Galveston, Texas was under Stage 5 water restrictions early Wednesday after major water line breaks from the lack of power, KPRC-TV reported. Residents in Fort Worth were forced to boil their own water after a water treatment plant shut down. Abilene had water issues as well.

As of 2:00 AM the freezing rain and sleet event overnight is shaping up to be the worst of all the winter events over the past week. Expect ice accumulations of 1/4 to 3/4 inch along/North of I-10, likely causing major power outages and tree damage. #txwx pic.twitter.com/6WpY3Cbu5J

These graphics depict the next 3 day snowfall and ice accumulation potential. Several inches of snow has already fallen in the TX panhandle, and 1-2 inches more is possible. Swaths of a half inch of ice will be possible in the red areas from TX to MS & the Mid-Atl. pic.twitter.com/uvxvFI1yFR

The weather service forecast “another major winter storm for the South-Central Plains to the Mid-Atlantic through Friday,” with snowfall of 4 inches-plus from Oklahoma to the Mid-Atlantic and a potential 8 inches or more in Pennsylvania, not to mention “significant freezing rain” also likely from Texas to Tennessee and North Carolina to Virginia.

The first storm dumped snow and ice, knocking out power across dozens of states, and was blamed for at least 17 deaths, including a grandmother and three children who died in a house fire trying to keep warm in Sugar Land. 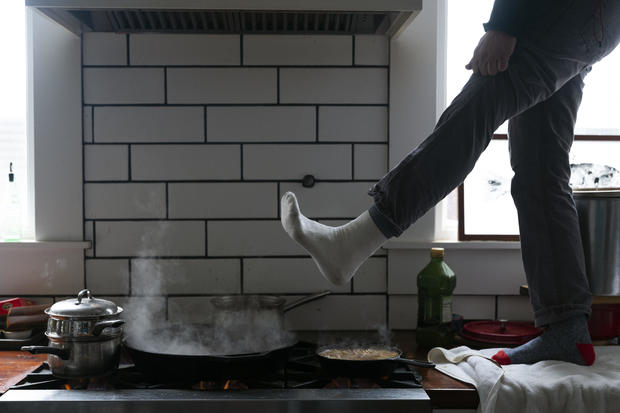 In Houston, two others died of carbon monoxide poisoning while trying to stay warm inside their car. There was outrage after some skyscrapers were still lit up, while downtown Dallas went dark Monday night.

Texas is the only state in the continental U.S. that has its own power grid. It isn’t regulated by the federal government and residents are angry that it’s failed.

“I understand that people are angry that this has happened. … Let us get the power back on,” said CEO Bill Magness of ERCOT, the power utility that supplies Texas.

National Guard troops and thousands of state troopers were checking in on families who are struggling to stay warm. In parts of Texas and Oklahoma, temperatures hadn’t been this low in 100 years — causing pipes to freeze and then explode.

The storm also forced COVID-19 vaccination sites to close and has caused delays in new doses from being shipped across the country. Texas Governor Greg Abbott called the storm “the winter version of Hurricane Harvey.” State officials asked people to conserve power —if they have it.

In Oklahoma City, the temperature dropped to minus 14 Tuesday morning — the coldest temperature there since 1899. And in Galveston, medical examiners requested a refrigerated truck after reports of several cold weather-related deaths.

The same storm created a powerful tornado in a coastal region of North Carolina that blew apart homes and killed three people and injured 10 others. North Carolina was one of 15 states battered by the same massive storm system. Tornadoes also hit Georgia and Florida.

— Brian Dakss and Jessi Mitchell contributed to this report.