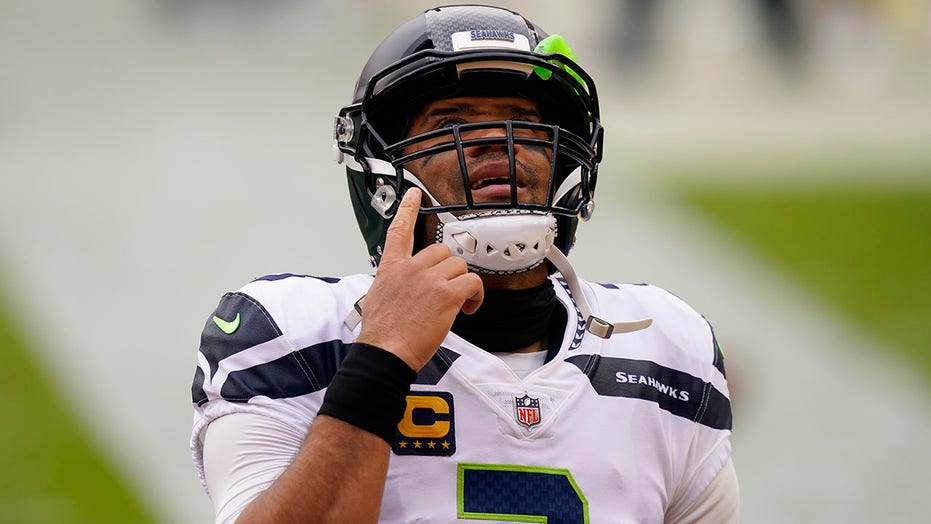 Will Cain tours Tampa ahead of Super Bowl

‘Fox and Friends Weekend’ co-host Will Cain talks with fans and business owners in Tampa, Florida.

Seattle Seahawks quarterback Russell Wilson knows who he’s chasing when it comes to being the greatest NFL player of all time.

Wilson admitted to People in an interview Friday that “of course” Tampa Bay Buccaneers quarterback Tom Brady is the GOAT.

“He’s won more championships than anybody else,” Wilson told the magazine. “I think that’s why you play this game — to win ’em — and he’s been able to do that over the years.”

He said that he thinks Super Bowl LV between the Buccaneers and the Kansas City Chiefs will be a good game but lamented not being able to fight for the Lombardi Trophy with his team.

The Seahawks won the NFC West for the fourth time since 2012 after finishing 12-4 and beating out the Los Angeles Rams and Arizona Cardinals for the honor.

Seattle didn’t go far in the playoffs, losing to the Rams in the wild card round, 30-20.

Wilson, in 2020, finished with one of the best statistical seasons of his career. He had 4,212 passing yards and 40 touchdown passes. He earned a fourth consecutive Pro Bowl selection and the seventh of his career.