A SAVVY shopper has bagged five boxes of Bold washing detergent pods for just 1p each at Morrisons.

Mum-of-two Natalie Matthews, 33, from Cambridgeshire, bought five boxes of Bold three in one laundry detergent pods for a total of just 5p from her local store in Cambourne. 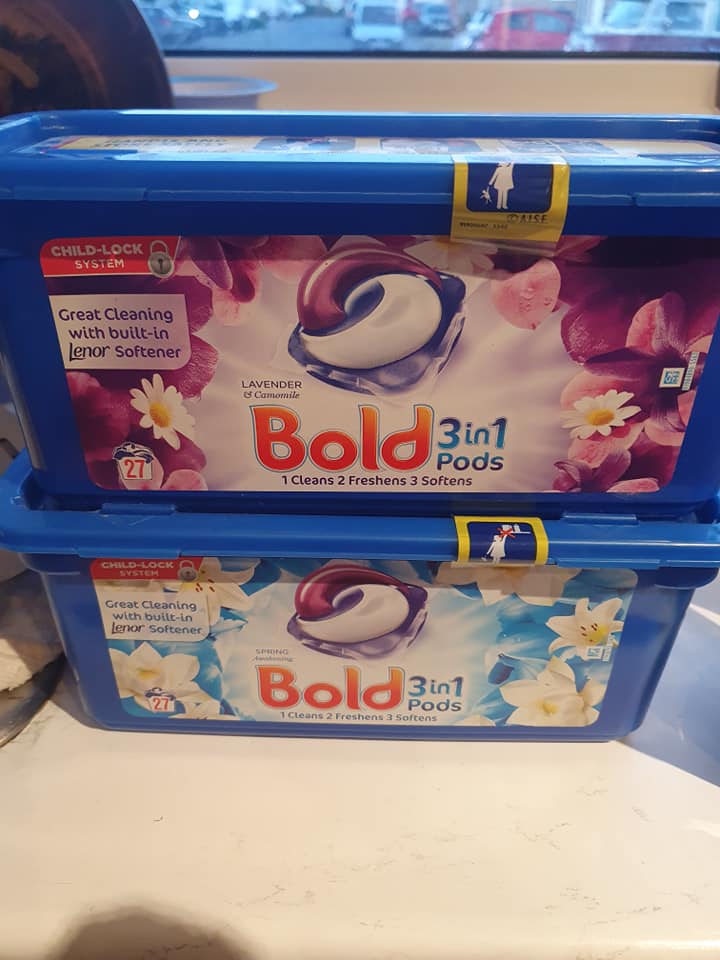 Each box has enough pods in them for 27 washes, and she got two scents – Lavender and Camomile and Spring Awakening.

Natalie said the boxes were originally £8.50 each, so five of them would have set her back £42.50 at this price tag.

Commenting on her massive haul, she told The Sun the cash she’s saved will go towards her upcoming wedding.

“It's a running joke with my friends that I always get the bargains, although they don't mind as I always share them out,” she said.

“We are saving for our wedding so everything helps!” 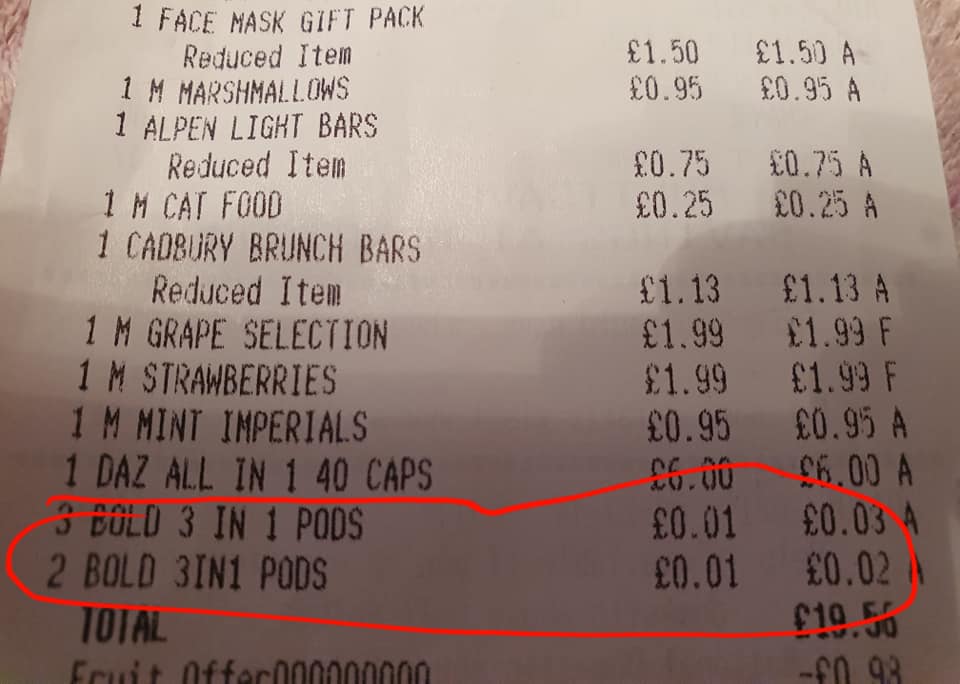 Morrisons told The Sun that the deal isn't nationwide.

The supermarket said the offer was an isolated incident and is investigating what has happened.

It didn’t confirm whether the rock bottom price for the detergent pods was the result of a glitch.

But it means that you probably won't be able to get the same deal in your local store.

Natalie posted about her haul to the Extreme Couponing and Bargains Facebook group, where hundreds of shoppers liked and commented on the bargain find.

How to find top bargain deals

FINDING deals and offers can be tricky if you don’t know where to look.

Here's a list of hacks you can use to become a bargain hunting pro and save on your shopping bill:

We couldn’t find the same sort of washing detergent pods going for cheaper than 1p, so it really is a good find.

While you might not be able to get exactly the same bargain as Natalie did, there are tricks to getting big discounts while shopping in Morrisons.

For example, when you’re next in store, look out for half price salad bar deals – you can stuff a large salad box full of cheese and only pay £1.87 for it.

If you’re on the hunt for other deals, it’s worth asking staff which aisles clearance items are located on if you can't spot any.

If there aren't any deals in store that day, staff may be able to give you the heads up on when the shop's next sale will be going ahead so you can add important dates to your diary.

It's also worth shopping either early in the morning or late at night for deals and discounts to get the best bits.

This is when staff are most likely to start shifting stock – especially if it's food.

Online shoppers should also sign up to retailers’ newsletters to get advance warning of any upcoming deals and sales.

Here's how to get a Big Mac and fries for less than half price EVERY time.

An Aldi shopper shares ‘genius’ trolley hack to speed up the checkout process.