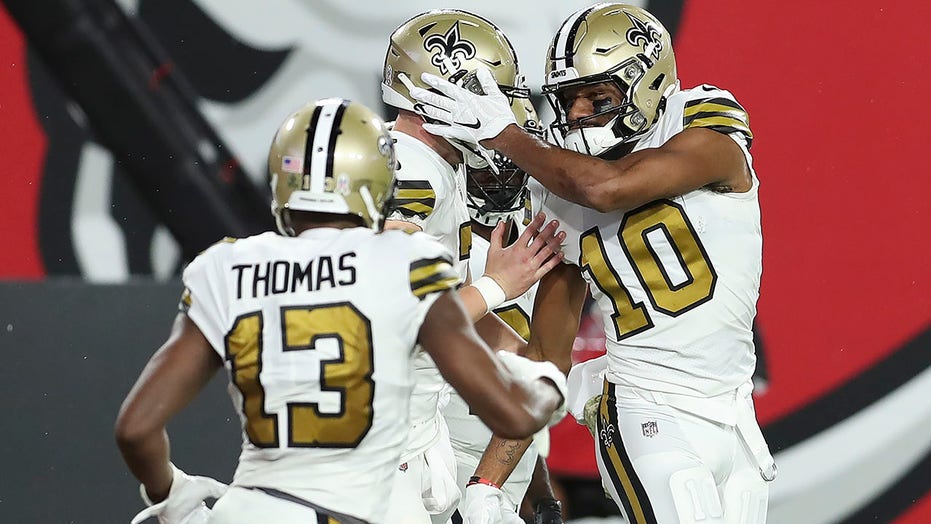 While Sean Payton and the New Orleans Saints were busy celebrating a blowout win over Tom Brady and the Tampa Bay Buccaneers last week, NFL officials were busy watching several players and their head coach violate the league's COVID-19 protocols inside the locker room.

Videos – including one posted by the team to their social media – showed Payton dancing in the locker room with the team. No one was wearing face masks, in violation of a league rule.

LIONS’ MATTHEW STAFFORD  ON BIGGEST STRUGGLES THIS SEASON: ‘UM, ALL OF IT’

Sources told ESPN Sunday that the league is considering a significant fine as the team is a repeat offender. Payton was previously fined $100,000 for failing to wear a mask on the sideline during Week 2. The Saints were also fined $250,000.

The Saints could face similar punishment to the Las Vegas Raiders, who were fined a total of  $500,000 and were stripped of a sixth-round draft pick.

Head coach Jon Gruden and the team were fined earlier in the season after he failed to wear his mask properly on the sideline. The team was then penalized for having an unauthorized employee in their locker room.

The final straw was when 10 players, including quarterback Derek Carr, attended a fundraiser and were spotted without their masks on while mingling with other participants who also weren’t wearing face coverings.

The decision on the Saints is expected to come out this week although both sides have been discussing the issue, ESPN reported.

Related posts:
90 Day Fiance: Ariela is at odds with Biniyam's sister, her parents express shock that she baptized baby Avi
Toto’s Steve Lukather, Joseph Williams To Simultaneously Release New Solo Albums
Popular News
Susanna Reid brands Piers Morgan a 'narcissist' after interviewing himself for award win
30/11/2020
Man Utd wonderkid Ramon Calliste, called ‘the next Giggs’, now owns luxury watch business and makes £5m a year – The Sun
26/03/2020
Megan Thee Stallion Addresses Criticism Over Twerking: ‘I Love to Shake My A**’
26/03/2020
Police guard shops to stop coronavirus panic-buyers and enforce social distancing – The Sun
26/03/2020
Coronavirus: Good Morning Britain’s Dr Hilary reveals ‘game-changing’ self-testing kit
26/03/2020
Recent Posts
This website uses cookies to improve your user experience and to provide you with advertisements that are relevant to your interests. By continuing to browse the site you are agreeing to our use of cookies.Ok