RUTH DAVIDSON and DOUGLAS ROSS: We want an optimistic Scotland

RUTH DAVIDSON and DOUGLAS ROSS: We both want our children to grow up in a Scotland that is optimistic, exciting and united

More than a decade ago the SNP came to power on a promise to revitalise a country grown tired of Labour rule. It won by offering a positive vision of change and leadership – in marked contrast to Labour’s dead grip.

Today, however, it is the SNP that is running out of steam. And once again, Scotland is in need of a fresh start.

We have come together – one of us a former leader, and one now preparing to lead – to offer Scotland that vision of positive change for the future. United in purpose, we want to take on the SNP and take Scotland forward.

Our vision is very clear. 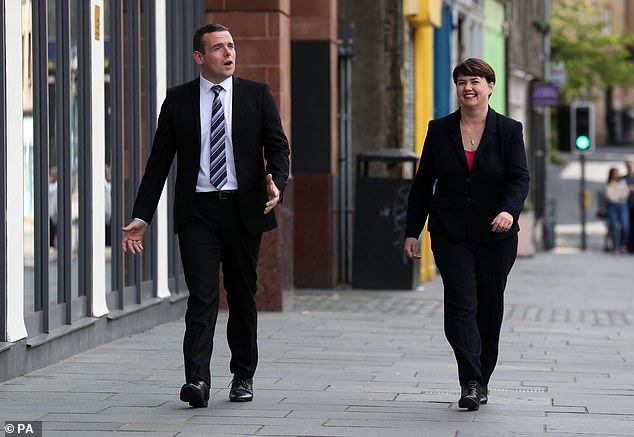 The coronavirus pandemic has shown we must leave the old divisions behind us. We cannot go back to the politics of nationalism – of us v them. We believe, therefore, what Scotland needs is a party with a patriotic vision that focuses less on opening up divisions than on opening up opportunities and life chances for our people.

That means ending the focus on the grievance culture that so dominates Scotland’s national life. Instead, it means putting all the energies, talents and powers of Scotland into where they should be: on restoring Scotland’s reputation for educational excellence, on creating the jobs that ensure our people dignity and opportunity, and on securing a health service with clean, safe hospitals.

In short, if you want Scotland to move forward from a decade of division and come back together, then both of us are going to be asking for your vote.

We believe we have a lot to offer. Between us, we represent much of Scotland – one of us living in the Highlands, from an agricultural background; one of us in the Central Belt with a career in media. We come from ordinary backgrounds, went to our local schools and supported our local communities. We are passionate about wanting to see our young children grow up in a country which is optimistic, exciting and united in nature. Nor, unlike most ‘joint tickets’, is there any rivalry between us: we know our roles as we think we can help each other.

And we share something else too: a genuine belief, borne of experience, that SNP rule isn’t as inevitable as some people feel, and that change at next year’s Holyrood election is eminently achievable. We abhor the sense of defeatism that has crept into some quarters and we want to show that the fight is there for the winning.

We’ve both been through elections in Scotland where we’ve been told our chances were dead. 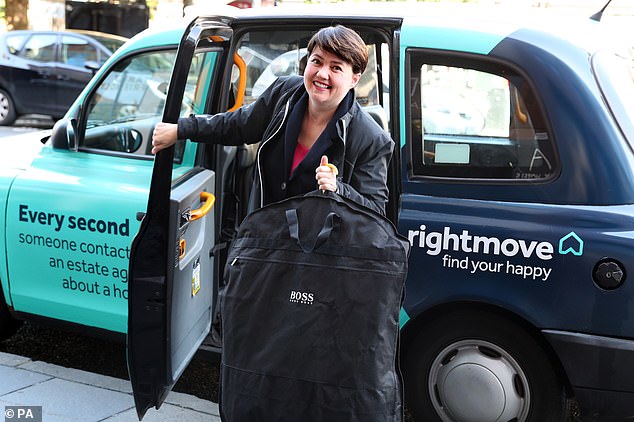 We’re used to being told by armchair experts that you can’t be a Tory and win in Scotland. Along with everyone else, we’ve lived through times recently of enormous unpredictability, where everyone got things wrong.

So while we respect the SNP as political opponents, and we are aware of their strengths, we do not fear taking them on. We know how to win. And we can make people a clear promise – we won’t be giving in.

Instead, we will set out a plan. Ahead of next year’s election, we will place all our focus and energy on the priorities of people in Scotland. We will work hard to reach out to people across Scotland who might never have voted Conservative before to show them that we can do a job for them.

Just as the SNP has broken through the ‘red wall’, our aim is to show that the SNP wall standing in the way of progress is built on sand, and is there for the taking.

There is an essential difference between us and the SNP. For the Nationalists, independence is the purpose of their politics – everything else must be subsumed within that one goal. For us, Unionism is not an end but a means – to a fairer and more prosperous Scotland.

It is on delivering that better Scotland that we want to focus our own efforts over these coming months.

The coronavirus pandemic now makes that economic focus urgent. We are facing the deepest recession in living memory. Thousands of Scottish jobs are on the line. 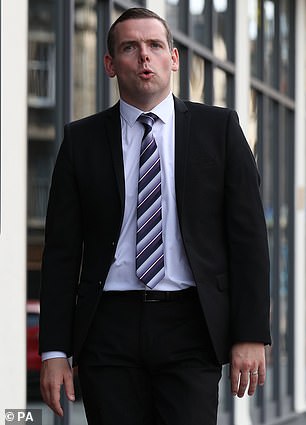 The big problem is uncertainty – with the prospect of a second wave of the disease looming, it is desperately difficult for businesses to plan and it is understandable people do not want to go out and spend. This is where government can step in. As we outlined yesterday, we intend to set out a jobs plan for Scotland within the next month.

Crucially, we want to make this plan stand alongside – not fight against – the proposals outlined by the UK Government.

We are not interested in using politics to create difference: we want to see both our governments working in tandem for the benefit of us all.

The pandemic has been a human and economic tragedy. That makes it vital the recovery we build is seated on the firmest of foundations. We need to hit the ‘refresh’ button in every area of our economic life, because that’s the scale of the challenge Covid has brought.

For starters, we must re-examine the support provided to businesses through existing structures such as Scottish Enterprise and Business Gateway. Public sector procurement must be redesigned to ensure small and medium-sized companies get a fairer shot at securing contracts. We need to refocus efforts to grow exports, not just abroad but within the UK itself.

We must overhaul our too-often creaking national infrastructure and commit to ensuring that every corner of Scotland – large and small, urban and rural – shares in the sustained growth and prosperity that is our goal.

Crucially, we must drive forward a skills revolution that has at its heart a simple principle; that when it comes to making a contribution to society, and to providing for your family’s future, an apprenticeship has the same value as a university degree.

B UT in doing all of this we need to understand something profound. However much we may strive to return to it, life after the Covid pandemic will never be the same again and nor will our economy.

We can’t go back to the way things were because in many areas that won’t be possible. So let’s ensure that, out of the Covid tragedy, something better is built, here in Scotland and across our United Kingdom.

Let’s resolve that the children whose earliest days have been lived in the shadow of a global pandemic can look forward instead to a future of prosperity and security. And let’s all pull in the same direction to make that better future a reality.

Yesterday, in its editorial column, the Scottish Daily Mail laid down a challenge; that the party we hope to lead must be knocked into shape. That fresh ideas on the economy, education and health must be brought to the table, to challenge the SNP’s mediocre record in these areas and others. It’s right that this challenge has been set. We accept it in the spirit intended.

Indeed, we should do nothing less because the future of Scotland and the livelihoods and wellbeing of millions of our fellow Scots depends on that challenge being met. We are up for the fight.

Teenager ‘who kept sex slave, grooming her and then pimping her out’ arrested as he hid in attic
Labrador refuses to cut puppy any slack in tug-of-war over a sock
Popular News
John Oliver Explains Why Your Electric Bill Is So Damn High
16/05/2022
Man Utd wonderkid Ramon Calliste, called ‘the next Giggs’, now owns luxury watch business and makes £5m a year – The Sun
26/03/2020
Megan Thee Stallion Addresses Criticism Over Twerking: ‘I Love to Shake My A**’
26/03/2020
Police guard shops to stop coronavirus panic-buyers and enforce social distancing – The Sun
26/03/2020
Coronavirus: Good Morning Britain’s Dr Hilary reveals ‘game-changing’ self-testing kit
26/03/2020
Recent Posts