Russia launches a secret 'military payload' into orbit around Earth

The launch took place at the Plesetsk Cosmodrome in the town of Mirny in the north-western Russian region of Arkhangelsk Oblast on 29 April.

A statement said that a space ‘combat crew’ had launched the unidentified payload for the Russian Ministry of Defence.

It is understood that the payload was probably a top-secret new military radar satellite system, for use in the war in Ukraine. 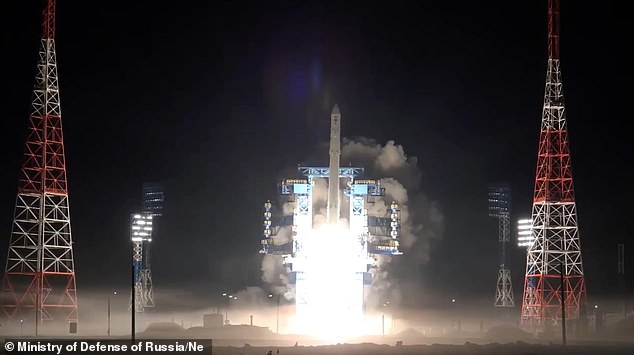 What is the Plesetsk Cosmodrome?

The Plesetsk Cosmodrome, founded in 1957, is a special military site, originally designed to test the R-7 intercontinental ballistic missile.

During the Soviet Union’s existence, Plesetsk was primarily used to launch classified military payloads, most often the ‘Zenit’ photo-reconnaissance satellites.

Due to the classified nature of the Cosmodrome, the USSR did not officially acknowledge its existence until 1983.

However, the launch site was uncovered by British physics teacher Geoffrey Perry and his students, who carefully analysed the orbit of Russian satellite Kosmos 112 in 1966.

They were able to deduce that the satellite was not launched from the Baikonur Cosmodrome in Kazakhstan.

The Cosmodrome has only become busier in recent years, as Kazakhstan, now an independent country, has started charging Russia $115 million annually for the use of the land.

There are also security concerns about launching classified missions from complexes not owned by Russia.

Video footage of the nighttime launch shows the rocket powering its way through the sky from a remote site.

‘Two minutes after the launch, the Angara-1.2 launch vehicle was accepted for escort by ground controls of the Titov Main Test and Space Systems Control Centre.’

The spacecraft was designated ‘Kosmos 2555’ after the successful launch.

Although the payload is unknown, is has similar parameters to two military imaging satellites launched in 2018 and 2021, known as EMKA-1 and EMKA-2, suggesting that it too is an imaging satellite.

The statement went on: ‘Stable communication was established and maintained with the spacecraft, and its onboard systems are operating in normal mode.

‘After the spacecraft was launched into orbit, officers of the Space Control Centre entered data into the Main Catalogue of Space Objects of the Russian Space Control System, and proceeded to analyse and process information about the new space object in order to accept it for tracking by ground facilities of the Main Space Intelligence Centre of the VKS.

‘In total, over 30 ground-based measuring instruments and over 50 combat crews of the 15th Aerospace Forces Army (Special Purpose) were involved in ensuring the launch of the spacecraft of the Russian Ministry of Defence.’

The European Space Agency has ended its collaboration with Russia on future moon and Mars missions.

It confirmed it would no longer cooperate with Moscow’s space agency Roscosmos on the Luna 25, 26 or 27 moon missions, or the ExoMars mission, because of the ongoing war in Ukraine.

‘As an intergovernmental organisation mandated to develop and implement space programmes in full respect with European values, we deeply deplore the human casualties and tragic consequences of the aggression towards Ukraine,’ ESA said.

‘While recognising the impact on scientific exploration of space, ESA is fully aligned with the sanctions imposed on Russia by its member states.’

The Plesetsk Cosmodrome, founded in 1957, is a special military site, originally designed to test the R-7 intercontinental ballistic missile.

Since its inception, the Cosmodrome has gone on to launch the R-7 derived Soyuz, the Cosmos-3M, Rokot, Tsyklon, and the most recent addition to the launchers, Angara.

Due to the classified nature of the Cosmodrome, the USSR did not officially acknowledge its existence until 1983.

This was the first operational flight of Angara 1.2 following a suborbital test flight to check that all systems worked, and three test flights of the Angara-A5 variant to test its effectiveness at launching payloads into orbit.

This launch is the first of three planned Angara launches in 2022, with one more launch planned for Roscosmos, the Russian state space agency, and one commercial flight for South Korea.

The launch comes just days after Roscosmos announced it would be pulling out of the International Space Station.

The ISS is jointly managed by Moscow and Washington, and a complete Russian pull-out is expected to pose major challenges for the operation, as Russian rockets deliver much of the cargo needed to maintain the space station.

However, in recent years NASA has worked with private commercial entities, most notably Elon Musk’s SpaceX, to deliver cargo and conduct manned flights into space, which could help to reduce their reliance on Russia.

The Russian space agency has not given an exact date of its withdrawal, but confirmed that it will adhere to the stipulated year-long notice period. 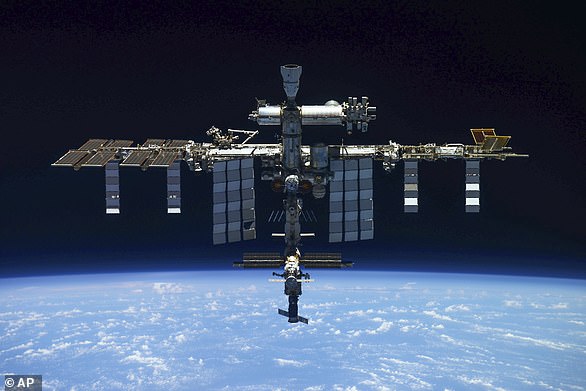 Russia is set to pull out of the International Space Station and will no longer work with NASA and the European Space Agency (ESA), according to the head of its space programme.

General Director of Roscosmos Dmitry Rogozin told Russian state TV earlier today that Moscow will no longer co-operate with its international partners aboard the ISS, confirming that the decision to withdraw has already been taken.

He said Roscosmos is not required to give an exact date of its withdrawal, but affirmed the Russian space programme will adhere to the stipulated year-long notice period.

‘The decision has been taken already, and we are not obliged to discuss it publicly,’ Rogozin told Rossiya 24 – though on Friday he said Russia would continue to work on the ISS ‘according to the time frame set out by our government, until at least 2024.’