AINTREE holds nothing but Grand memories for Ruby and Katie Walsh.

The brother and sister have enjoyed some fairytale moments in the historic National, which will be staged for the 173rd time next Saturday. 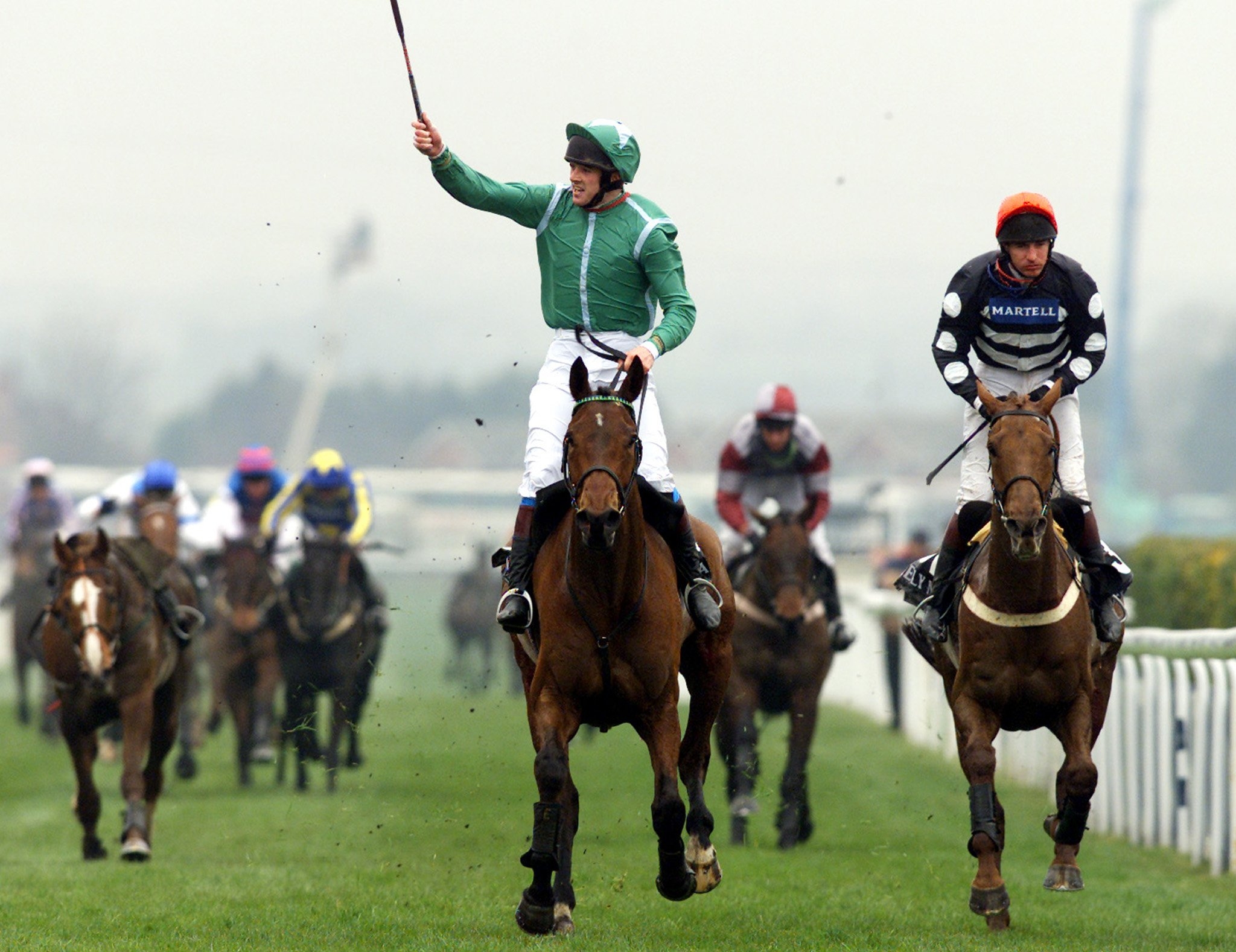 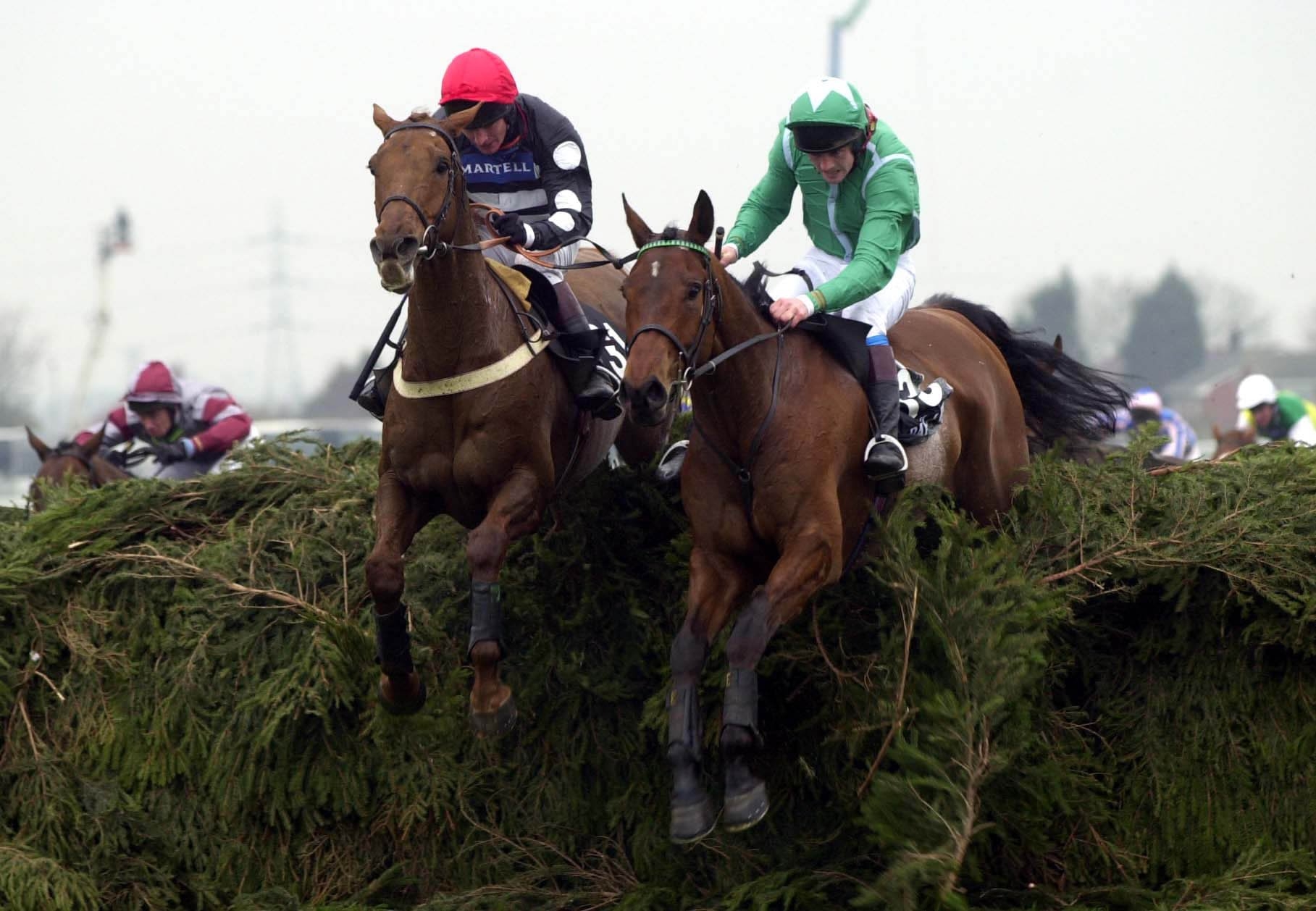 Ruby won the race twice and finished placed four times, while Katie was third on Seabass in 2012 – still the best ever finish for a female jock.

But nothing compares to the victory of Papillon in 2000, when a fresh-faced Ruby won the world-famous steeplechase on the horse trained by his colourful dad, Ted.

As kids, Ruby and Katie would pretend they were riding in the race on their ponies at home.

Paddy Power: Place a £10 single racing bet, min odds 1/5 (1.2) and get £20 in free bets. You will also get an additional £20 in free bets for the Grand National (£40 in total). Only deposits made using cards or Apple Pay will qualify for this promotion. Free bets will be awarded after the qualifying bet has been settled and are valid for 30 days. 18+ Begambleaware.org

Katie said: “It’s a race which has been very lucky to us as a family over the years and we have had some great days.

“I can remember Ruby riding Papillon so clearly. It’s over 20 years ago and I was 15 at the time, but it’s like it was yesterday.

“I travelled over with the horse and looked after him while he was in England.

“When Ruby and I were kids we used to ride ponies and pretend we were jumping Becher’s and the Canal Turn.

“All of a sudden there we were as a family watching Ruby ride Papillon for dad to win the race – it was an unbelievable and emotional day.” 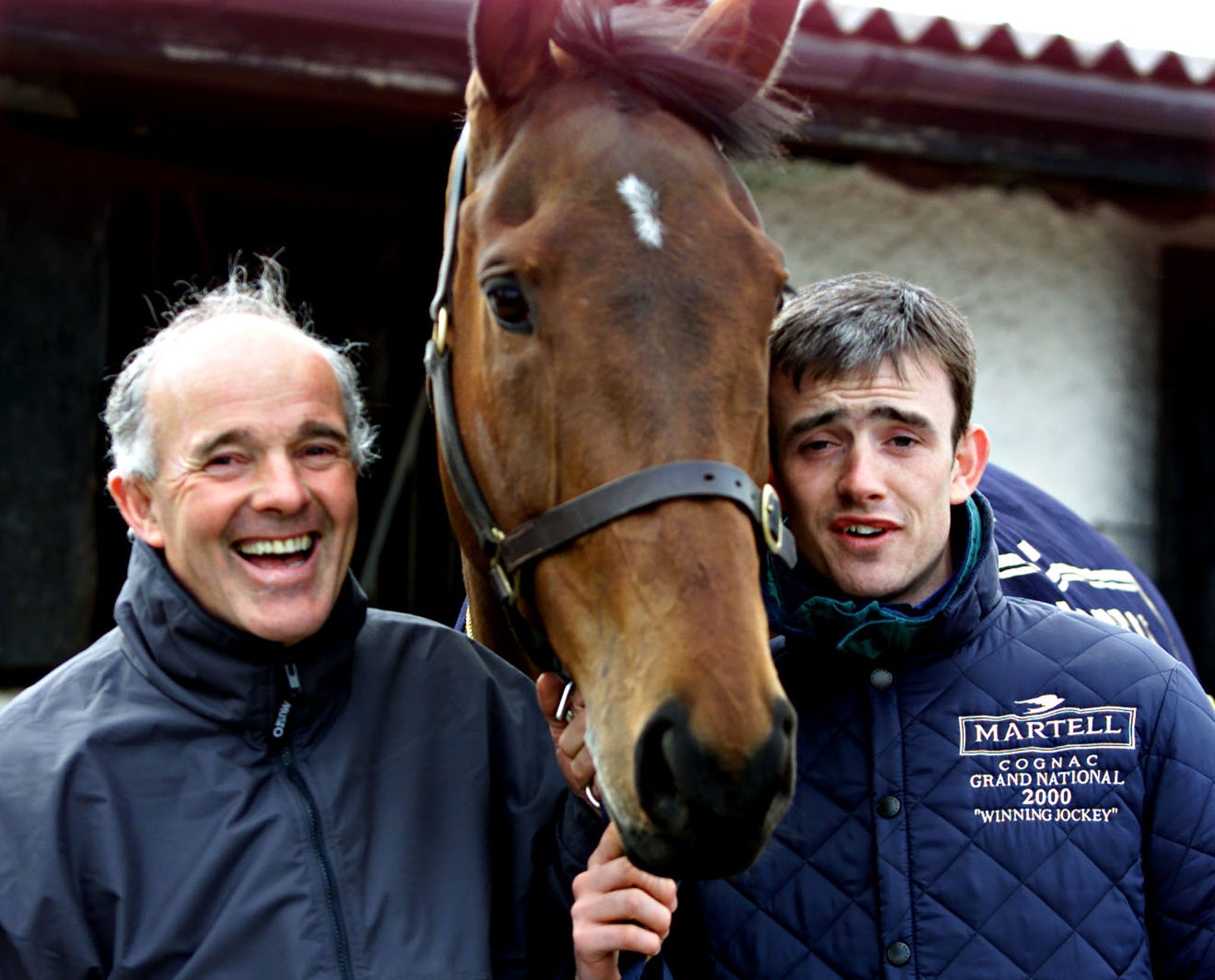 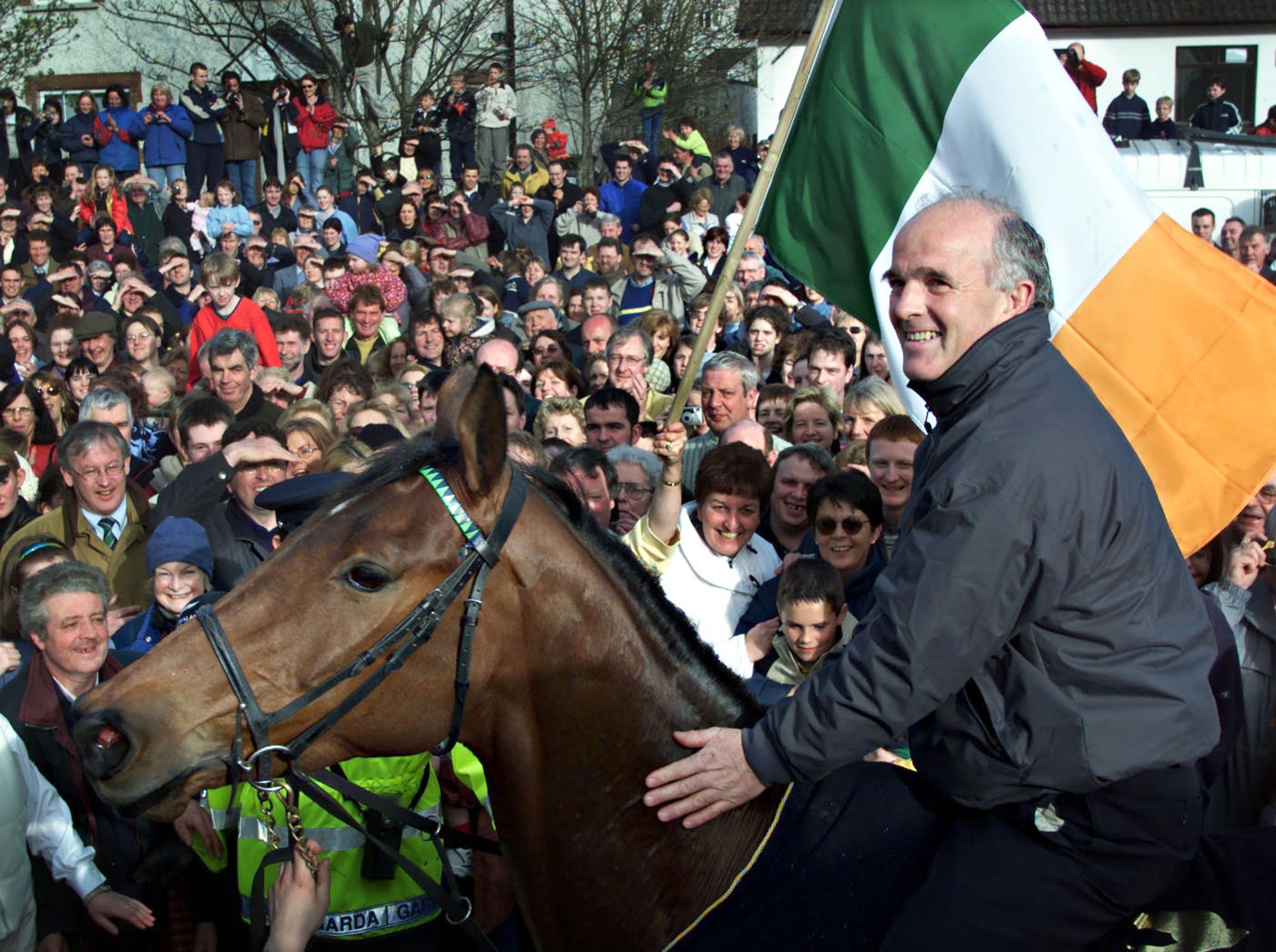 And it was extra special for Ruby, who had never ridden in the race before.

He would go on to enjoy a legendary career as the stable jockey to Paul Nicholls and Willie Mullins.

But Papillon’s National is a win he cherishes above all others.

He said: “You dream about riding in the race, you never dream about winning it because it is such a lottery.

“I still think my greatest day in racing was winning the Grand National for my dad, and if there was any race I could go back and ride again it would be that.

“Papillon was number 13 when he won, and that day changed my opinion of 13 being an unlucky number!

“I can remember coming round the Elbow in front. It’s only 20 or 30 yards from going past the water jump to the winning line.

“But believe me, it felt like 10 minutes. Even though we were winning, I thought Papillon was never going to get there.

“It was an amazing day and I spotted Dad coming back in. He’d ridden in the National but never got beyond Becher’s. I knew what it meant to the family.”

The only result that could have topped Papillon for the Walsh family would have been if Seabass had managed to hold on under Katie in 2012.

The horse led over the second last and looked to be going well – only to tire late and finish third behind Neptune Collonges.

Ruby suffered a late injury and missed that year’s race, but joked: “I remember getting told by dad that I had been jocked off Seabass for Katie – it still hurts!” 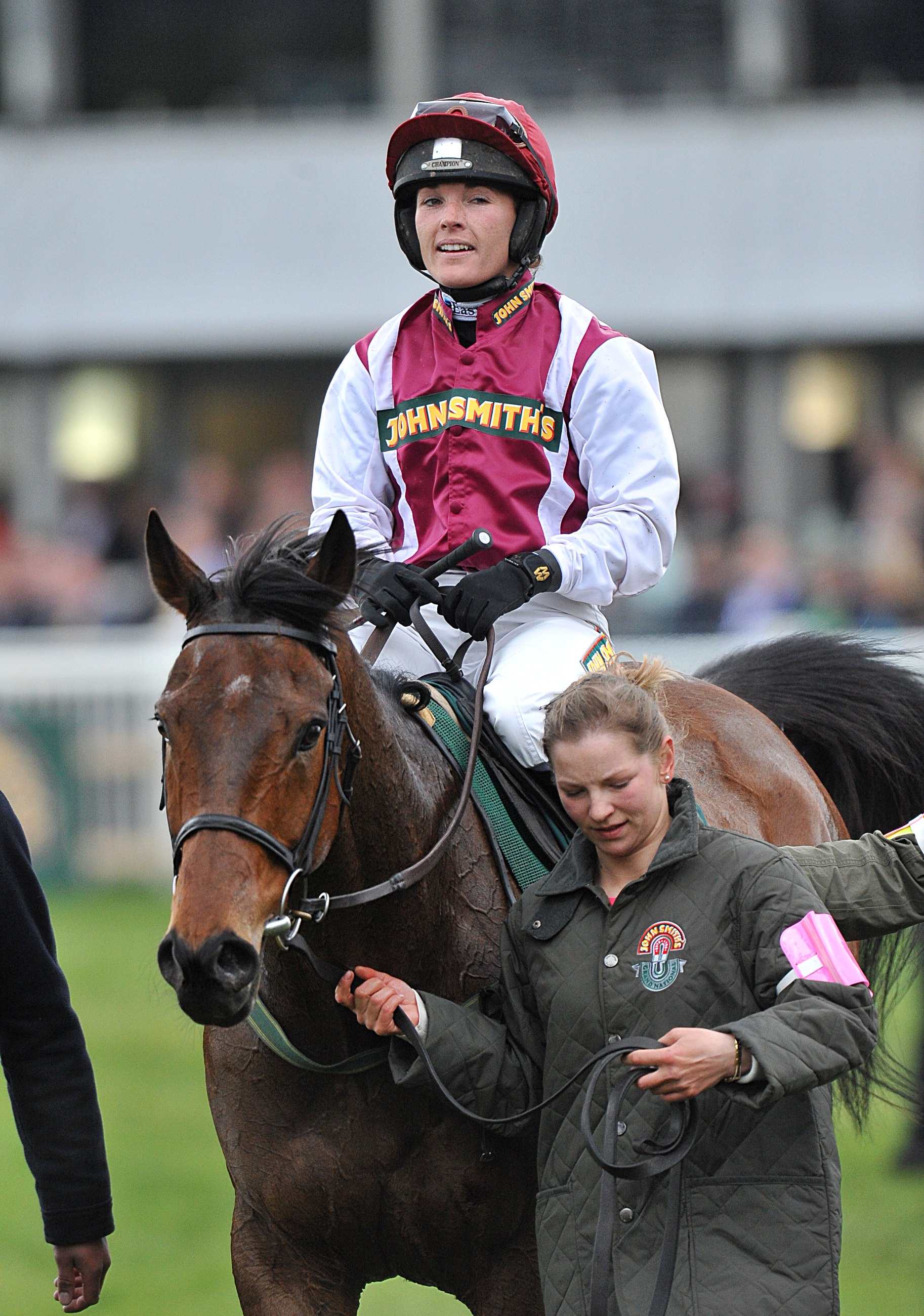 No female rider has come close to bettering Katie’s third-place finish since then.

But after Rachael Blackmore’s unprecedented success at the Cheltenham Festival, she reckons it’s a matter of time before a woman is passing the post in front.

“I’ve never thought of myself as someone who’s finished the best place in the National, and personally I would love to see Rachael win it,” Katie said.

“She was phenomenal at Cheltenham and it was great TV. She was brilliant – take male or female out of it – she was absolutely super and I suppose the picture has changed really quickly.

“With Seabass in 2012 people didn’t really believe it could happen – but now it feels as though it’s ‘when’ not ‘if’ a female wins it.”

The ultimate home for all your racing needs.

Number one for tips, betting offers and news – as well as full racecards and an interactive results and odds comparison service.

But it could be the Walsh family who chalk up another National success in 2021 with leading fancy Any Second Now.

The nine-year-old is second favourite behind Cloth Cap, and Katie has been overseeing his preparation for Aintree alongside her dad.

The JP McManus-owned chaser warmed up for race with an easy win in a Grade 2 over two-miles last time – a tactic Ted has used successfully in the past.

Katie said: “Dad isn’t afraid to run his horses over a shorter trip to sharpen them up. 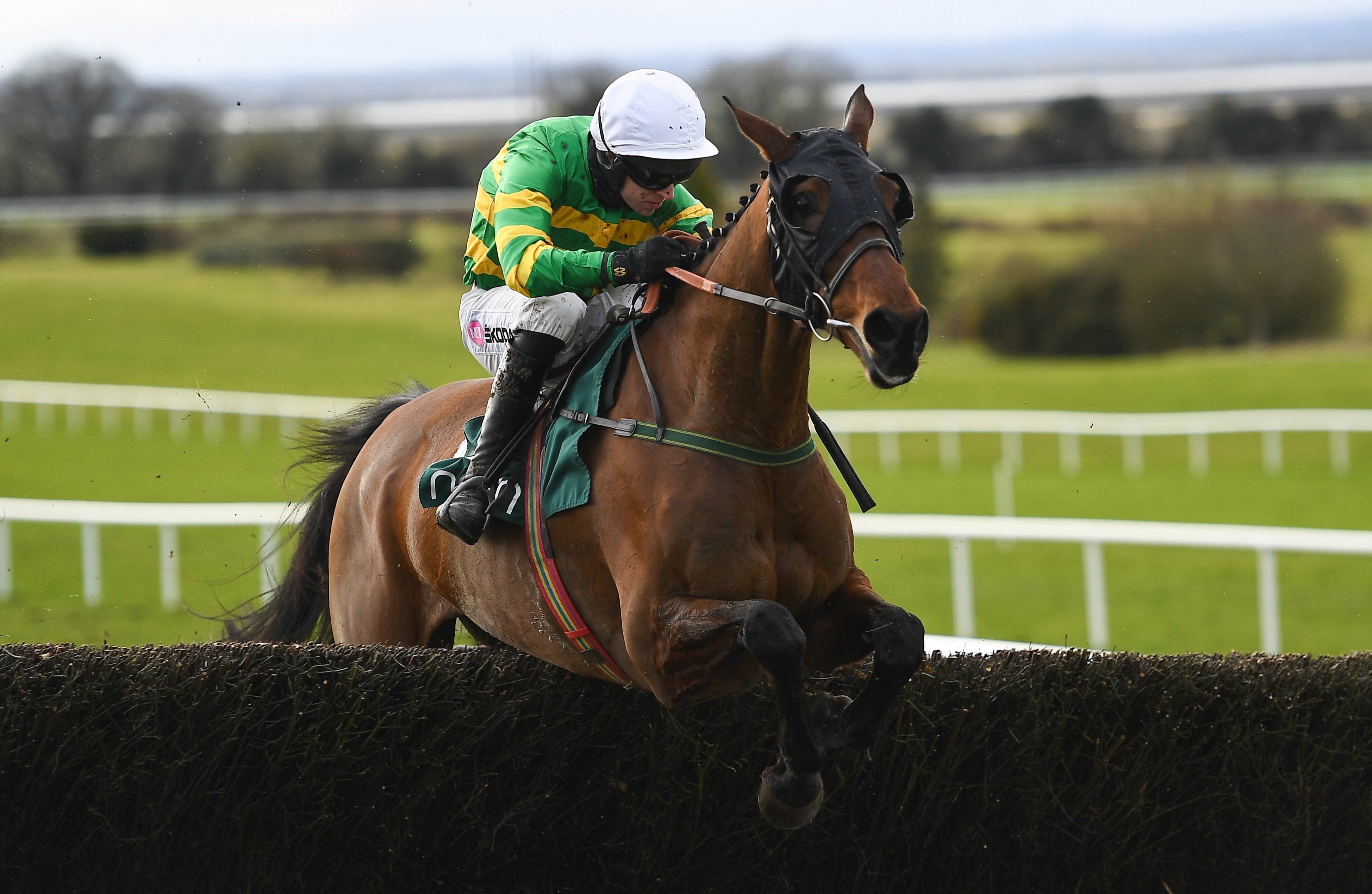 “I definitely think that as the National has changed, you do need to be able to travel easily for the first mile and a half, which Any Second Now can do.

“I’ve worked very closely with dad and Any Second Now for the last few months – and I think he goes to Aintree in great shape.”

Those sentiments were shared by Ruby, who was blown away by the horse’s victory in the Webster Cup last time out.

He said: “He is a lot quicker than I thought he was, he was very good at Navan, but he’s a strong stayer too.

“I can see why Cloth Cap is favourite and he will probably be hard to beat, but Any Second Now is in great nick.

“If I could pick one to ride – I’d choose Any Second Now.”

Related posts:
Martha Stewart on That 'Thirst Trap' Selfie: 'I Got So Many Proposals'
How TikTok put the Menendez brothers back in the spotlight
Popular News
I've kept my hair blonde for 11 years WITHOUT a hairdresser & it only costs me £2 per year
14/04/2021
Man Utd wonderkid Ramon Calliste, called ‘the next Giggs’, now owns luxury watch business and makes £5m a year – The Sun
26/03/2020
Megan Thee Stallion Addresses Criticism Over Twerking: ‘I Love to Shake My A**’
26/03/2020
Police guard shops to stop coronavirus panic-buyers and enforce social distancing – The Sun
26/03/2020
Coronavirus: Good Morning Britain’s Dr Hilary reveals ‘game-changing’ self-testing kit
26/03/2020
Recent Posts