Royal Caribbean’s newest cruise ship – Icon of the Seas – reportedly sold out in less than a day.

The Florida-based cruise line opened the 2,805-cabin ship for booking on Monday and Tuesday, according to The Points Guy, an American travel news website and blog.

Icon of the Seas first sail is set for January 2024 and it’s a seven-night voyage that leaves from Miami and explores the Eastern Caribbean with a pitstop at Royal Caribbean’s private destination Perfect Day CocoCay, the cruise line’s website shows.

The Points Guy determined Icon of Seas sold out within hours of opening bookings to the public and reported that only 26 cabins were available for the ship’s inaugural sailing early Tuesday. 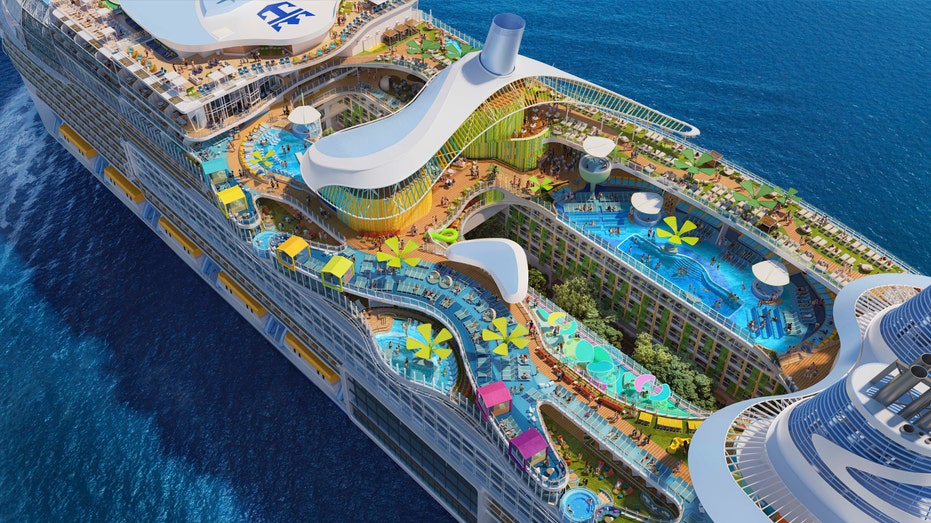 Royal Caribbean’s new ship Icon of the Seas will make its debut in January 2024 with the world’s largest waterpark at sea. (Royal Caribbean International  / Fox News)

FOX Business reached out to the Royal Caribbean Group for comment.

When attempting to book a stateroom for Icon of the Seas inaugural sailing from Jan. 27, 2024, to Feb. 3, 2024, the Royal Caribbean website says outside view and balcony rooms are available for $2,258 and $2,918, respectively, FOX Business found Wednesday afternoon.

The website returns an error message if a customer tries to book the first January date. Other sail dates from February 2024 to April 2025 are available for booking, however.

Royal Caribbean’s Icon of the Seas ship measures 1,198 feet, weighs 250,800 gross tons and has a total of 20 decks, according to a company fact sheet.

Icon of the Seas is so large that the 2,805 staterooms are divided into uniquely themed neighborhoods. The ship has eight neighborhoods in total, including the Aquadome, Central Park, Chill Island, Royal Promenade, Surfside, Thrill Island, The Hideaway and Suite Neighborhood.

Royal Caribbean says Icon of the Seas has the world’s largest waterpark at sea with 13 waterslides.

The ship also has a kid-friendly aquapark, seven pools, nine whirlpools and several restaurants, entertainment options and amenities sprinkled throughout.

Guests who board the Icon of the Seas can choose from interior, ocean view, balcony, royal suite class staterooms.

The seven-night Eastern Caribbean route goes from Miami to Basseterre, St. Kitts and Nevis, to Charlotte Amalie, St. Thomas, to Perfect Day at CocoCay, Bahamas, before returning to the U.S.

Royal Caribbean noted in a press release that Icon of the Seas will make future stops at Philipsburg, St. Maarten; Roatan, Honduras; and Hideaway Beach, an adults-only destination the cruise line is building in CocoCay.