Home » Lifestyle » Ronnie O'Sullivan: I want to do a Ken Dodd, he toured until the day he died

Ronnie O'Sullivan: I want to do a Ken Dodd, he toured until the day he died 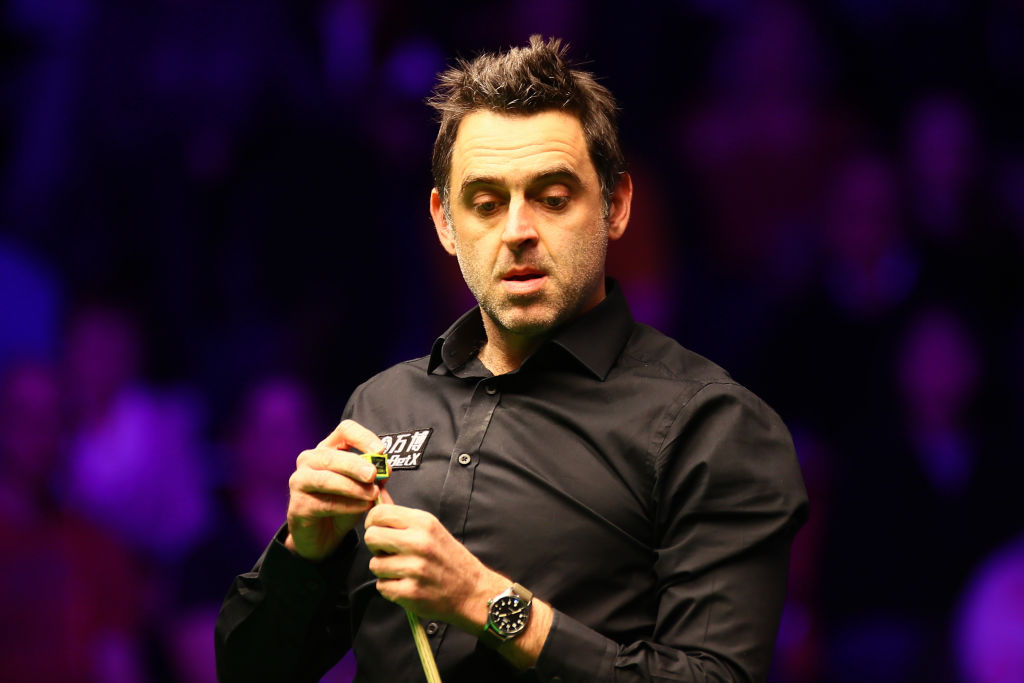 Ronnie O’Sullivan wants to keep playing snooker well into his sixties, taking inspiration from comedy icon Ken Dodd, and doesn’t see any reason why he can’t be playing a very high standard well into his fifties.

The Rocket was in fine form on Tuesday as he breezed past Robbie Williams and into the second round of the Welsh Open with a 4-0 victory at Celtic Manor.

The world champion is looking for his fifth title at this event and, as always, is among the favourite to be lifting the trophy on Sunday night.

The 45-year-old insists that winning tournaments is barely a secondary concern to him these days, but he wants and needs to keep competing in order to stay relevant for the exhibition circuit, which is his primary snooker love.

O’Sullivan takes on Jimmy White in the second round in Wales on Wednesday and he doesn’t see any reason why he can’t still be playing well as he approaches the Whirlwind’s age of 58.

‘My main thing is I want to do a Ken Dodd, he toured until the day he died,’ O’Sullivan told Metro.co.uk.

‘For me, that’s playing exhibitions and having fun and as long as I keep fit and healthy, I try and do 30 or 40 nights a year. I loved it, me and my mate on the road, it was like a road trip, we have so much fun.

‘I play enough snooker to be sharp enough for exhibitions, which is great. I can manage my diary much better, I like to be secure in what I’m doing, have control of what I’m doing.

The reigning world champion is still looking to win his first tournament of the season since his superb triumph at the Crucible in August, whilst Judd Trump has been racking up titles.

The world number one has won four ranking titles this campaign and remarked that he would rather be winning a string of events over a season than just picking up a lone World Championship title.

The Rocket, unsurprisingly, doesn’t agree, saying the major titles in the game – the World Championship, Masters and UK Championship – are the only credible judge of a player.

O’Sullivan compared winning lots of other events to the golf career of Colin Montgomerie, while it was Tiger Woods taking home the biggest prizes.

‘It’s very difficult to say when you’re playing however many tournaments they play,’ said Ronnie when presented with Judd’s comments.

‘The only real yardstick that you can compare, that never changes, is the Worlds, the Masters and the UK. I think the same with golf and tennis.

Judd Trump on the World Championship

‘I know winning the Worlds is an amazing achievement, but I’d much rather win five or six events a year than just pick up that lone World Championship.

‘I’d rather have the consistency of playing well 50 weeks of the year and have a bad two weeks at the Worlds, rather than just play well for a couple of weeks and a bad 50 weeks

‘It certainly makes me a lot happier playing well week-in-week-out than just peaking for one event. Obviously it would be nice to win them all but the Worlds is just one event, it’s exactly the same as every other tournament to me.

‘The only difference is from people looking from the outside saying the Worlds is special, as a player every tournament is equally important.’

‘Everybody knows that it’s the big tournaments, that’s where the big players produce their best. That’s the only constant way of judging how somebody’s done, but everybody has a different approach to how they want to do it.

‘My approach is less on winning tournaments, less on rankings and just enjoying it and having fun. Other players are like Colin Montgomerie, he dominated the European Tour for so many seasons but couldn’t quite win the majors because Tiger Woods was there and he was a hard man to stop.

‘There’s no wrong or right way, it’s whatever floats your boat.’

‘Sullivan has the opportunity to lift the Ray Reardon Trophy on Sunday for the first time, with the prize renamed after his old mentor since the last time the Rocket won this event.

The world champ says that his connection with Reardon runs much deeper than the trophy making a difference and they still have a close relationship to this day.

‘The relationship I have with Ray is much more important than a trophy, it would be great if Ray was here to hand the trophy over, obviously that would be a special moment,’ he said.

‘Any tournament is great to be in and great to participate in. The relationship I had with Ray and the time we spent  together is what I’ll remember most.

‘We still chat on the phone, not as much as we used to, but I still check in with him now and again. I’m sure he’ll have been watching today so I’ll get a little text from him telling me I was rubbish and could improve in certain areas.’

Having skipped the German Masters and the Shoot Out, this is the Rocket’s first ranking event of the year and since he spent Christmas Day working with a homeless charity.

It is something the Rocket does on an annual basis and gets a lot of pleasure out of.

‘I haven’t done much since, because I haven’t got masses of time, but Christmas Day is my chance to get involved and do stuff for the homeless.

‘I do it every Christmas, go and feed the homeless, I enjoy it, giving back, seeing people that are down on their luck, haven’t got much positive stuff going on, to be able to be with them is quite nice.

‘I don’t think they watch too much snooker, but as long as you get a smile out of them, it’s all good.’

O’Sullivan takes on White on Wednesday in the second round of the Welsh Open.

For more stories like this, check our sport page.