RICHARD KAY on the Queen's two weeks of virtual self-isolation

All her life she has been surrounded by people, from the moment she awakes till last thing at night.

There’s the dresser who brings her morning cup of tea and the housemaid who each evening turns down her bedclothes, placing a hot water bottle snugly between the sheets.

For the Queen, 94 this month, her domestic staff are not just a reassuring presence, but a vital contact with the outside world. They bring her news from beyond palace walls, as well as the latest below-stairs gossip.

With some she has formed a uniquely close attachment, and never have those bonds been more needed than now as she, like the rest of us, observes government rules on social distancing. 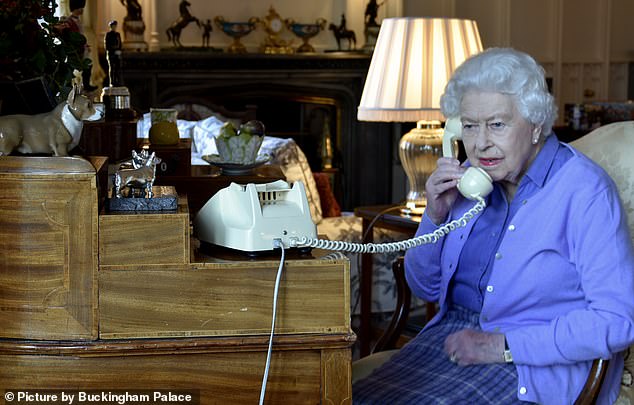 The Queen’s two weeks of virtual self-isolation at Windsor Castle have been far from straightforward after one of her key staff was diagnosed with Covid-19. Pictured: The Queen speaks to Boris Johnson from Windsor Castle for her weekly audience during the coronavirus

But the Queen’s two weeks of virtual self-isolation at Windsor Castle have been far from straightforward after one of her key staff was diagnosed with Covid-19.

For the young woman involved, one of only a handful of female footmen in the Royal Household, is the Queen’s dog walker, whose duties revolve around exercising Her Majesty’s dorgis — corgi-dachshund crosses — Candy and Vulcan.

And it has meant she has been deprived for part of this period by some of her most trusted personal aides, who have had to self-isolate because they had been in contact with the footman.

One figure rarely far from her side, though, is Paul Whybrew, 61, who is the Queen’s Page of the Backstairs and serjeant-at-arms.

Dependable Whybrew is also one of the Queen’s longest serving employees — he manhandled Palace intruder Michael Fagan when he broke into her bedroom in 1982. But with other familiar faces forced to self-isolate, the Queen has been looked after by two of Prince Philip’s most senior domestic aides, pages William Henderson and Stephen Niedojadlo. 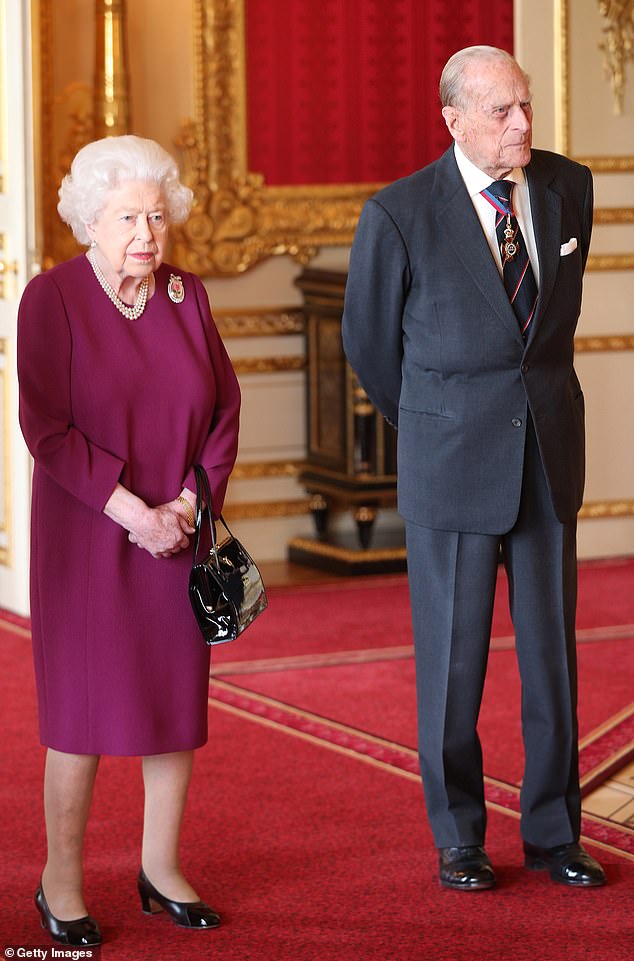 For the Queen, there are compensations, and being reunited with Philip is one. They are pictured together last year

She knows them both, of course, because they usually take care of the Duke of Edinburgh at Wood Farm, his retirement bolthole on the Sandringham estate. Royal aides were planning for the same staff to remain with the couple for up to a month before a new team is sent down from London.

But the news that the sick footman is recovering – and with no further infections diagnosed – means that some of the Queen’s regular staff are being allowed to return to her side.

HM, meanwhile, has been making adjustments to her own routine. Unable to visit the stables at Windsor, she has been checking on the welfare of her horses with their grooms over the telephone.

In a gesture appreciated by staff, many of whom are confined to small flats at Windsor, she has allowed them to use the Royal Family’s swimming pool. She has also opened up the garden at Buckingham Palace so those living at the royal mews can exercise there. 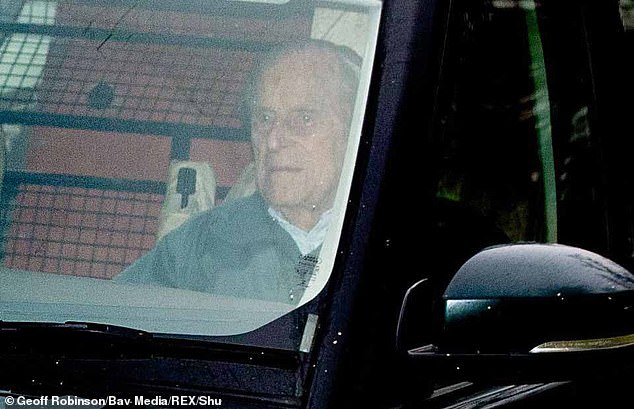 Philip, 98, (pictured) who retired from public life in 2017, is said to be taking self-isolation in his stride

‘It means an awful lot to staff cooped up in small apartments, some with family,’ says one aide. At the Palace, only gardeners working in the 40-acre grounds and IT technicians keeping the Queen connected to Downing Street and to Commonwealth leaders have been clocking on.

Elsewhere, the vast building is almost empty. For the Queen, there are compensations, and being reunited with Philip is one. For the first time in a degree of silence around Windsor.

‘I am sure she will have noticed a good deal more birdsong than she has for decades,’ says the friend. Philip, 98, who retired from public life in 2017, is said to be taking self-isolation in his stride.

‘He’s always got things to do, whether its paperwork or discovering a new biography to read,’ says an aide.

One person who has been at the Queen’s side throughout her stay at Windsor is Angela Kelly, her senior dresser and confidante. In recent years the crane driver’s daughter, raised in a Liverpool council terrace, has become an indispensable palace figure. 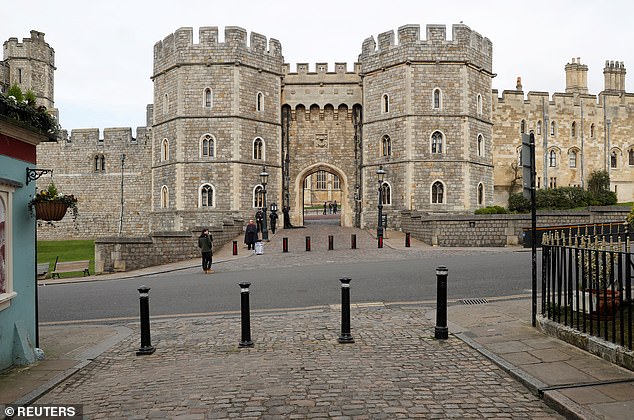 One person who has been at the Queen’s side throughout her stay at Windsor (pictured) is Angela Kelly, her senior dresser and confidante

Few could provide a more reassuring presence for the Queen during this period of isolation. One of Angela’s essential daily tasks will be washing the Queen’s hair, setting it and making sure the old-fashioned cone dryer Her Majesty prefers to use is ready. A hobby the two women share is watching the night sky together.

With so much less light pollution, aides believe there is every chance they will be looking at the stars. ‘What the Queen loves about Angela is that she never tries to be anything but herself,’ says a senior aide.

‘There is a genuine warmth between them that has grown into companionship.’

We can be sure they will watch television together — Countdown on Channel 4 is a favourite show. So close are they that when the Queen gets a new pair of shoes Angela breaks them in — both women have size four feet.

One story doing the rounds among servants is that Angela occasionally gives the Queen a foot massage after engagements which involve standing for long periods, such as investitures.

There will be less need for that now. Ms Kelly has even been permitted to write two books about her boss. The first, Dressing The Queen, concentrated on the royal wardrobe.

The second, published last year and called The Other Side Of The Coin, included remarkable pictures and anecdotes about the Queen. Now the two have been thrown together in isolation by the coronavirus crisis, the experience could lead to their most intriguing collaboration yet.

The word among staff is that there is to be a third book; this time the subject is the Queen and her beloved dogs. Ms Kelly left a clue in the book’s final chapter when she wrote: ‘Thank you for reading. I hope we meet again … until next time.’