Nene Leakes from The Real Housewives of Atlanta is in three different feuds at the same time. The Bravo reality star picked a fight with her co-stars Eva Marcille and Kandi Burruss, and Wendy Williams dragged her into another one. The latter blasted Leakes on her daytime talk show for calling her on FaceTime unannounced. 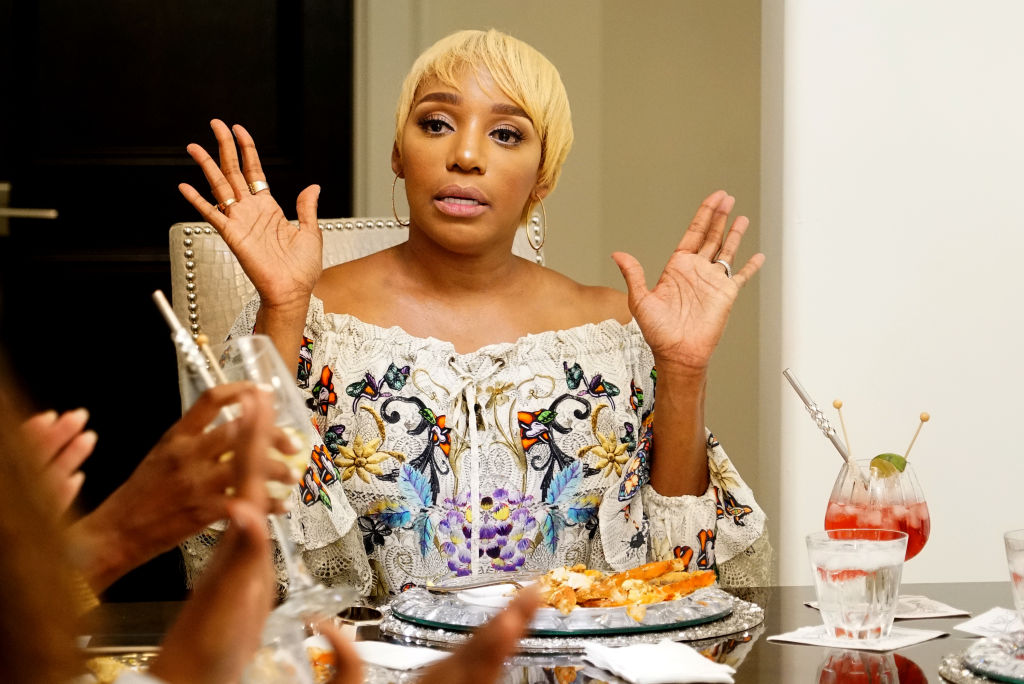 Why did Wendy Williams call Nene Leakes out?

Leakes has been doing Instagram Live sessions where she interacts with her fans. Last Friday she was scheduled to do one with her former co-star Kim Zolciak. As she waited for her friend to connect to the broadcast, Leakes thought it would be fun to call Williams, which turns out to be a bad idea.

“On Friday evening I was in the house minding my own business … my phone rings shortly after 10 o’clock and it’s Nene… I said, ‘Hi Nene, why are you screaming? Why are we on speakerphone, your house is big enough? What’re you doing?’” Williams shared. “She [NeNe] said, ‘Girl.’ I said, ‘Yes Nene, why are you talking so loud?’ She said, ‘I’m here with all my people…’”

The TV personality says she doesn’t like to do video calls, not even with her parents.

“You know I don’t have face or time for FaceTime, period,” Williams added. “If I don’t do it for my own parents of the show, why would I be doing it for someone over there. I like NeNe, but she’s still an over-there person to me!”

Williams explained to her viewers that she felt “ambushed” by Leakes as she didn’t give her a heads up before.

“Honestly, here’s where the ambush comes in. She said, ‘Wendy, look’ — she was in hair and makeup and wardrobe with all her people — she said, ‘We filming and I want you to be on the speaker.’ I said, ‘NeNe, I did that for you one time.’ Remember my appearance? One time! I made it very clear, I am not a Housewife. Sorry, my career is a bit … different … than being a Housewife. I don’t need that kind of attention.”

Our girls weekend is slowly coming to an end 🙊😩🙃 @wendyshow

Since Leakes has been so active on social media, fans waited until her next broadcast to ask her to spill the tea on the drama with Williams. Her followers wanted to know how she felt about the talk show host calling her out on national television. However, the RHOA star was less than thrilled to be talking about the drama and shot all of her fans down.

#PressPlay: Earlier #WendyWilliams let her viewers know how she really feels about her friend #NeneLeakes after she tried to have her on her live the other day. Nene took to her IG Live tonight to say she will not be answering any questions concerning Wendy, and says she will not hash out their issues for social media!! (SWIPE)

“Any questions I may have I will send them to her, I wish she could’ve done the same,” she added. “I’m always loyal, I will always be loyal. I’m not a snitch. I’ll never be one. I am not going to hash out a friendship over social media.”

The Real Housewives of Atlanta airs Sunday nights at 8 p.m. ET on Bravo. The Wendy Williams Show is a nationally syndicated show airing weekdays, check your local listings for times and channels.