Residents of a Michigan suburb have called for transparency after being asked to evacuate their homes due to a hazardous gas leak from a nearby Ford assembly plant.

Members of the Flat Rock community gathered at a local high school on Sunday for an update on the government’s response to the leak of benzene vapors into the sewers.

"It’s been going on for four or five days," resident Darrell Gore told FOX2 Detroit. "There’s a lack of transparency, we haven’t really gotten the answers to a lot of our questions, so that’s why we're here."

The Michigan Department of Health and Human Services (MDHHS) encouraged residents of certain affected zones to evacuate over concerns of possible risk, according to the station.

"We don’t believe there is any imminent danger to the residence at this time, however, we are acting out of an abundance of caution," said MDHHS Director Elizabeth Hertel.

Flat Rock Mayor Mark Hammond said that while 465 homes are being asked to evacuate, officials are leaving the decision up to the families, the station reported.

The leak of benzene, a flammable chemical found in crude oil and gasoline, prompted Gov. Gretchen Whitmer on Thursday to declare a state of emergency for Wayne and Monroe counties. 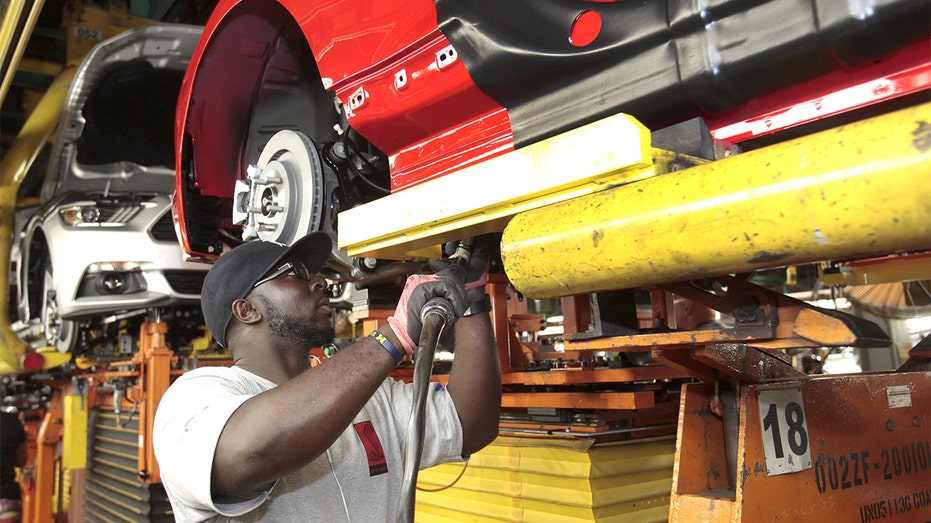 FORD SALES DOWN 33% IN AUGUST AMID CHIP SHORTAGE

Ford executive Bob Holycross, who serves as vice president of sustainability, environment and safety engineering, spoke to residents for the first time on Sunday, acknowledging that "Ford is the source of the problem," WDIV-TV reported.

"I want to apologize again for what happened and the people whose lives are impacted," he said.

Holycross said that the fuel leak was initially discovered Wednesday and Ford shut down the pipe believing the leak had been contained to the assembly plant property. He said that by Friday it was determined the leak was much larger than previously thought.

The Michigan Department of Environment, Great Lakes and Energy (EGLE) said in an email Friday that an estimated 1,000 to 3,000 gallons of unleaded gasoline spilled into the sewers.

For those residents displaced due to the leak, Ford has secured hotel rooms and have readied care packages and gift cards as part of a million-dollar reimbursement fund, according to WDIV.