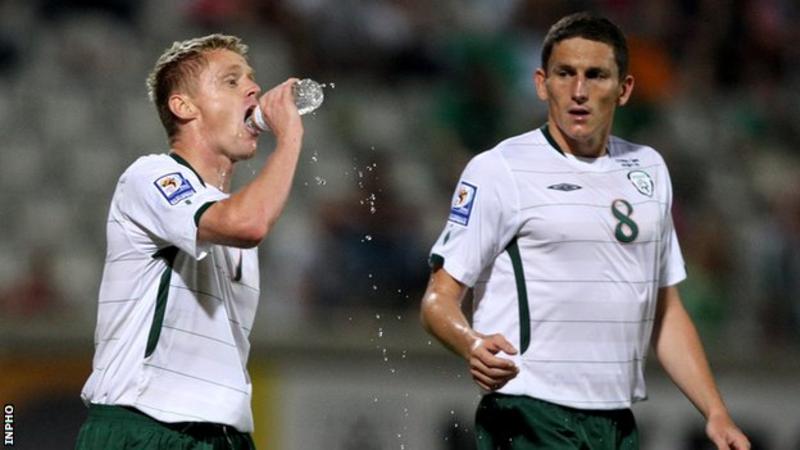 Kenny, 48, replaced Mick McCarthy at the helm after Euro 2020 was postponed because of the coronavirus pandemic.

Meanwhile, Jim Crawford succeeds Kenny as the Republic’s Under-21 manager.

Ex-Chelsea, Newcastle and Fulham winger Duff will join on 1 August, having spent the last year on the coaching staff of Scottish champions Celtic.

Andrews had previously assisted Kenny in the U21 set-up, while Kelly will continue as goalkeeping coach.

Former Manchester United and Sunderland defender John O’Shea comes in to assist Crawford with the Under-21s, having previously been part of the Reading backroom team.

The new-look coaching staff comes after the Football Association of Ireland chose to accelerate its managerial succession process because of the indefinite postponement of the Republic’s upcoming Euro 2020 play-off.

Kenny, 48, was set to replace McCarthy at the end of this summer’s tournament before the virus led to the delay of the competition.