Referee Darren Drysdale called in by bosses after Ipswich scuffle

Referee Darren Drysdale is hauled in for questioning by his bosses after SQUARING UP to a player, with Ipswich manager Paul Lambert revealing he asked the RAF sergeant: ‘Did you put your head into my player?’ – but got no answer

Referee Darren Drysdale is facing a grilling from refereeing governing body PGMOL after he appeared to lean in on Ipswich Town player Alan Judge with his head on Tuesday night.

The 49-year-old squared up to Irish midfielder Judge after his appeal for a penalty was rejected during the Blues’ League One tie with Northampton. The pair had to be broken up by two Ipswich players and Northampton’s Lloyd Jones. 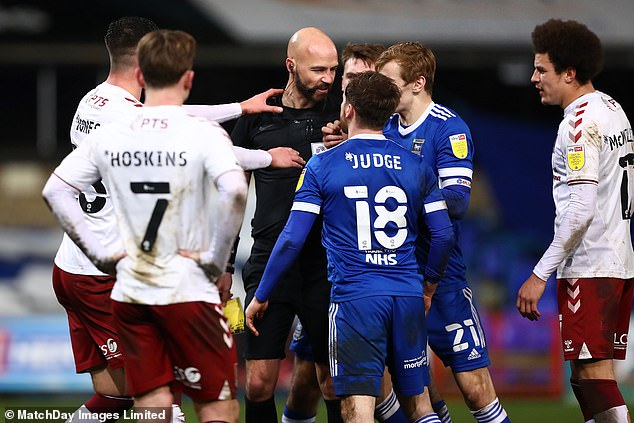 Ipswich boss Paul Lambert confirmed that the club contacted the EFL over the alleged incident and the Blues have demanded an investigation into the matter.

Lambert told talkSPORT on Wednesday: ‘I’ve texted Mike Jones (EFL head of referees) this morning to say, ‘Have a look at the footage of the head thing.’

‘To me, in my opinion, it looks as if the referee went in there and I said to him after the game, ‘Did you put your head in my player?’

‘He couldn’t answer it and that’s the reason I spoke to Mike. I haven’t seen that in a long, long while.’ 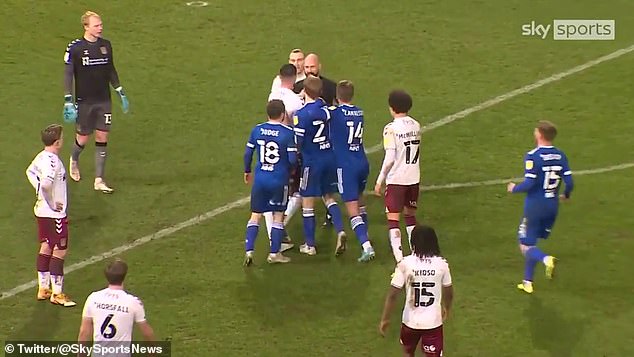 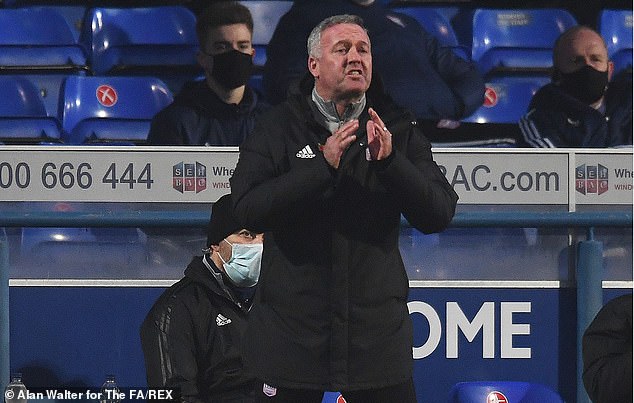 The official booked Judge for simulation after the scuffle, while the referee also sent off Blues player Flynn Downes for a second bookable offence in stoppage time.

Drysdale is in line to take charge of Southend United’s match with Bolton Wanderers this weekend though the official’s involvement in the game is now in doubt after these allegations.

Former Premier League referee Mark Halsey told The Sun that Drysdale ‘should NEVER put himself in that position’ at Portman Road. 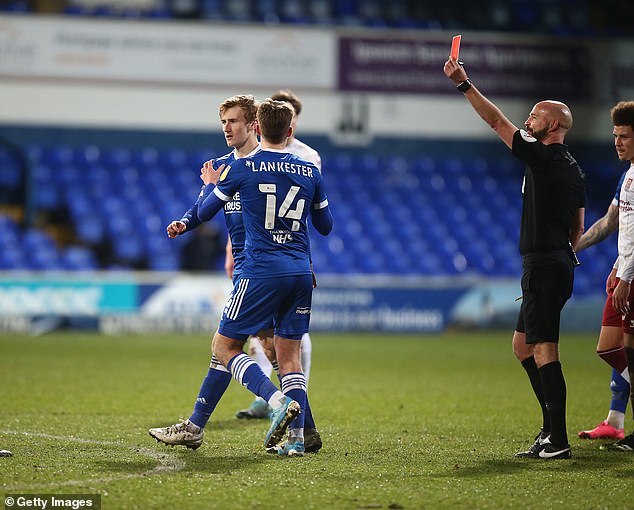 Halsey said: ‘I’m sure the PGMOL will conduct an investigation into what happened and it will be interesting to see if Ipswich now make a complaint to the EFL.’

The 49-year-old became a Football League referee in 1996 and officiated in the top-flight two years later. He is also a regular assistant referee in FIFA and UEFA competitions.

He was an assistant referee to Graham Poll in the 2000 FA Cup final between Chelsea and Aston Villa – his first experience as an official in the annual Wembley event.

Drysdale is also a RAF Sergeant veteran and was stationed in Iraq, Libya and Cyprus in his military career. 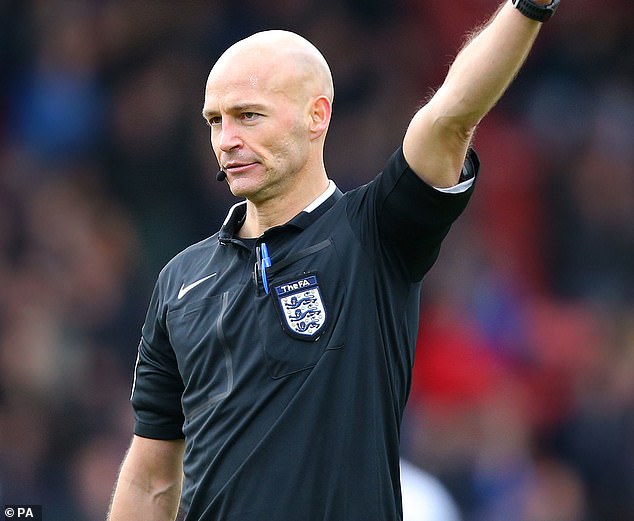 Drysdale has also worked as an RAF Sergeant alongside his refereeing

DARREN DRYSDALE AND HIS HISTORY WITH THE RAF

Alongside his refereeing, Darren Drysdale is also a RAF veteran and has been stationed in several countries, including Libya, Gilbraltar and Cyprus.

Drysdale was stationed for four months out in Iraq in 2003 along with his wife Wendy – who worked in the HR recruitment sector.

He told the EFL official website back in 2012: ‘It was probably the lowest point in my life. I processed the prisoners of war and the bombs were dropping left, right and centre.

‘You just couldn’t help but wonder: “has the next one got my name on it?” You couldn’t see an end to it. Every day felt like three days. It was very stressful.’

During his time in Iraq, he was voted the Combined Services Sports Official of the Year in 2003. He received the award from the Princess Royal at the RAF Club in London.

Drysdale’s route into refereeing began way before his army days, running the line as a 15-year-old for his father – who was also an official.