There are now a record number of Australians with a job, with new figures revealing a further fall in the nation’s jobless rate ahead of the end of the JobKeeper wage subsidy program.

The Australian Bureau of Statistics on Thursday reported the jobless rate fell by 0.2 percentage points to 5.6 per cent in March. The number of people out of work fell by 27,100. 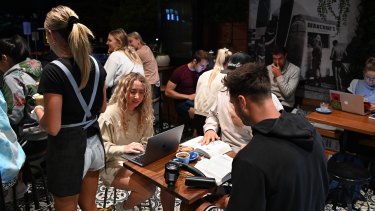 There are now a record number of Australians with a job after the unemployment rate fell.Credit:Nick Moir

During the month there was a 70,700 jump in total employment, taking the number of people with a job to a record 13.08 million.

The increase was driven by part-time workers with a 91,500 increase through the month. Full-time employment actually fell by 20,800.

The underemployment rate, which includes people who want more hours, fell to 7.9 per cent.

The overall result was driven by Western Australia where the jobless rate fell 1.3 percentage points to 4.8 per cent. It is the lowest jobless rate in WA since December 2013, almost a year before the end of the post-GFC mining construction boom.

The state went to an election during March, which usually requires the employment of thousands of part-time workers. 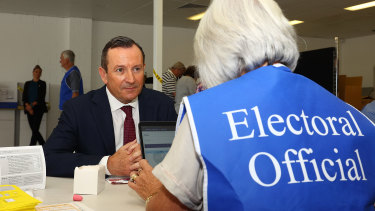 WA Premier Mark McGowan was reelected when the state went to the polls, which typically requires the employment of thousands of part-time workers.Credit:Getty

Unemployment fell by 0.6 percentage points in the ACT to a national low of 3.4 per cent.

Unemployment is highest in South Australia and Tasmania at 5.9 per cent.

The head of labour statistics with the ABS, Bjorn Jarvis, said the number of hours worked was now back higher than it was in March last year, the first time during the pandemic period.

The figures were collected in the first half of March, ahead of the March 28 end of the JobKeeper program. Treasury and private economists are expecting an increase of more than 100,000 in the number of unemployed people with the end of JobKeeper.