Queen’s Brian May says ‘I’m proud of it, and I MISS it’ – Can you guess what?

Aside from playing lead guitar in Queen, Brian May went on to have popular solo career. And now the 73-year-old has reflected on that time by sharing a clip of himself performing Too Much Love Will Kill You in 1992. Brian May wrote on his Instagram: “Thanks @tracyannsee for reminding me of my solo history.”

The Queen guitarist added: “I’m proud of it, and I miss it.

May originally wrote Too Much Love Will Kill You to feature on 1989 album The Miracle.

However, the track was cut following Queen’s decision that all the songs on the record needed to be written by the band as a whole, rather than as individuals. 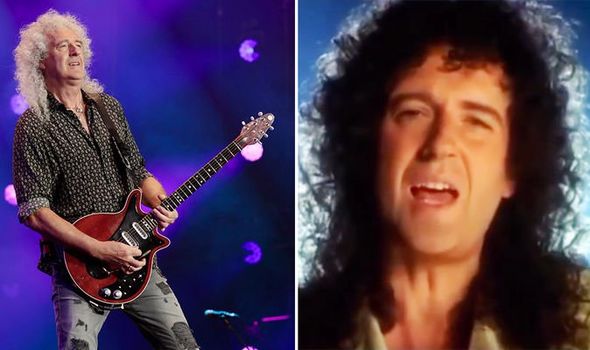 Thanks @tracyannsee for reminding me of my solo history. I’m proud of it, and I miss it. And yes … Happy Monday Folks. Bri

But then following Freddie Mercury’s death in 1991, May turned Too Much Love Will Kill You into a solo song.

The star performed the track at the Freddie Mercury Tribute Concert in 1992.

It was then included in his solo album Back to the Light later that year.

It’s a common misconception that the song was written in tribute to Freddie, having been recording originally in 1989 with the singer on vocals. 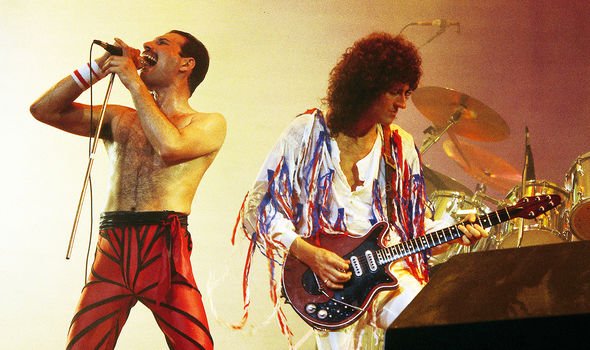 Too Much Love Will Kill You was actually May’s reflection on the breakdown of his first marriage and falling in love with future wife Anita Dobson.

And the version with Freddie’s vocals actually ended up on Queen’s final album in 1995’s Made in Heaven.

Aside from being nostalgic for his solo career, May has also said how he misses touring with Queen and Adam Lambert.

The band were set to travel the UK and Europe this summer, before dates were postponed to 2021 due to the pandemic.

DON’T MISS
Queen’s Brian May: Incredible John Deacon tribute for his birthday [JOHN DEACON]
Queen: Roger Taylor explains why they have NO contact with John Deacon [INTERVIEW]
Freddie Mercury Why he left Mary EVERYTHING in his own beautiful words [FREDDIE MERCURY]

May posted last weekend: “Gotta say I miss that moment of the huge adrenaline rush – as we head for the stage.

“Fingers crossed we will do it again next May.”

The 73-year-old was promoting Queen and Adam Lambert’s first live album in Live Around The World, which is released on October 2, 2020.

The Queen guitarist wrote: “It’s been hard keeping this a secret !!!.”

May added: “An immense amount of work has gone into this live compilation from our brilliant team.

“The tracks have been chosen from our shows literally all around the world over the last few years.

“And the vision and sound mixes perfected and blended to make a seamless one-off dream QAL show. I’m personally excited to see how this grabs you folks. It’s quite a trip.

Queen and Adam Lambert: Live Around The World can be pre-ordered here.