The Coalition will push for universities to be exempted from the Victorian government’s mental health levy when it comes before Parliament this week, arguing they have been unfairly caught up in a tax intended to target high-earning businesses.

Victoria’s seven universities will have to pay an additional $42 million in payroll tax each year as part of the levy, which is expected to raise $800 million annually over the next four years. 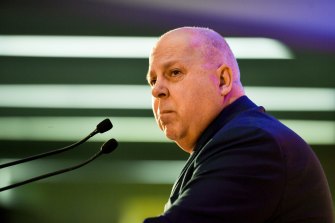 As universities rail against being included, the Business Council of Australia has been leading a behind-closed-doors lobbying mission aimed at convincing crossbenchers to vote down the new tax.

Representatives met with Reason Party MP Fiona Patten, who supports the levy, as recently as Monday to argue that together with $2.4 billion in new property taxes, the Andrews government was making Victoria an uncompetitive place to do business.

Under the mental health proposal, to be debated in Parliament from Tuesday, businesses that pay more than $10 million in wages nationally will face a 0.5 per cent levy from 2022.

Larger businesses with a payroll above $100 million will pay an additional 0.5 per cent on their share of wages paid in Victoria. 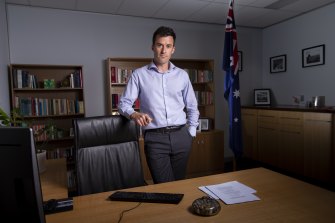 Treasurer Tim Pallas said the tax would affect about 9000 Victorian businesses, or fewer than 5 per cent of employers, and was needed to respond to recommendations from the Royal Commission into Mental Health.

Opposition higher education spokesman Matthew Bach told The Age that with universities already devastated by a drop-off in revenue from international students and last year’s lockdowns, it was “absolutely the worst time to be hitting them with higher taxes”.

The Liberal MP will move an amendment in the upper house this week to exempt universities from the new levy.

“We desperately need our world-class higher education sector to continue to provide a great education to young Victorians, and to produce cutting-edge research on – among other things – mental illness,” said Dr Bach, a former teacher.

“But for some of our universities, this new tax will amount to over $10 million every year. That will mean savage cuts to courses, jobs and research.”

Shortly after last month’s announcement, Melbourne University vice-chancellor Duncan Maskell, who chairs Victoria’s vice-chancellors’ committee, said they were surprised to be included because of universities’ charitable status and the “great deal of money” they invested into mental health research.

The Coalition will oppose the government’s mental health levy but it is expected to easily attain the three upper-house crossbench votes it needs to pass Parliament this week.

Crossbenchers will then consider the opposition’s amendment to the bill proposing universities’ exemption from the tax. The amendment requires the support of nine out of 11 crossbenchers to be successful.

Only Animal Justice Party MP Andy Meddick told The Age he was against the amendment, with the remaining crossbenchers either in favour, considering it or waiting to see its final wording before commenting.

Mr Meddick said he understood the university sector was under stress but agreed with the National Tertiary Education Union’s view that the money taxed from universities should be put towards mental health services for staff and students.

“I note that the union agrees with the government view that all large employers should make a contribution to this scheme,” he said.

Greens leader Samantha Ratnam said her party “will be carefully considering any amendments that seek to protect university jobs”.

The Business Council of Australia and chief executive Jennifer Westacott have been advocating against the mental health levy, distributing a fact sheet to all MPs and arranging meetings with multiple crossbenchers in recent weeks.

Ms Westacott told The Age that while she agreed mental health was an important issue particularly in Victoria after last year’s second wave of COVID-19, businesses were already investing millions in mental health.

“Victoria is becoming an uncompetitive place to do business, with rolling lockdowns and some of the largest tax hikes in the country,” she said.

“This is a tax on jobs at the worst possible time while states like NSW are competing hard to attract the new investment needed to create jobs.”

A spokesman for Mr Pallas said the Treasurer had met with the universities but would not budge on their inclusion in the levy.

“We provide more support to our universities than any other state government in Australia, including more than $1 billion to assist the sector throughout the pandemic,” the spokesman said.