Those who criticize Taylor Swift often focus on her teenage-themed vibe. She capitalizes on failed romances via catchy tunes, simple rhyme schemes, and a motley assortment of revenge and self-realizations-based plots akin to a pre-quarter-century crisis (which she should have long since passed). Yet, is Taylor Swift actually a better lyricist than she lets on? Is there any proof that her grasp on the English language – and rhetorical strategies — reaches further than “she wears short shirts; I wear t-shirts?”

When analyzing Taylor Swift’s ascension to stardom, you must account for the fact that she was quite young when on the rise; thus, some of her early hits are adolescent in nature (targeting a young female demographic), as she herself fills that box. 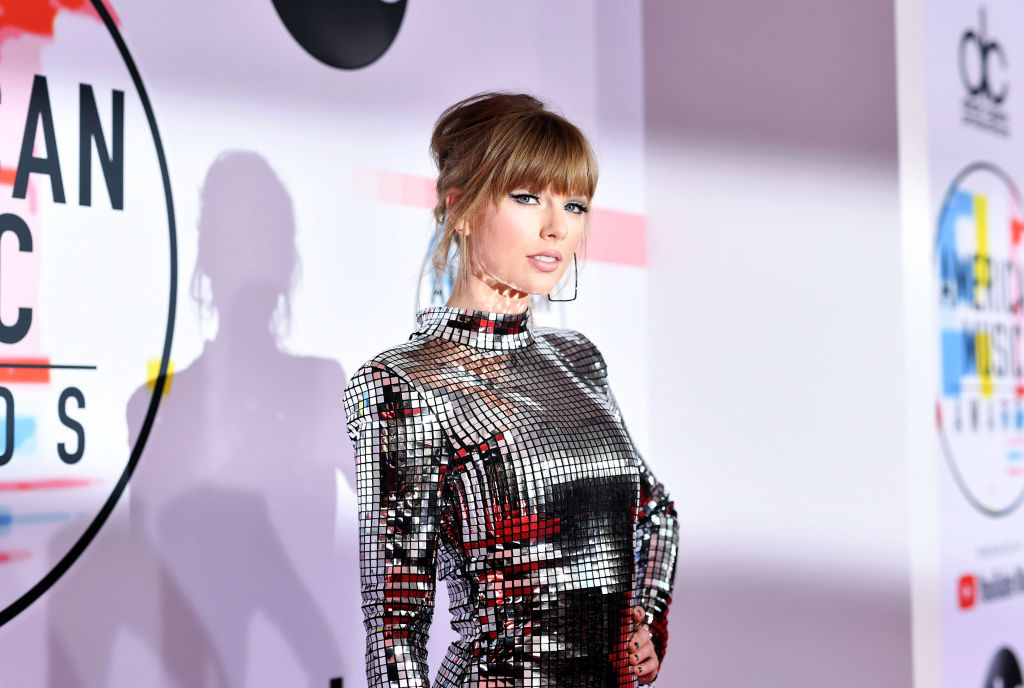 From “You Belong With Me” to “Shake It Off”, “Love Story,” and “Fifteen” several Swift numbers paint a narrative — using well-known allusions to Romeo and Juliet or stereotypical depictions of high school cliques — without illustrating the emotional depth inherent to the experience in an explorative or pensive way. However, this is often the case when it comes to the artist’s big hits — an indication that Swift knows her audience. Yet, her B-tracks — and her work outside her pop-focused career — highlight her ability to tap into a different style. She can offer a different linguistic approach — even sometimes proving a grasp on more classical lyricism.

Let’s take a look at “Clean”

Taylor Swift’s “Clean” comes off of the album 1989 and dives into what it means for love to die — for a relationship to crumble…not with a bang, but with a whisper. His love remains “all over her” like a “wine-stained dress” she “can’t wear,” and though she felt like she was drowning when it came to a close, the finish is what allowed her to breathe — to reenter the world better off.

She is angry but “clean:” clean of the pain, clean of the struggle, clean of the long-lasting moment in her life. She compares this end to a drug addiction ending, making a clear analogy without ever veering too far, as to avoid a trite depiction.

Taylor Swift once explained that the song is about “ coming out of a relationship, or trying to move on from some struggle that you had in your life, and feeling kind of tarnished by it,” as noted by SongFacts. The song is heavy, but not overwrought or melodramatic; it’s real without being combative or whiney. It’s mature.

“The Moment I Knew:” When transparency meets subtext

Unlike “Clean,” “The Moment I Knew” is a bit more on the surface, more transparent, but transparency does not necessarily mean weak. Transparency, when matched with a strong emotional subtext, is quite powerful. Swift balances the two well in this number; subtext and transparency.

The story is right there: her boyfriend doesn’t come to her Birthday party, yet in each utterance of the “Moment I Knew,” you feel the pain of every missed Birthday, every forgotten anniversary, every Holiday he showed without a gift…every moment that transpired before the moment she knew; it’s all there, but doesn’t need to be said. This one story is enough to tell all the others.

Like “Clean,” “The Moment I Knew” is not her biggest hit, yet the number reveals a competence outside her machine-like ability to write a sing-a-long song with a simple relatable message.

‘Cats’ may have been a disaster, but “Beautiful Ghosts” was not

Cats may have been a debacle, but the number Swift wrote for the musical was not. “Beautiful Ghosts” — from the lyrics to the melody — is haunting in its tale. Beautiful in the depth of darkness Swift enters to relate the lyrics to the existing musical’s narrative. The character at hand doesn’t have a memory of something better— access to visions of “dazzling rooms” she will never be let into; she observes from the corners.

From the dark crevices that catalyze despair, she looks at the world, wanting to be wanted…with nothing to cling to. And while others may no longer have what was before — may have relinquished the pride that once characterized their gate (or should we say, crawl?), they at least have the beautiful ghosts…they remain. Swift taps into the classical style of writing for Cats’ other songs were written a long time ago and for the Broadway stage. A pop number would not have worked. She quickly transitions from her norm to a different medium, and she excels.