Showing her pregnancy progress. Two weeks after Keke Wyatt revealed her baby’s trisomy 13 diagnosis, the singer gave a glimpse of her baby bump.

The Indiana native, 40, posed in an animal-print dress in a Saturday, March 26, Instagram Story post, completing the outfit with black heels. 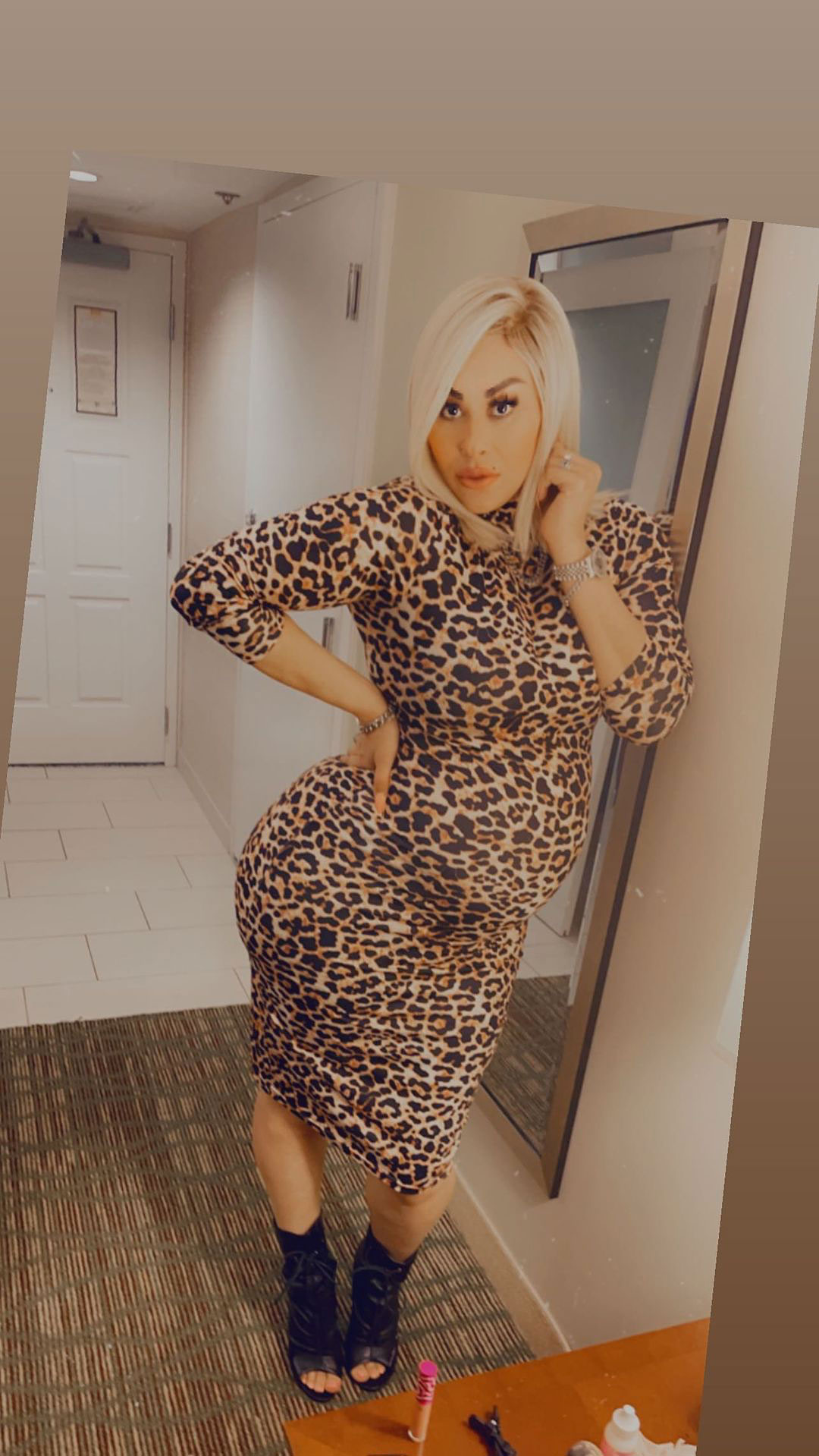 Earlier this month, the Marriage Boot Camp alum announced during a performance that her upcoming arrival tested positive for the chromosomal condition, which is characterized by severe intellectual disability and physical defects.

“I’d like to send a special prayer out for the rude, cruel people that took time out of their day to get on social media and make disparaging and morbid comments concerning my pregnancy,” the former reality star wrote via Instagram following the gig. “This past weekend at my show I was very transparent with my amazing fans (who I see as family) about the status of my pregnancy. … For all of the disgusting people out there that are wishing ill on me and my baby. Say what y’all want about me, I’m use[d] to it. No weapon formed against me will prosper anyway.”

The R&B Divas: Atlanta alum went on to write that criticizing her “unborn baby” isn’t OK, advising the social media trolls to “be careful.”

The songwriter concluded, “Be careful putting your mouth on people. I pray that God gives you grace when Life comes knocking on your front door and you won’t reap what u are sowing. For all of the POSITIVE stories, emails and support I’m getting THANK YOU! I will not let the negativity drain all of my positive energy. I work hard and my husband and I take care of ALL our children with NO help but GODS OK.”

The “Sexy Song” singer and her husband, Zackariah Darring, told her followers in February that they are expecting their second child together, following 2-year-old son Ke’Riah’s January 2020 birth.

Wyatt is also the mother of Keyver, 21, Rahjah, 19, and Ke’Tarah with ex-husband Rahmat Morton, as well as Ke’Mar, 11, Wyatt, 9, Ke-Yoshi, 7, and Kendall, 4, with ex-husband Michael Ford. The actress, who is close with Ford’s daughter Kayla from a previous relationship, welcomed a stillborn baby while married to Morton. The former couple named the late infant Heaven.

Bode Miller and More Celebrity Parents With the Biggest Broods

Wyatt’s children have “mixed opinions” about another sibling joining the family, she exclusively told Us Weekly last month.

“My kids are very real,” the musician said in February. “Overall, they are excited. My kids help me soooo much in every way. Don’t get it twisted, some days they are lazy just like kids and I have to get on their ass. But other than that, they are great.”